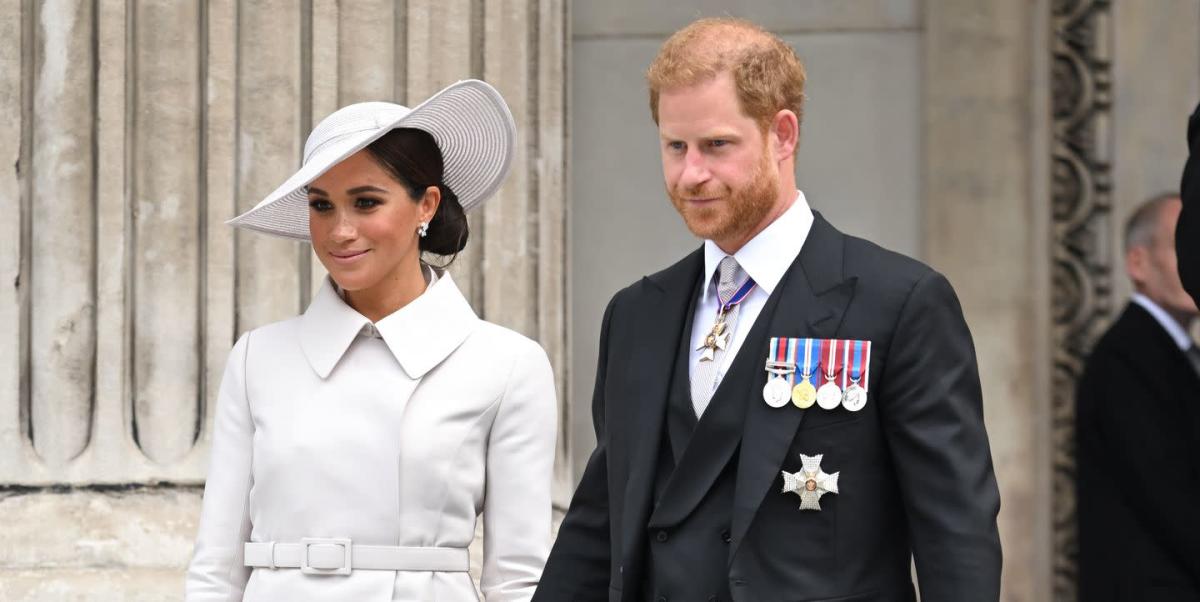 Update for everyone who is confused about Meghan Markle and Prince Harry not being allowed to take photos of their daughter Lilibet meeting the Queen: Netflix is ​​right there with you, apparently!

According to royal biographer Angela Levin, Netflix is ​​”displeased” that the Sussexes were told “no chance” when it came to photographing Lili and her namesake. “That image would have been very valuable,” Angela told The Sun. “Netflix wanted them to get photos with senior royals, and bosses aren’t very pleased with them. That’s why they wanted to go to the service at St Paul’s, so they could be seen in public for their Netflix series, but they would have been astonished at their seats. “

Meghan and Harry went to the service at St Paul’s to support the Queen during her Platinum Jubilee (the entire purpose of their trip back to the United Kingdom!). And while the entire world would be delighted to see cute pictures of Lilibet and Lilibet, that photo would obviously have more personal sentimental value to the Sussexes than anything else.

But either way, the picture didn’t happen. And The Sun Previously reported that Meghan and Harry were told “no” due to the royals’ concern that the photo would be shared.

“Harry and Meghan wanted their photographer to capture the moment Lilibet met the Queen,” a source said. “But they were told no chance. It was a private family meeting. “

Fortunately Lili did get a chance to spend time with her great-grandmother, and while no pictures of them were taken, the Sussexes did release a photo of Lilibet at her first birthday party:

Psst: speaking of that party, a source told The Sun that “it was a lovely do and had everything you’d expect from a child’s birthday party. But there was no formal entertainment. The idea was for it to be very relaxed and casual, with people free to pop in and out as they wished. It was a nice opportunity for the other royal children to meet Lilibet for the first time. “