NBA Draft: For New York Native A.J. Griffin, Playing For The Knicks ‘Would Be A Dream Come True’ 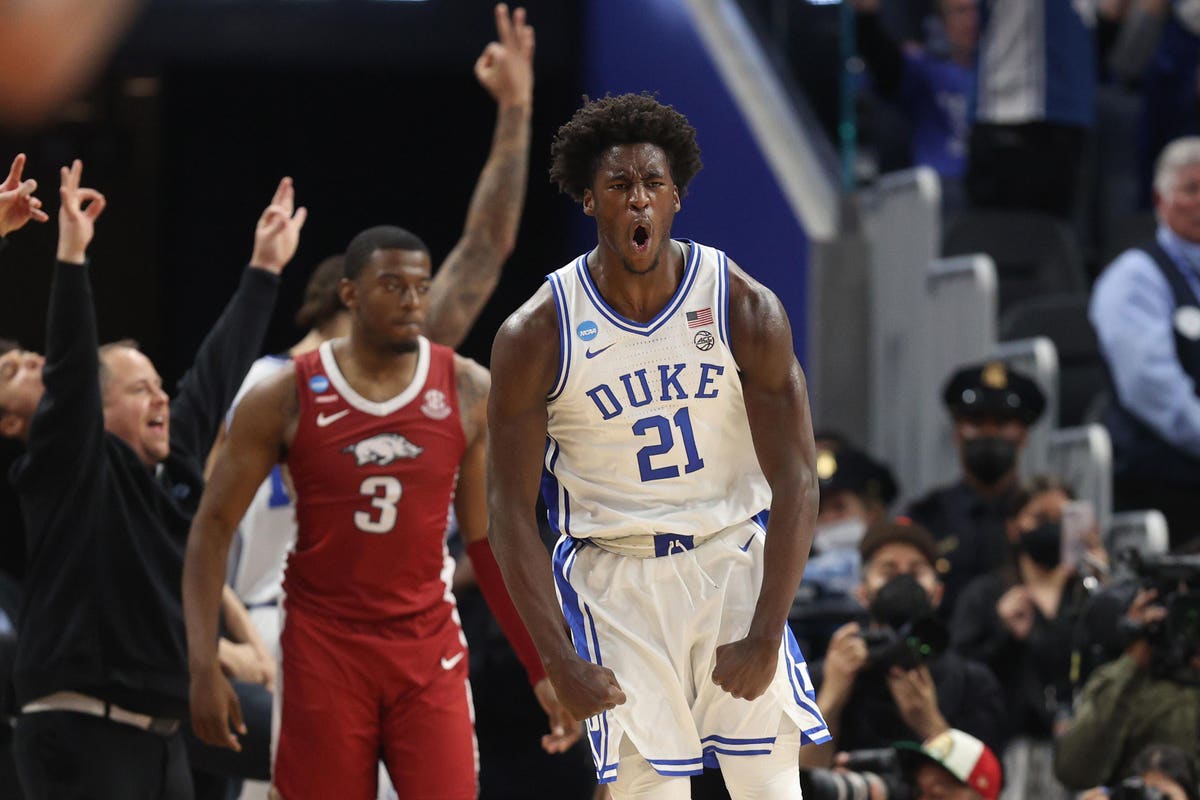 Now after his one-and-done season at Duke, the 6-foot-6 small forward knows there’s a chance his hometown New York Knicks could take him with the No. 11 pick in Thursday’s NBA Draft.

“Playing for the Knicks, that would be a dream come true,” Griffin said Monday on a Zoom call.

“Obviously, I grew up here and I think that would just be a fun time in New York. I know the plays and I know most of the players. It would be really, really, really good. I don’t know what emotions I would be feeling about that [getting drafted by the Knicks.] I just know it would be exciting. I played at MSG two times last year, it’s just an experience like no other. It would just be an amazing experience. “

Despite overcoming a knee sprain to start the season, Griffin averaged 10.4 points and 3.9 rebounds while shooting an astonishing 45 percent from deep this past season in coach Mike Krzyzewski’s final season on the sidelines.

“For us, he had to play a role where his shooting was a weapon,” said Duke assistant Chris Carrawell. “So, we told him, just be the best shooter in the country. But, as these guys are seeing on the next level, they come to workout, he can go off the bounce.

“You are getting a kid who can shoot, he’s going to be able to put the ball on the floor and create shots. His body, I don’t even know if he even understands his body yet. He’s got a great build and he’s got a similar build to Jimmy Butler at this age. So, his best basketball is ahead of him as well. “

Adrian Griffin, AJ’s father, starred at Seton Hall, played nearly a decade in the league and is now an assistant with the Toronto Raptors. Adrian was with AJ at the Draft Lottery in Chicago last month.

AJ’s mother, Audrey, was a track star at Seton Hall. His brother Alan played at Illinois and Syracuse, and his sister Aubrey plays for the women’s powerhouse UConn.

“I always say this, I say always take the pro kid,” Carrawell said. “It’s in the genes, man. Take the pro kid. If you’re dad played in the NBA and we are recruiting the kid, take him. At the worst-case scenario, he’s going to be a 1,000-point scorer and at the best you’re going to get the AJ Griffin’s, the Seth Curry’s, Dunleavy’s, these guys are hard workers, low maintenance, high basketball IQ, and he did all this with missing a year and a half in high school. He missed a lot of time, so his best basketball is ahead of him as well. “

AJ is familiar with the Knicks’ brass and players.

On the night of the Draft, Knicks President Leon Rose, GM Scott Perry and Vice President William “Worldwide Wes” Wesley stopped to say hello to him and his father in a hallway.

Griffin is also familiar with Knicks wing RJBarrett, who was also a one-and-done at Duke before becoming the No. 3 overall pick three years ago.

“I met RJ once or twice,” Griffin said. “We talked for a while. You’re always connected through basketball. It’s more of a mutual friendship. “

He added: “I think just from watching him play and how he plays I think we could be good together. I know he likes to facilitate and get down hill and get spot shots. We’re from Duke and we just got that Duke connection. I feel like that would be cool to play with him and we would really complement each other’s games. “

Aside from the Knicks, Griffin has worked out for San Antonio, New Orleans, Portland and Indiana. The Knicks were his most recent.

Griffin is one of five Duke players in this year’s Draft as they try to match Kentucky for the most players chosen in the first round from one school (2010).

“Going through this process with my teammates, it’s definitely a rare and fun experience,” he said. “You don’t usually get four other guys that are being drafted on the same night. It’s not only fun for me but for my teammates. To go through this process together, it builds that bond even more and I think they’re just excited to see where they go. “