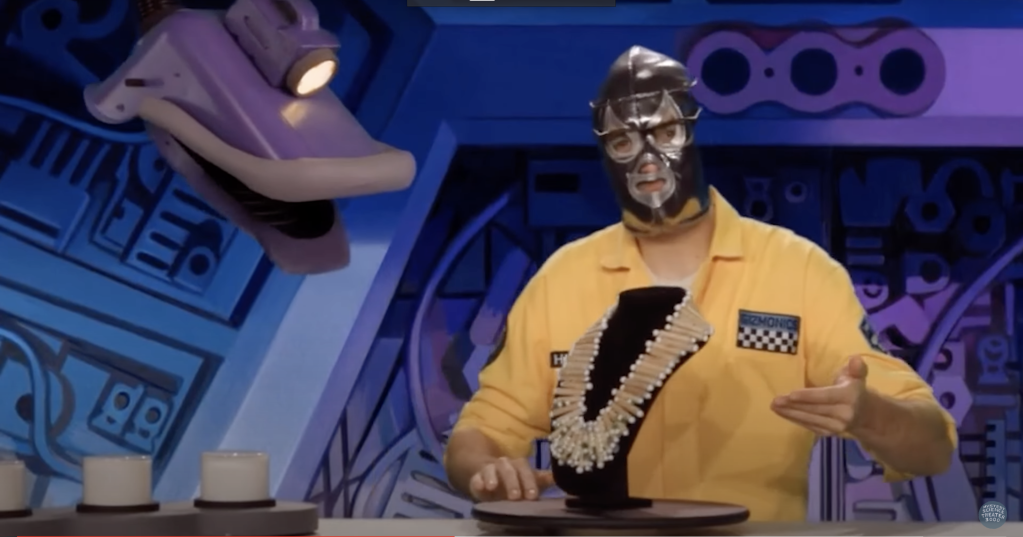 “Mystery Science Theater 3000” is returning for a 13th season, this time on a new indie streaming platform, Gizmoplex.

Created by Joel Hodgson in 1988, the cult show “MST3K” follows a series of ordinary humans captured by mad scientists who subject them to a series of terrible B-movies. To keep their sanity, the humans create a series of companion robots to riff on the films they watch, which are presented on the show in their entirety. “MST3K” has gone through several iterations, initially airing on KTMA-TV Minneapolis, then on Comedy Central and the Sci-Fi channel, for a total of 10 seasons. It was revived for a two season run on Netflix in 2017. The show has been highly acclaimed since its creation, winning a Peabody in 1993, and has helped turn seberal obscure movies into cult classics, such as “Manos: The Hands of Fate. ”

The new revival of “MST3K” will air completely independently, following two successful Kickstarter campaigns, on the Gizmoplex app. The platform will be available through a website and apps, and contain new episodes and shorts of the show, and will host livestreams and special events throughout the season.

The new season will premiere on May 6, with three episodes released over the weekend from Friday to Sunday. After that, new episodes and shorts will release every two weeks. The season will consist of 13 full episodes and 12 shorts. To celebrate the launch of Gizmoplex, every viewer will be able to stream all available classic episodes of the show for free for a limited time. Pricing details are available on the Gizmoplex website.

The show also released a trailer for the upcoming season; view below.

Comedy series “Killing It” will premiere on Peacock on April 14. Created by “Brooklyn Nine-Nine” writers Dan Goor and Luke Del Tredici, “Killing It” stars Craig Robinson as a security guard who enters the world of big snake hunting. an effort to achieve the American dream. Claudia O’Doherty, Rell Battle, Scott MacArthur, Stephanie Nogueras, Wyatt Walter and Jet Miller star alongside Robinson, who executive produces with Goor and Del Tredici. Mo Marable directs the first three episodes, and also executive produces. All 10 episodes will stream on the premiere date. Peacock has also released a trailer for the series; view below.

HBO Max released the trailer for “The Invisible Pilot,” a three-part documentary series about Gary Betzner, a pilot who unexpectedly jumped off a bridge in 1977. When his family and small-town Arkansas community search for answers, a larger caper- filled mystery reveals itself. The show features archival footage, as well as interviews with interviews with Betzner’s wife, ex-wife and children. The docuseries is directed by Phil Lott and Ari Mark, who executive produces with Adam McKay, Todd Schulman, Craig Hodges and Jon Bryant Crawford. The first episode will premiere April 4. Watch the full trailer below.

The Library of American Broadcasting Foundation (LABF) announced that actor and director LeVar Burton will be the inaugural recipient of its Insight Award. He will be honored during the National Association of Broadcasters Show on April 25 in Las Vegas, Nev. Per LABF, the Insight Award “recognizes an individual or organization for an outstanding artistic or journalistic work or body of work that enhances the public’s understanding of the role, operation, history or impact of media in our society.” Burton is best known for playing Kunta Kinte in the TV mini-series “Roots” and Lt. Commander Geordi La Forge on “Star Trek: The Next Generation.” Over the course of his career, Burton has been honored with 13 Emmy Awards, 3 NAACP Awards, a Grammy Award and a star on the Hollywood Walk of Fame. In June, he will host the semifinals and finals of the 94th Scripps National Spelling Bee on television.