My Alopecia Is Not Your Punch Line

Home /Celebrity/My Alopecia Is Not Your Punch Line 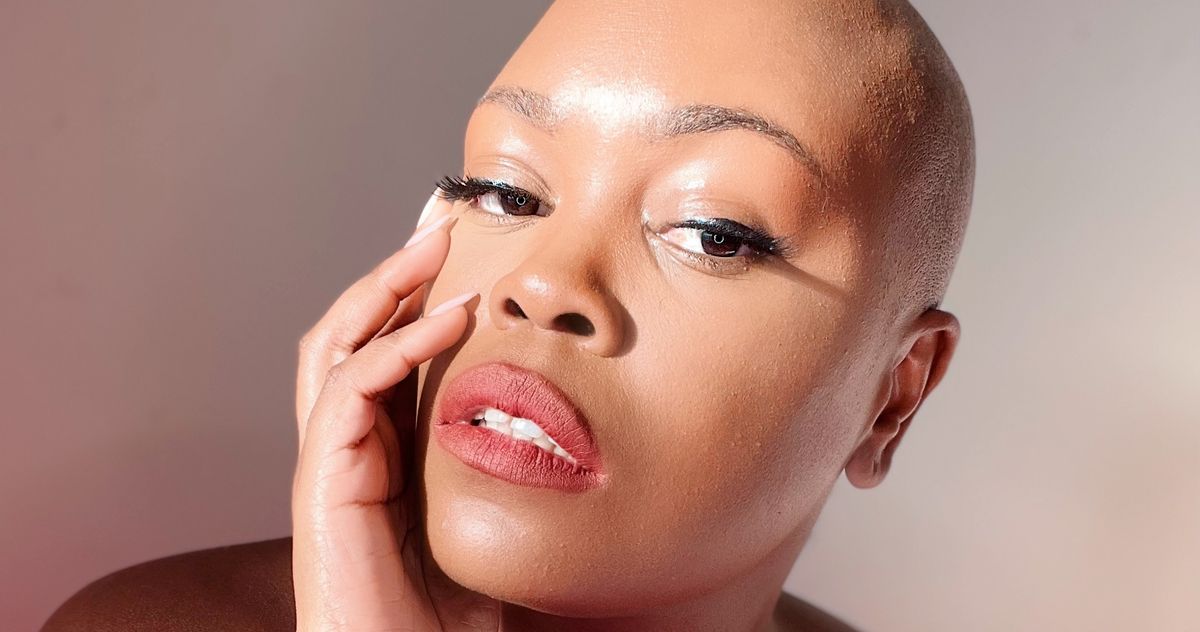 In 2012, just months after having my first child, I found myself in the shower crying into my hands surrounded by my own hair.

Earlier that year, I noticed a small coin-shaped bald patch on my head. I was pregnant with my first child, and, though it worried me, I put it to the back of my mind. As my pregnancy progressed, the patch spread and others appeared. I soon visited doctors, who immediately blamed my hair practices: “Stop braiding your hair,” one doctor said; “Stop relaxing your hair,” said another. I wasn’t doing either.

In fact, four years ago, I had started a successful hair and beauty blog called Natural Belle, in which I talked about my journey to chemical-free Afro hair. My hair practices were actually pretty good – and yet, I had a head of beautiful thick hair that was now rapidly falling out. After dismissing the issue as just a Black Woman Problem, my doctors went on to dismiss it as a Pregnant Woman Problem. Hair shedding was “normal.”

I trusted them. My alopecia worsened.

Through my own research and a visit to a trichologist, I later found out that I had a rare form of alopecia called Central Centrifugal Cicatricial Alopecia (CCCA), an autoimmune condition that is likely genetic and affects mostly Black women.

Last night, I watched as Jada Pinkett Smith was mocked at one of the biggest and most viewed events of the year, the Academy Awards. But while others reacted to the ensuing slap (which I do not condone), I felt a sense of loss and defeat – like all the self-conscious feelings I had been harboring were validated by one flippant remark. I recognized the sadness on Pinkett Smith’s face; it felt familiar.

Women with hair loss have all been ridiculed. Countless women have contacted me saying they have been called names and bullied because of their hair or lack thereof. Seeing it happen to someone as well-known as Pinkett Smith, and by her peers, shows we have more work to do.

What this incident has pulled into focus is just how much understanding is lacking when it comes to alopecia. I’ve seen comments saying, “It’s just hair,” but I ask, Would the same joke have been made if Pinkett Smith was bald due to chemotherapy? Alopecia isn’t seen as a serious condition because it’s “not life-threatening.” Earlier this month in Indiana, a 12-year-old girl died by suicide because of bullying about her hair loss. Words can, in fact, be harmful.

Early on, I wore wigs and extensions, using them as a crutch to hide my alopecia from the world. I became self-conscious of my hair loss, which led to social anxiety that I still deal with. I still find it hard to focus in social settings. I feel extremely self-conscious. I spent so many years hiding my hair loss and worrying about what people thought that I started to not go out and socialize. At its worst point, I thought everyone could see my wig and were laughing at me. So much of my personality was tied to my hair, especially as a Black woman. Culturally, our hair is used as a way to express ourselves. Hair has always been my creative outlet, and, without it, I felt lost.

In 2018, after losing more than half of my hair, I decided to shave it off. I wasn’t ready to do so, but I was tired. At first, I felt unattractive and became obsessed with perfection. I figured if I was bald, everything else had to be perfect. I lost a lot of weight. Alopecia takes away one’s control. By shaving the remainder of my hair off, I was taking that control back.

But, eventually, I started to connect online with more and more women on the same journey as me. This community has helped me feel less alone.

Although I still love wigs – I now have a business dedicated to them – I wear them as add-ons, not something to hide behind. When I saw Pinkett Smith embracing her baldness, I felt validated. A well-known actress normalizing baldness. How powerful. I wish I had seen that represented when I was making that decision for myself. I’m in a good place now in regard to my alopecia, though, every now and then, I’m reminded of how much work is yet to be done in educating people. Last night was just another one of those reminders.

Get the Cut newsletter delivered daily

By submitting your email, you agree to our Terms and Privacy Notice and to receive email correspondence from us.