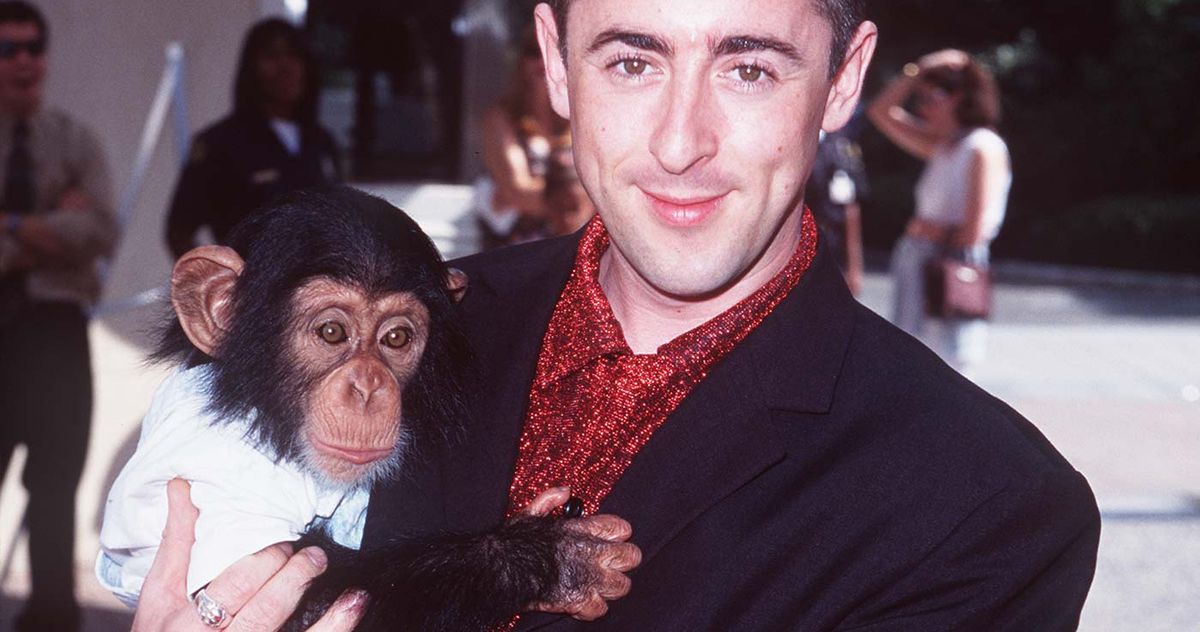 Tonka and friend for the premiere of Buddy.
Photo: SGranitz / WireImage

When all hope was lost, a chimp was found! ’90s movie star Tonka the chimpanzee, of George of the Jungle and Buddyhas been found alive after his owner filed court documents claiming his death last year, reports Rolling Stone. The declaration claimed that Tonka had died and detailed how the animal’s body was cremated in May 2021. However, Tonka never died and was living it up like a college student who’s returned home to their parents, complete with a “60-inch TV, an interactive iPad-like touch device, ”to keep himself busy when he’s not entertaining guests at St. Patrick’s Day parties. However, his staycation came to a close when authorities searched the home of Tonia Haddix, Tonka’s owner, as part of an emergency court order obtained by PETA.

Haddix claimed that she faked Tonka’s death in order to keep him, as a judge ordered her to give up Tonka and six other chimps to the Center for Great Apes sanctuary in Florida. Haddix has been in an ongoing lawsuit with PETA, whose drama has been filmed for a Tiger King–inspired documentary about her chimps and legal battle. When asked by Rolling Stone If she’s concerned about lying under oath, Haddix reportedly laughed and said, “Honey, I’ve been held in contempt of court three times. I have paid $ 50 a day [in fines]. I’ve been through the mill. I’m sure there’ll be some jail time in this. Do I care? No, I don’t care. It’s because it’s about that kid. As long as that kid is safe, I don’t care about anything out there. “

Janice Shirey
Teddi Mellencamp and Other Stars Mourn OBGYN Jay Goldberg After He Dies at 53 While Hiking – E! Online
New York’s Weed Rush Is Here. They Came to Cash In.