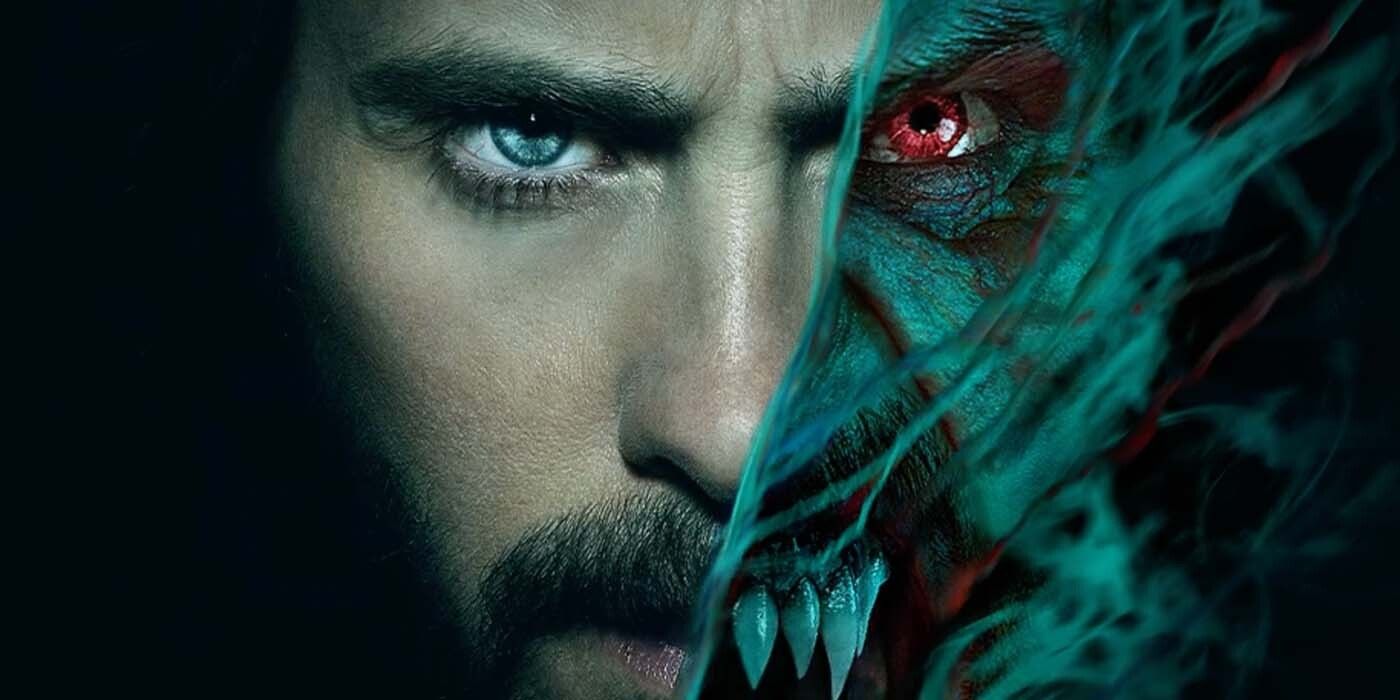 Critics describe a “messy” film that lacks bite in the early reactions to Sony Pictures’ latest entry in its Spider-Man universe, Morbius.

Based on early reactions, the Jared Leto-led movie has almost universally panned with audiences, with several critics pointing to the “messy” and “confusing” plot as well as the film’s outdated CGI. Another issue noted by reviewers is Morbius‘post-credit scenes, which one critic called “some of the worst post credit scenes you’ve EVER seen.” The few compliments for the movie are mainly reserved for Matt Smith’s fun performance as the antagonist, Milo. However, the reactions weren’t all bad, with other reviewers praising a “strong” performance from Leto and the film’s treatment of the horror genre.

Morbius is just as disjointed and boring as you expected it to be.

Clearly butchered in an edit by a studio who had no clue what they wanted to do with it – not that there’s a good film trapped in there.

Mid credits are a joke but stick around if you like rolling your eyes pic.twitter.com/XxDvgYYWPF

In #Morbius Matt Smith gloriously hams up the place and Oliver Wood delivers some visual flare to the action sequences.
Aside from that, the bad plotting & messy cgi, confusing editing & worse sound mix result in absolute incoherence
But the post-credits manage to out do it all pic.twitter.com/NZ878P90z4

Well #Morbius is unfortunately not great (some really shoddy vfx & 00s formulaic plot) & definitely not as fun as Venom. Really confused at the future of the Sony Spiderverse following the post-credits scenes & the editing 🤷‍♀️ Matt Smith is clearly having a blast though! pic.twitter.com/ZCz8aLeUL0

#Morbius proves that no matter how many famous faces or shiny visuals you squeeze in, Sony will always find a way to impressively misunderstand basic storytelling pic.twitter.com/Jxf8bPzi57

Well, #Morbius is about as bad as you were expecting. A 2005 plot collides with visually confusing CGI to create a bit of a snooze fest. But don’t worry, they’ve saved the worst for last. Featuring some of the worst post credits scenes you’ve EVER seen, Sony are off their rocker. pic.twitter.com/TMfVpq95Tn

JaredLeto drops a strong performance to a cautionary horror about the limits a man would go for a cure. Great performances throughout as #Morbius sticks to the horror genre while balancing its comic book roots. Where it goes next remains to be seen! pic.twitter.com/jZ5eumGqQc

#Morbius is an excellent horror tale. Jared Leto manages to give a performance that balances the fragile humanity and the powerful monstrosity within. Along with great visuals and thrilling action Morbius is one hell of a time! pic.twitter.com/zRrQhvVuRe

These early reactions come after recent reports that critics who attended early screenings for Morbius were largely disappointed by the third film in Sony’s Spider-Man Universe, with many deeming it “boring and uncalculated.”

Leto stars as Dr. Michael Morbius, a scientist afflicted with a rare blood disease. During his search for a cure, he tries an unconventional treatment that endows him with vampiric powers such as super-human strength, agility and echolocation. The character was created by Roy Thomas and Gil Kane and debuted as an enemy of Spider-Man in The Amazing Spider-Man # 101. Morbius later received his own comic series, The Living Vampirewhere the character became more of an anti-hero and vigilante than a simple villain.

Trailers for the movie included several references to the wider Spider-Verse, including posters of Spider-Man and footage of Michael Keaton as Adrian Toomes / Vulture, a character he first played in the Marvel Cinematic Universe film, Spider-Man: Homecoming. According to reports, most of these Easter eggs have been cut from the final edit of Morbius, and Keaton’s only appearance is in one of the post-credits sequences. Spoilers for these scenes are already online, and they point to a messy conclusion that contradicts the continuity established within Morbius itself.

Although several critics took the time to praise Smith, the actor remains confused about his role in Morbius. His character, Milo, is a childhood friend of Morbius and suffers from the same rare blood disease. The character is said to take inspiration from Marvel Comics villain Loxias Crown / Hunger, but even Smith isn’t sure, saying that the script didn’t explain much of Milo’s backstory. “It’s all a bit confusing to me, to be honest with you,” Smith said. “I took as my Bible just the actual script, is the honest truth of it. And it was all a bit odd whether it was Loxias [Crown] or not. I’m still not quite sure, to be honest. “

Fans can judge Morbius for themselves when the movie is released on April 1.

Janice Shirey
Trevor Noah sells Bel-Air house for a $1M loss amid Kanye controversy
US will give airlines a break on takeoff rights in NYC, DC