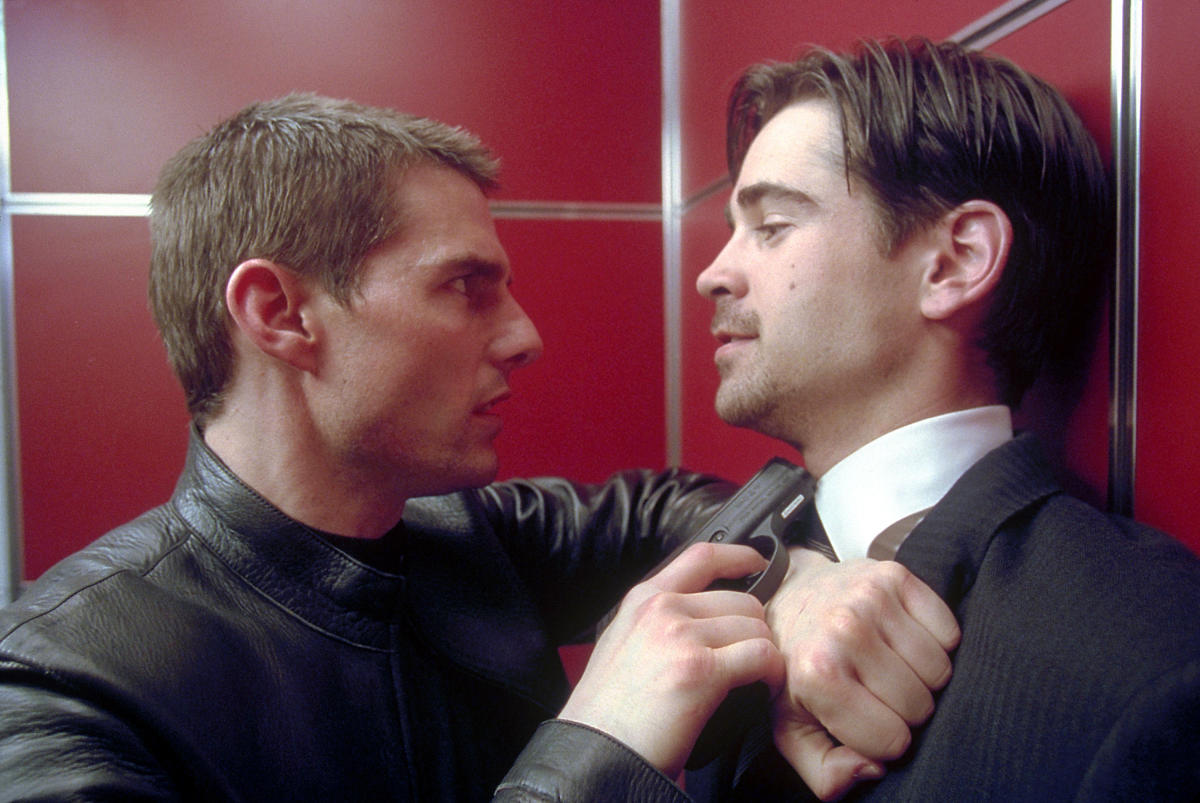 Everything changed for Colin Farrell after TigerlandJoel Schumacher’s 2000 war drama that introduced the early-20-something Irish actor to the world and landed him loud critical acclaim.

“When Tigerland came out, and the film was pretty well received and I got some decent notices, it kind of all went ape s ** t after that. It went mad, ”Farrell told Yahoo Entertainment during a 2016 Role Recall Interview with Yahoo Entertainment (watch above).

“I had these opportunities that were just being thrown at me. It was insane. It was something that I don’t know if you can ever be prepared for the kind of success that was being offered to me so fast, you know? ”

One of those opportunities included a chance to work with both Hollywood’s most famous director and its most famous leading man. The Steven Spielberg-directed sci-fi thriller Minority Reportreleased in theaters 20 years ago on Tuesday, had locked up Tom Cruise to play “precrime” chief John Anderton, who becomes the accused in a futuristic society’s method of arresting people, before they commit a crime, with the help of three psychics known as “precogs.” Matt Damon had a scheduling conflict, and now they needed their antagonist Danny Witwer, agent from the Department of Justice.

“I got a call from my agent saying, ‘Steven Spielberg wants to meet you.’ Which was a shocker. You know, ’cause I’d grown up watching Jaws and Close Encounters [of the Third Kind] and Indiana Jones, ”Farrell recalled. “And we sat down and we talked, and I shared a sardine sandwich with him, which was enough for me. If I didn’t get the role, just share a sardine sandwich with Steven Spielberg – I’d nailed the day. “

Farrell was also bowled over by the experience of working with Cruise.

“I was 24 or 25 and it was my third or fourth film, and I was just going ‘What the hell?’ You know, he’s very competitive and very physically engaged, “he said. “I remember him walking on the set and screaming, ‘Are we making an action movie? Then why don’t I hear action? ‘”

“Did you see the stunts he did on Mission: Impossible where he’s holding onto the side of the plane ?, ”he asked. “I mean, that’s mental illness. That’s not bravery. I mean, that’s mad. “