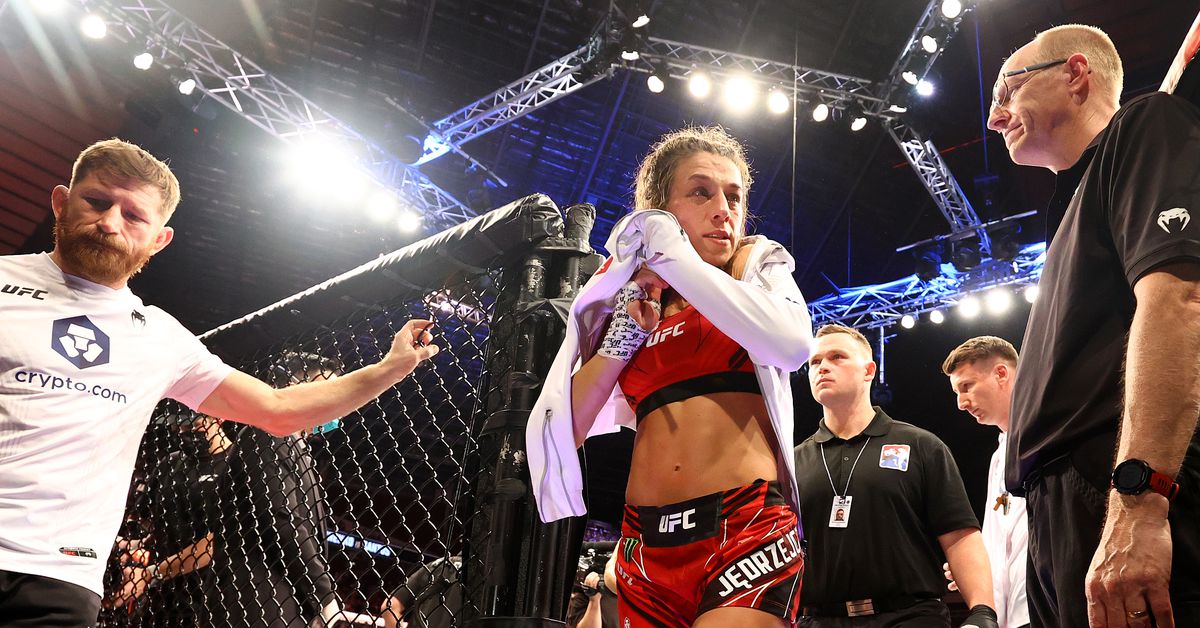 Like many fighters, Miesha Tate was surprised to see Joanna Jedrzejczyk lay her gloves on the canvas at UFC 275. The once-dominant strawweight champ was competitive with Zhang Weili, even in a knockout loss.

“I didn’t expect it when I saw her taking off her gloves off inside the octagon, I was like, ‘What a minute,'” Tate said recently on The MMA Hour. “Because I thought she looked phenomenal. I thought both women looked like elevated versions of theself, and I still think Joanna has a lot to offer should she choose to continue fighting. “

Tate had turned 30 three months ago a unanimous decision loss to Raquel Pennington prompted her to step away from the sport. After five years away from the cage, working behind the scenes in the industry and raising a family, she returned to fighting for one last shot at gold. A win in her return fight against Marion Renau ended in a third-round TKO win; a follow-up against Ketlen Vieira led to a decision setback this past November.

Tate understands why Jedrzejczyk would choose to move to the next chapter in her life, so she can’t blame her fellow former champ for making that move.

“As I’ve come to realize later in my life, and I think what she’s come to realize – and I had an interview with her just a couple weeks ago for our show – and she was so happy and fulfilled, and I recognized that in her, ”Tate said. “She was in a great place, she was going in with a great mindset. I just feel like she’s ready to move on to the next chapter.

“I’ve been in that position before, except now she’s 35 years old, so I do think this is probably a smart decision, because it’s what she wants and what makes her happy, and life is too short to be miserable.

“We’ve got to go out there and find what lights our souls on fire. We get one go-around in this, unless you believe in reincarnation, but we don’t remember our other lives anyways, so basically we get one go-around. I think she’s doing it right – she wants to start a family and she wants to be a businesswoman. “

Jedrzejczyk wants to raise a family and possibly work behind the scenes as a fighter manager. She intends to stay close to the UFC, which she credits for many of the positive things in her life.

Jedrzejczyk’s retirement after her loss prompted an outpouring of gratitude from fighters and fans who remember her decorated run in the octagon. Tate is among those who recognize the former champ as a pivotal figure in the sport.

“She’s phenomenal,” Tate said. “She’s an amazing woman and a phenomenal fighter, and I think she’ll always be recognized as one of the best to ever compete in the UFC.”

Tate, meanwhile, is giving her dream another shot as she drops to the flyweight division to take on Lauren Murphy at UFC 276.