Michael B. Jordan Steps Out at L.A. Nightclub Following Breakup from Lori Harvey 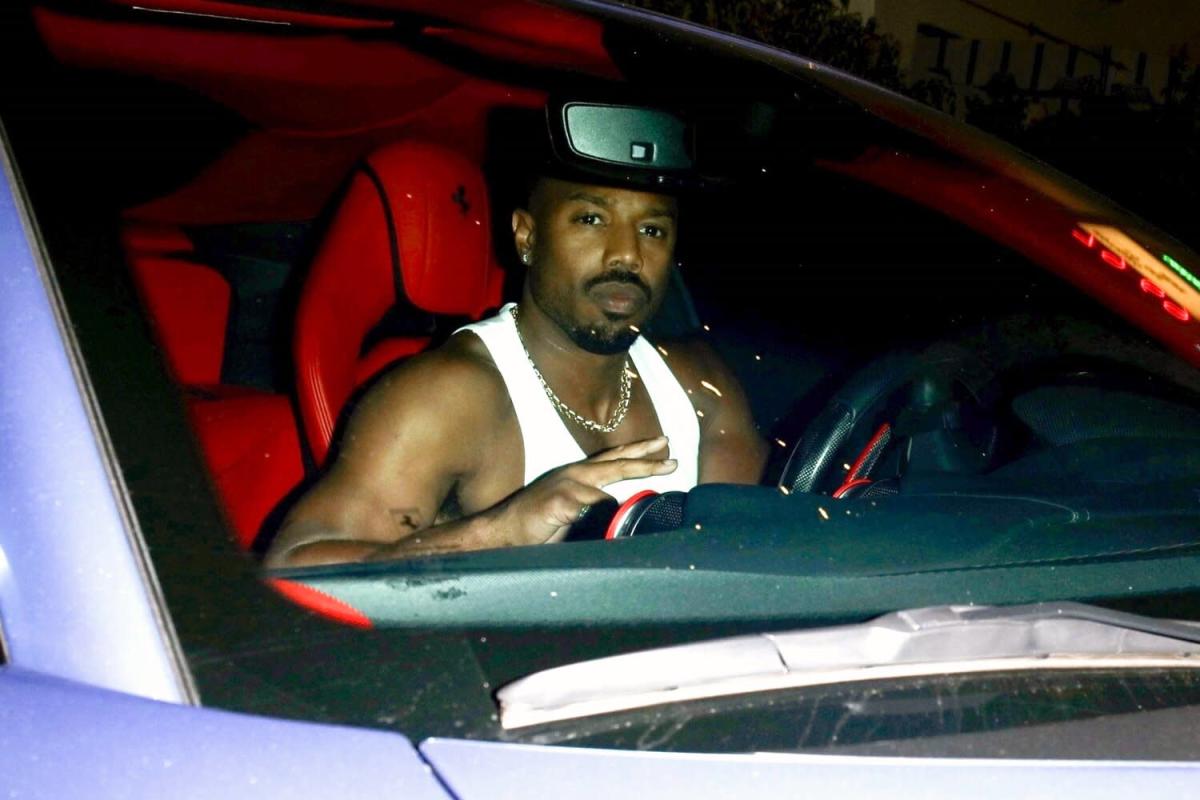 Michael B. Jordan is enjoying a night out as a newly single man following his split from his girlfriend of over a year, Lori Harvey.

On Sunday, the Creed star, 35, spent the night partying at West Hollywood’s Delilah nightclub. The actor was photographed flashing a peace sign from behind the wheel as he arrived at the venue, wearing a white tank top and silver chain necklace.

The night out wasn’t Jordan’s first following the breakup from Harvey. Just one day after PEOPLE exclusively broke the news that the pair ended their relationship, Jordan was spotted at Game 2 of the NBA Finals in San Francisco, as the Boston Celtics squared off against the Golden State Warriors.

Dressed in a black-and-green suit over a white graphic tee and sneakers, he took in the game alongside rapper Cordae.

“Welcome to Chase Center michaelb4jordan 👋, “a tweet from the venue read on Sunday, accompanying a video of the actor in his seat.

A source close to the former couple confirmed to PEOPLE on June 4 that Harvey and Jordan had called it quits after dating for a year and a half.

“Michael and Lori are both completely heartbroken,” the insider said. “They still love each other.”

“Michael matured a lot over the course of their relationship and was ready to commit for the long term. He let down his guard with her, opening up emotionally in a romantic relationship for the first time,” the source added. “They had great times together and brought out the best in each other.”

Reps for Jordan and Harvey have not commented.

A source close to Harvey told PEOPLE on June 6 that the 25-year-old model and influencer “wasn’t ready to commit.”

“She is very focused on her career,” added the insider of the founder and CEO of SKN by LH, who is also the daughter of Steve Harvey.

According to the insider, Harvey “realized that they weren’t on the same page” while she and Jordan “were making plans for their future.”

“She still wants to have fun and be free,” the source said. “Michael is a great guy. She is sad that their relationship didn’t work out, but she is moving on.”