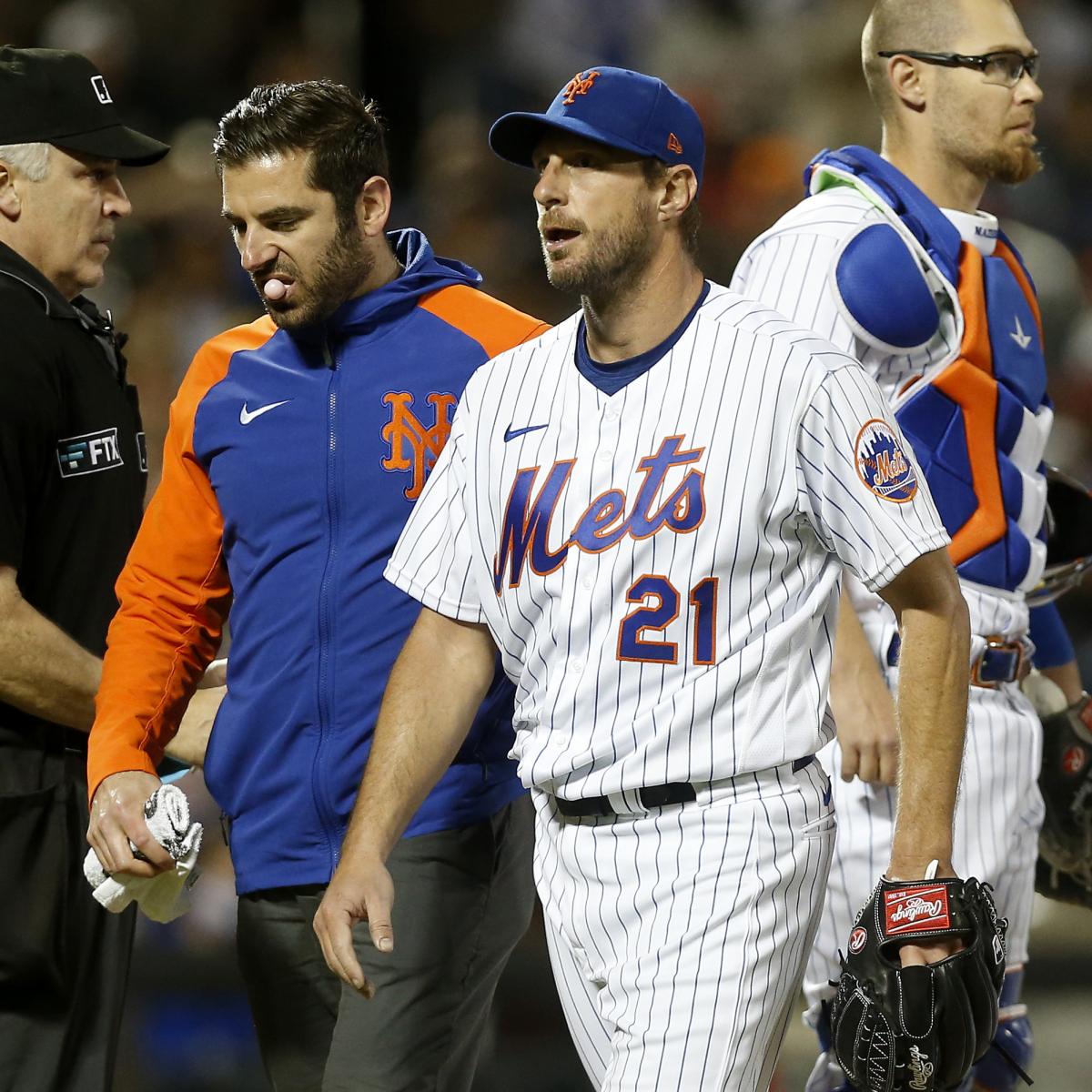 A lot has gone right for the New York Mets in the early going this season as they’ve built a commanding lead in the NL East standings, despite being without ace Jacob deGrom since the start of the campaign and co-ace Max Scherzer for the last few weeks.

However, that doesn’t mean there aren’t at least a few red flags looking forward to the remainder of the season.

Closer Edwin Diaz has not been nearly as dominant in May, the health of Scherzer and deGrom remains a major X-factor, and the lineup has not fared particularly well against left-handed pitching, despite strong offensive numbers overall.

Ahead we’ve taken a closer look at the Mets’ biggest red flags through the first two months of the season.

At surface level, Edwin Diaz is having a terrific season once again in the closer’s role for the New York Mets, tallying 11 saves with a 2.61 ERA and 38 strikeouts in 20.2 innings.

However, a closer look at his recent performance reveals some cracks.

With Drew Smith also taking a small step backward this month after a brilliant start to the season, the Mets can’t afford to have Diaz struggling in the late innings, as there is no other proven closer on the roster capable of stepping into the role. .

The Mets have one of the best offenses in baseball, ranking among the MLB leaders in team batting average (.268, first), team OPS (.751, second) and runs scored per game (5.22, second).

However, a deeper dive beneath the surface shows a bit of a red flag against left-handed pitching.

When southpaws are on the mound, they check-in 11th in team batting average (.248) and 15th in team OPS (.714), and those numbers looked significantly worse before they lit up a struggling Patrick Corbin for 12 hits and seven earned runs in 4.1 innings on Tuesday night.

How many starts are the Mets going to get out of Jacob deGrom and Max Scherzer this year?

The answer to that question could ultimately determine whether they are able to make a legitimate run at a World Series title. Props to Chris Bassitt, Carlos Carrasco and Taijuan Walker for holding it down in their absence, as well as Tylor Megill and David Peterson for their unexpected contributions, but they need their aces healthy.

Scherzer is on the shelf with an oblique strain, which can often turn into a nagging injury for pitchers given the torque that goes into delivering a pitch.

deGrom has not yet made his 2022 debut after being diagnosed with a stress reaction in his right scapula, and while he could be back as soon as late June, his injury woes go back to last season when he didn’t throw a pitch after July. 7.

The Mets have done a great job continuing to pile up wins without two of the best pitchers in baseball, but they need that duo healthy when it matters most.

All stats courtesy of Baseball Reference and accurate through Tuesday’s games.