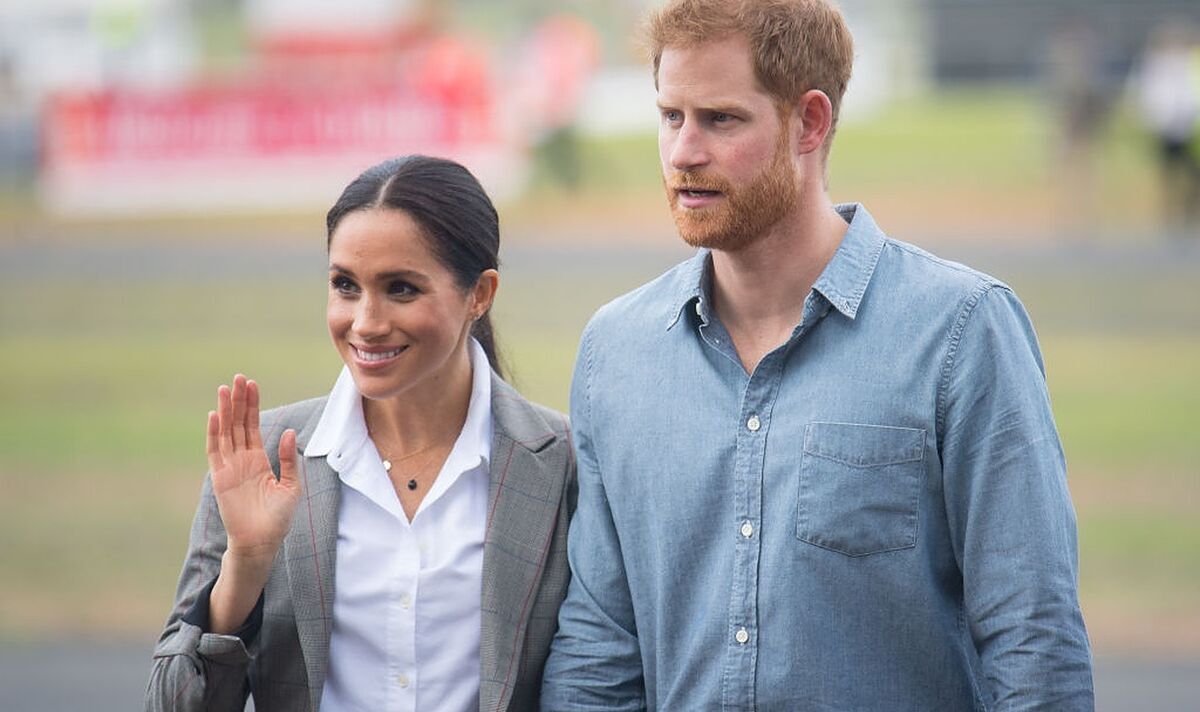 The Sussexes secretly arrived by private jet and were greeted by three of the Queen’s protection officers, reports claim. Bullet-proof cars took them, plus children Archie, three, and Lilibet, one on Saturday, from Farnborough Airport, Hants, to Frogmore Cottage, Windsor.

An insider told the Sun: “The Queen believed it was the right thing to do.”

An official photograph of the Queen has been released ahead of celebrations to mark her Platinum Jubilee.

The portrait, by Ranald Mackechnie, was taken at the Victoria Vestibule at Windsor Castle earlier this year.

In her Jubilee message the monarch thanked people for organizing events to celebrate her milestone, saying “many happy memories” would be created.

Millions are gearing up for street parties to mark 70 years on the throne over the four-day bank holiday weekend.

There are also a series of official events starting with Thursday’s Trooping of the Color parade and ending on Sunday with a Jubilee Pageant through London.

In her Jubilee message the monarch said: “I continue to be inspired by the goodwill shown to me, and hope that the coming days will provide an opportunity to reflect on all that has been achieved during the last 70 years, as we look to the future with confidence and enthusiasm. “

In a message shared in today’s official Platinum Jubilee program, the Queen sent her thanks to the millions preparing street parties and hanging out the bunting.

On Thursday evening, more than 3,000 beacons will be lit across the UK and the Commonwealth in tribute to the Queen, with the Tree of Trees beacon illuminated outside the palace.

The monarch is to lead the lighting of the principal Jubilee beacon in a special ceremony at Windsor Castle, Buckingham Palace said.

Ernesto Castro
Oil prices slide after report Saudi Arabia could step up if Russian output dips under sanctions
Breeders: Season Four? Has the FX TV Series Been Cancelled or Renewed Yet?