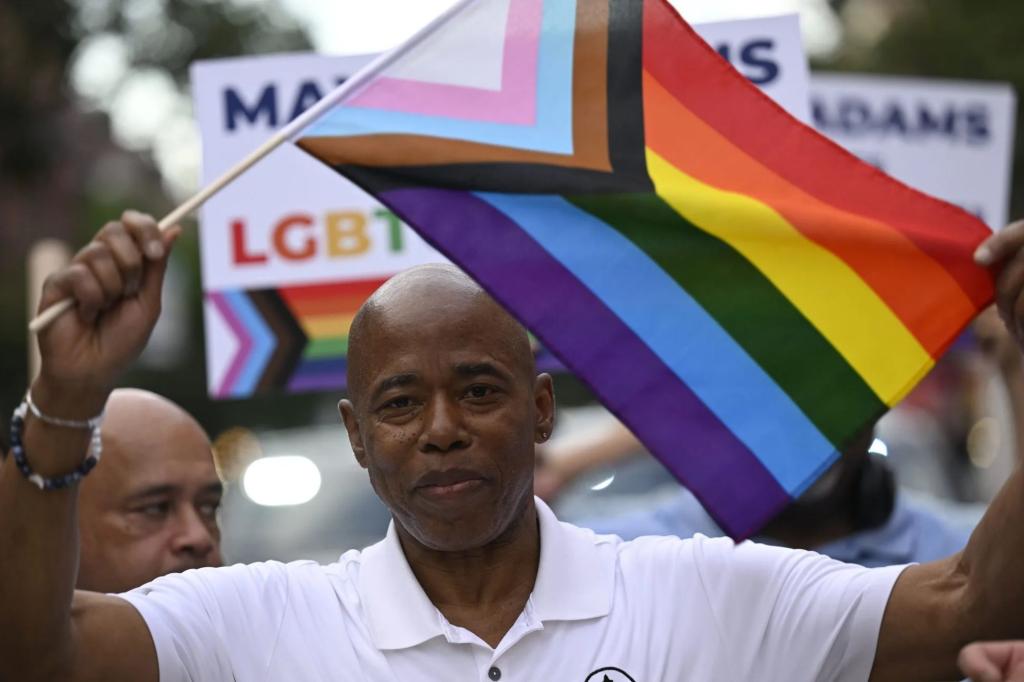 Mayor Eric Adams was booed and jeered at a Brooklyn Pride parade Saturday night, as many in the city’s gay community continue to take issue with his appointments of ministers with histories of homophobic remarks.

Some parade-goers yelled “f – k you” at the Democrat as he marched through Park Slope amid a steady stream of Bronx cheers.

“Mayor Adams has supported two homophobic pastors that he has representing him who have made transphobic comments and made the city a less welcoming place,” the hackler told The Post.

“He appoints homophobic people into positions of power and I’m sorry we are in the 21st century and that is not OK,” said a woman named Liv.

“I just can’t believe he’s here. It’s really upsetting, “she said. “He needs to do better. He shows up to Pride and then appoints people who literally don’t believe in gay marriage. Why would you do that? ”

One disgruntled New Yorker even threw an empty water bottle at Hizzoner, according to footage from City and State.

Adams, 61, seemed unfazed by the jeers, even telling The Post that middle fingers directed to him from revelers were actually a form of affection.

“See that’s love there,” he said, laughing and pointing to two women who flipped him the bird.

“To the 10 to 20,000 people out here that love me and know that I’ve been a hard fighter and the three people that don’t, what are you going to say? This is New York. It’s part of the love you have, ”the mayor said, while smiling.

Adams did also receive cheers from many in the crowd and stopped to take pictures with supporters along the route.

Four prominent LGBT political groups pulled out of attending a Gracie Mansion Pride reception last week in connection with the appointments of Salgado and Fernando Cabrera.

“Mayor Adams has tested the boundaries of the LBGT community to see where he can overstep – including who he can afford to disregard for the sake of his own interests,” the Lambda Independent Democrats of Brooklyn, Stonewall Democrats of NYC, Equality New York and Lesbian and Gay Democratic Club of Queens wrote in a joint statement.

Cabrera, a former City Council member appointed to serve as a senior adviser to Adams, once traveled to Uganda and applauded leaders there for passing a “Godly” bill that allowed for the execution of gay people.

Salgado, who serves as a top official in the Mayor’s Office of Immigrant Affairs, once labeled homosexuality as a “mortal sin.”

The appointment of Brooklyn Pastor Gilford Monrose to the Mayor’s Office of Faith-Based and Community Partnerships has also garnered controversy.

As state senator, Adams voted in favor of gay marriage in 2009 and gave a rousing emotional speech in favor of the historic bill in Albany.