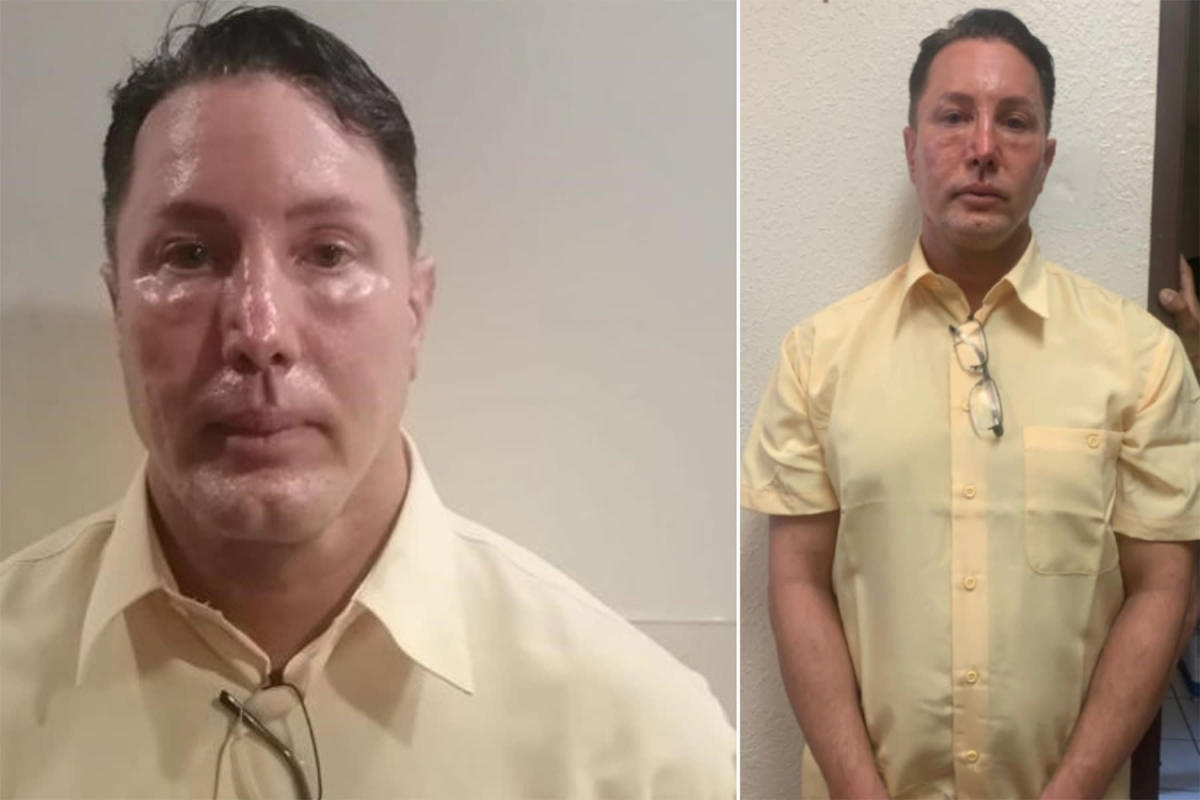 A man wanted for questioning by the FBI in the disappearance of his girlfriend has a chilling criminal history of stolen identities, disguises, and aliases, according to news reports and court documents obtained by Rolling Stone.

The San Diego FBI released a statement last Friday asking for the public’s help finding 50-year-old Tyler Adams. The feds want to speak with him about the disappearance of his girlfriend, Racquel Sabean, a Navy veteran. According to Mexican authorities, Sabean’s remains were found under a blanket in her car in Tijuana. Sabean’s family also posted about her death on social media. (The FBI has not independently confirmed the identity of the remains.)

A representative for the San Diego FBI tells Rolling Stone that Sabean and Adams – both US citizens – were living together in Mexico at the time of Sabean’s disappearance, and that Adams is the presumed father of Sabean’s seven-month old baby, Valentina, who was reported missing June 10 before being found safe last week.

Adams has a vivid criminal background. The FBI noted that Adams goes by over a dozen aliases, and according to a 2013 Honolulu Star-Advertiser In the article, Adams was known as a “master of disguise” even then. Adams reportedly moved to Hawaii in 2007, where he adopted multiple fake identities including Kevin Kennedy, as well as Lance Irwin and Michael Whittman, names he allegedly used to impersonate law students. He also created five fake businesses and began cashing huge fake checks at two banks, ultimately defrauding them out of more than $ 120,000, and stole a $ 5,000 diamond ring from Costco. According to court documents, he was charged with three felony counts of theft in 2009, and pleaded no contest in 2013.

The plea in Hawaii reportedly came with an automatic 10-year prison term, but when Adams admitted to the charges, he was already serving 14 years in California for a $ 3 million fraud conviction. For that case, court records show Adams was charged in 2009 with multiple theft and fraud counts. During the course of that trial, he cycled through several attorneys and periods of representing himself. He was also examined for competency at three points during the trial, including a final time when, according to court records, his lawyers claimed he attempted to take his own life. He was found competent each time to stand trial.

According to a 2012 article in the San Diego Reader, Adams admitted to 48 felony counts in that case, including using his parents’ identities, often forging their signatures to buy real estate and other things. He also collected commission on some of his own property purchases by posing as the loan officer and real estate agent. When Adams’ stepfather called the cops in 2007 to report identity theft, Adams fled to Hawaii. The San Diego Reader reported that a prosecutor in Hawaii described Adams as “con man, a sociopath who had no regard for the victims’ property or those who might be affected by his criminal activity.” Adams is currently wanted in Hawaii on a September 2020 warrant for a May 2019 incident in which he escaped from custody.

According to the FBI, Adams was briefly detained by Mexican authorities last week in relation to the Amber Alert issued for the missing baby. The agency said Mexican authorities questioned him about Sabean at the time, but he was “uncooperative.” Last Thursday, Adams entered the United States using the alias Aaron Bain at the San Ysidro Port of Entry.

Ernesto Castro
Rumor: Is Brent Burns in the Islanders’ Sights?
‘Father Of The Bride’ Draws HBO Max’s Biggest Audience For A Streaming-Only Film