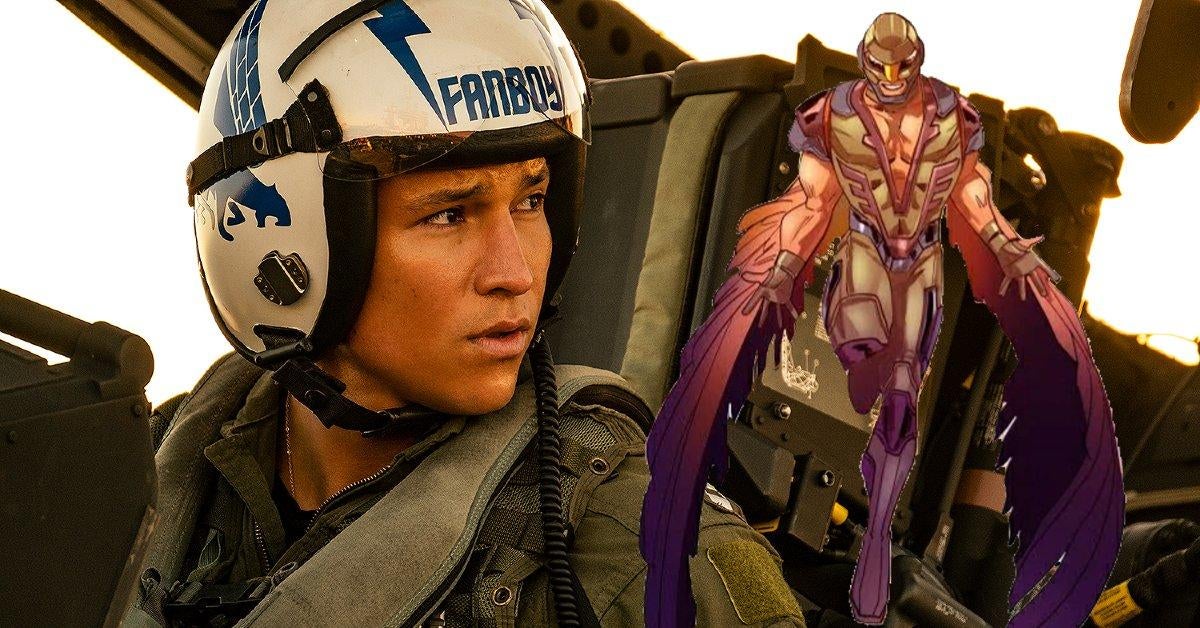 With Anthony Mackie officially taking on the mantle of Captain America, there’s a void left for someone to pick up the role of The Falcon. Luckily, The Falcon and the Winter Soldier introduced Danny Ramirez’s Joaquin Torres to the Marvel Cinematic Universe. While Ramirez had a small role in the Disney + series, his character became Falcon in the comics after Sam Wilson shared the Captain America mantle with Steve Rogers. Ramirez is currently starring in Tom Cruise’s box office hit Top Gun: Maverick, and has addressed the likelihood that he will be the MCU’s next Falcon.

Danny Ramirez was a guest on Jimmy Kimmel Live, where he was asked his thoughts on replacing Anthony Mackie as Falcon in the MCU. The actor gave a cryptic response back, dodging the question while also putting the focus back on his role in Top Gun: Maverick as Lt. Mickey Garcia. “Well, I’ve taken to the skies, I love the skies now more than ever … I think, if I were to do that, I’d have to do it practically, I can’t go back now,” he said.

Falcon and Winter Soldier saw Sam Wilson gift Torres his Falcon wings after they were damaged in a fight against US Agent. Many fans saw this as a “passing the torch” moment, signaling Torres eventually graduating to Falcon status. Ramirez was excited about his MCU possibilities as Falcon and Winter Soldier reached its finale. Playing Torres “so far has been such a joy,” Ramirez told TVLine ahead of Episode 6. “It’s all been positive memories being a part of this story, that I would 100 percent say yes [to more]. Without a doubt, no questions asked. Where do I sign? “

Ramirez hopes to “suit up” as the new Falcon – a trajectory taken by his comic book counterpart – but when asked if Torres might make his superhero debut in the series finale, Ramirez said: “You will have to wait and see. But there’s A lot of exciting stuff down the road, maybe, from what I’ve been hearing…. There’s a lot of things to be excited about, for sure. “

The actor dodged another Falcon question from ComicBook.com while promoting Hulu’s No Exit film in February. “I can’t confirm, deny I do anything, say anything,” Ramirez said with a laugh. Earlier in the interview, a housekeeper in the hotel he had been staying at knocked on the door. That was [Marvel] knocking on the door, “Ramirez’s No Exit co-star David Rysdahl joked. Ramirez added, “Yeah, that was literally saying to them, ‘Remember!'”

You can see Danny Ramirez in Top Gun: Maverick, which is now playing in theaters. Let us know if you’d like to see him return as The Falcon in the MCU down in the comments!