In the Deception offices, BLQ says the news about Sasha has hit the media, so they need to make a statement. Together Maxie and Brook Lynn whip up a release dedicated to standing by their Deception family while also supporting mental health causes with a one-million-dollar donation. BLQ then excuses herself to get it to PR.

Maxie confides in Lucy that she’s glad Martin is representing Sasha. Lucy praises his work, but Martin also sees the bigger picture which means protecting all of them. Lucy believes it’s for the best that Sasha steps down as the face of the company. She swears Sasha will always be their friend and partner, but this is just business. Maxie tells her that as head of this business she can tell Sasha. 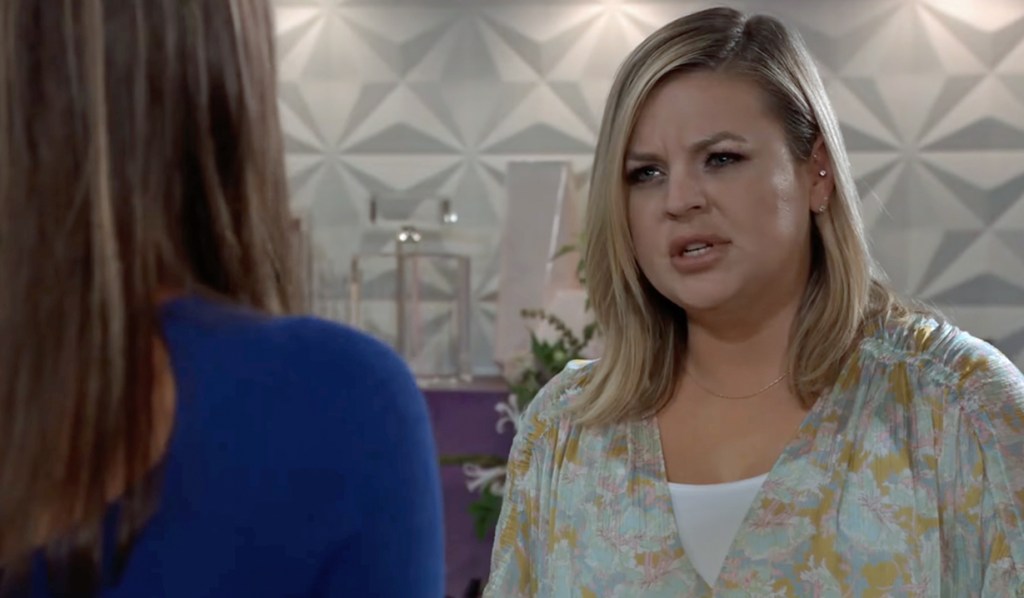 Dante finds Chase floating in the Metro Court pool. Chase asks if he spoke to his friend at the community review board. Dante did, and his guy on the inside feels the chance of Chase getting his badge back is slim. Chase feels defeated but needs to find a way to pay his rent. Dante asks if that means he’s taking a job outside of the force. Linc appears and notes, “It’s a good thing he has options.” Dante orders Linc to get lost. Chase asks for a moment with Linc, so Dante walks off, but not before advising his partner not to lose his cool again. 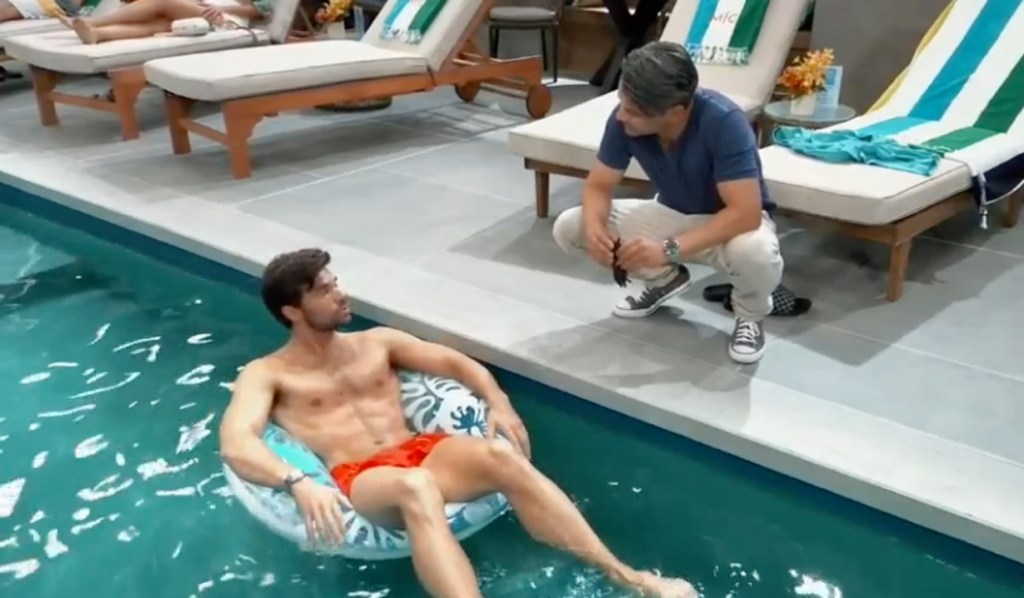 Linc informs Chase he’s already booked him a gig at the Savoy and has his eyes set on a bigger venue in New York next. BLQ arrives as Linc tells Chase that when he’s done with marketing him, everyone is going to want to be him and be with him. Brook Lynn lashes out that Chase is more than a piece of meat, he’s a beautiful artist. 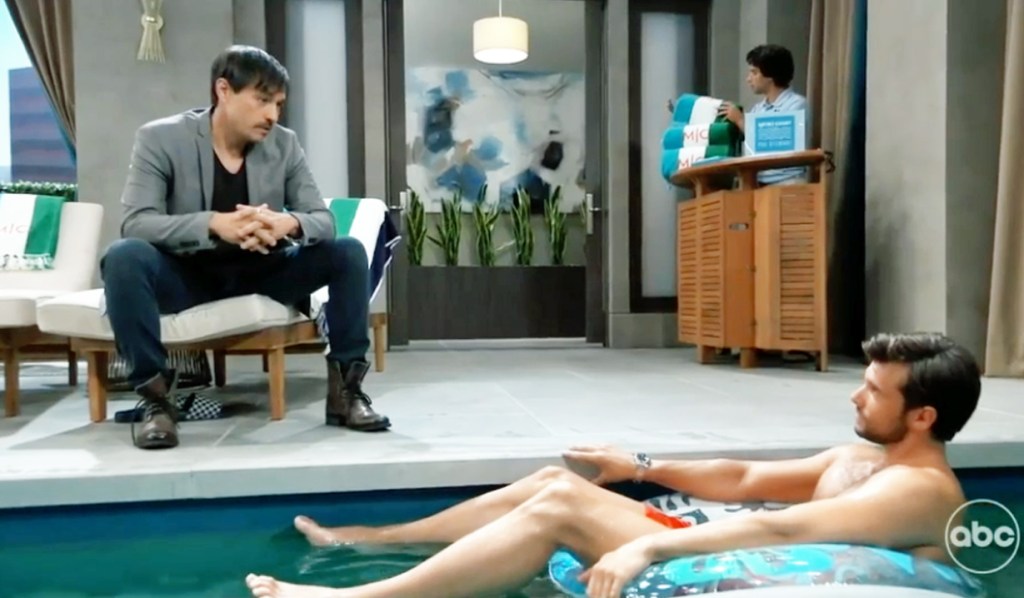 Linc lays out his plans to start recording a track right away to Chase, which will lead to instant revenue. He also offers to fund his studio time, vocal training, and wardrobe. BLQ teases she can offer Chase something better, herself. She says she’s a songwriter too, and they could collaborate and split the writing profits. She walks off to give him time to think, and Dante grabs her. 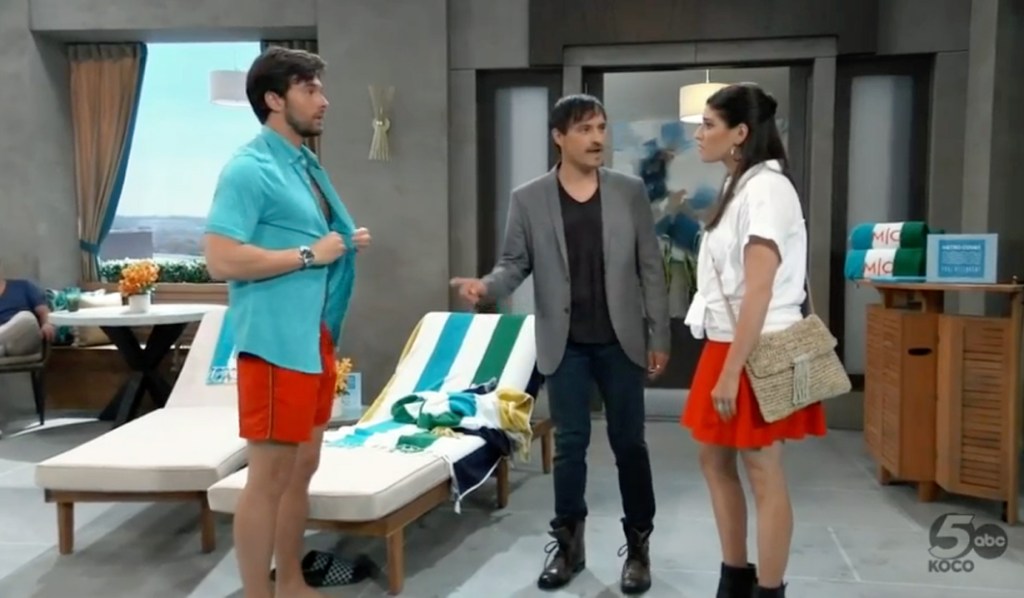 Dante applauds Brook Lynn’s little performance but knows a con when he sees one. Brook Lynn swears Chase has a future as a songwriter, but Dante wants to know what game she’s really playing. Meanwhile, Linc warns Chase not to play a player because he sees exactly what BLQ is up to. 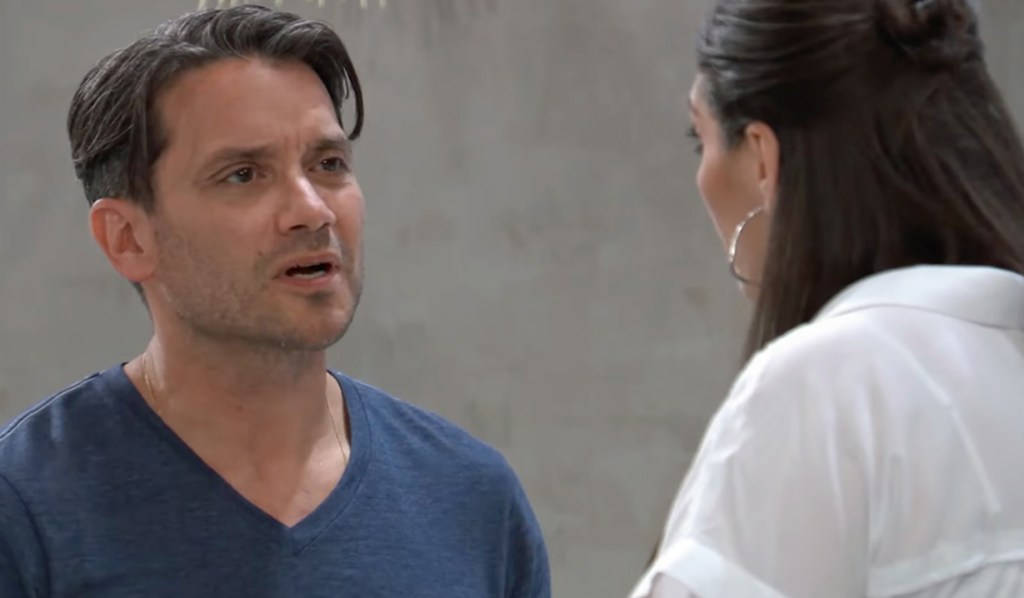 At the Metro Court gardens, Spinelli and Sam meet to discuss her latest case. As she updates him on Felicia’s suggestions, he’s transfixed on Cody and Britt. Sam calls him out and asks what is going on with him. Spinelli doesn’t trust Cody, but she notes he’s Dante’s oldest friend and Leo loves him. She wants him to focus on their work trip, but he claims he’s too busy to leave town. Sam asks him exactly what it is he does for work lately. 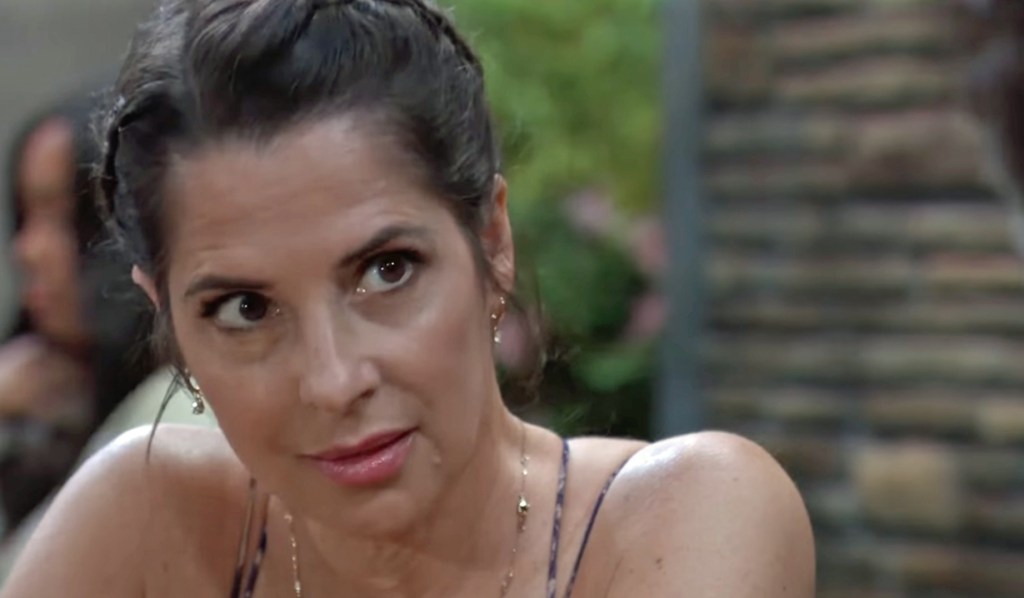 Spinelli masterfully redirects the conversation to how things are going between her and Dante. She admits he invited her to move in, and she’s hesitant to do so because things are going so well as they are now. Maxie appears and joins them and sees Britt with Cody by the pool. She thinks they look like they are getting along, and she likes Cody. Sam agrees, and Spinelli vents they both couldn’t be more wrong. He storms off. 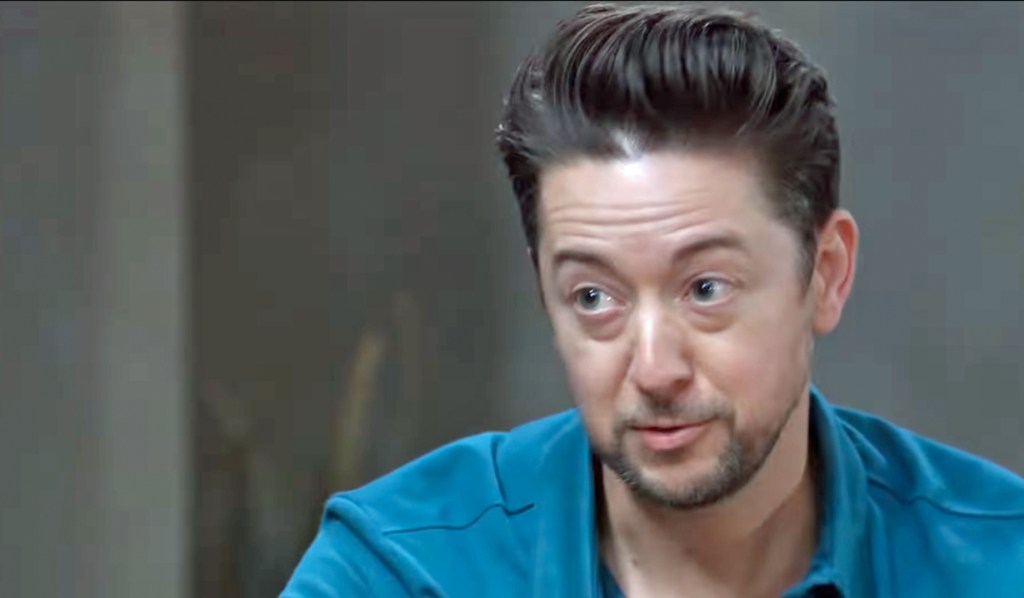 Cody talks to Britt, who tells Cody point blank that she doesn’t like him. Cody admits he doesn’t always say the right things, but she is unforgiving when it comes to human frailty. He asks her to look at things from his opinion. He admits he went overboard on his date trying to impress her but she accepted his apology. Then she found a way to be upset with him again, and he feels she punishes people who don’t stand up to her ridiculously high standards. 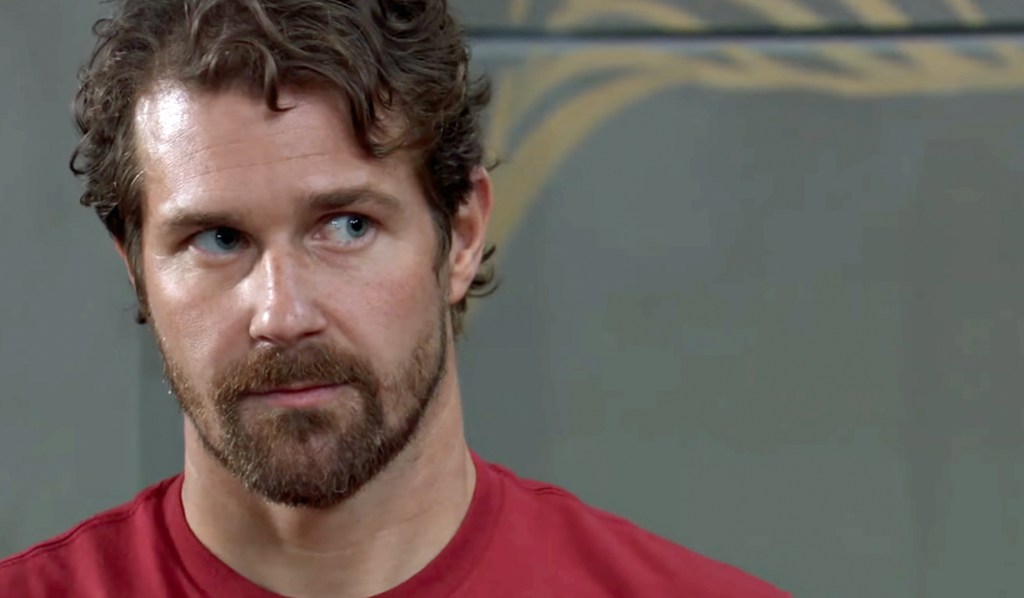 Britt confesses that he’s got her number, and she intentionally avoids people a lot of the time. He tells her that means people don’t get to know her. He then presents her with the card he made. She can’t believe he was just carrying it around in case he bumped into her, and wonders how he knew she’d be here. He claims Maxie told him about their brunch date. She opens the card, which is an apology, and asks for another chance. She thinks he’s never going to take no for an answer, so she picks the restaurant and meal this time. 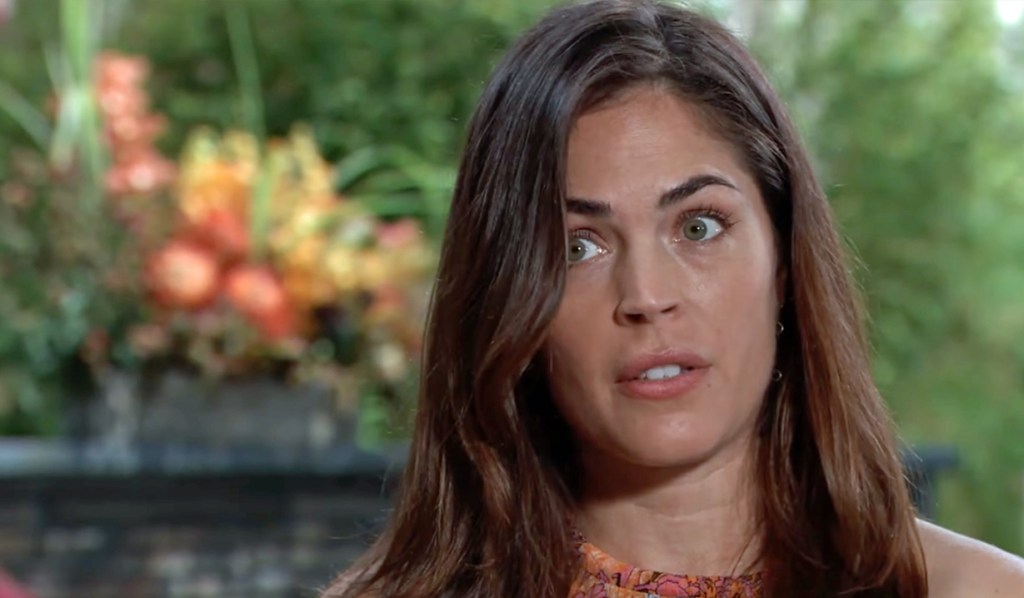 Sam and Maxie approach Britt and Cody, and Britt pulls Maxie aside. She asks if she forgot about their brunch. Maxie explains she was doing damage control at work, and Britt says she’s sorry about Sasha. Maxie gets excited when Britt shows her the gift Cody made her, and learns that they are going on a second date.

Britt grabs a pool chair, and Maxie joins Cody and Sam. He thanks them for their support, which he’s not getting any of from their friend Spinelli. Sam asks if he knows why Spinelli seems to dislike him so. Cody claims he has no idea. Meanwhile, Spinelli approaches Britt and warns her not to go out with Cody again.

More: How to keep watching Days of Our Lives

In the PCPD interrogation room, Martin gives Sasha some coffee so she can appear sharp, but she sits there speechless and in a catatonic state. Outside, Gladys brings Brando some fresh clothes for Sasha. Martin exits the room and runs down the list of charges Sasha is facing, including attempted murder. 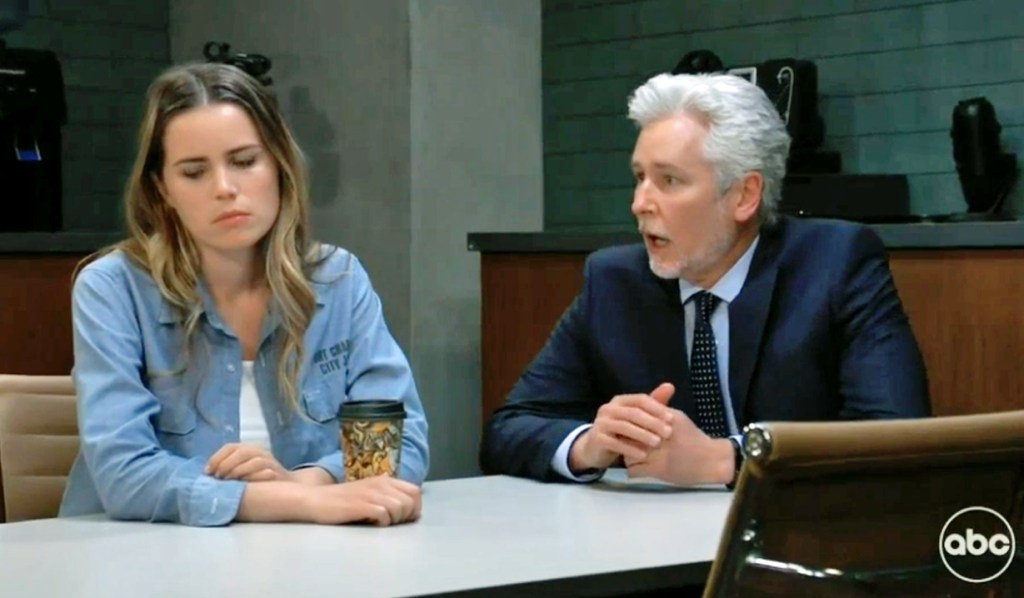 Brando asks Martin how they will beat these charges. The lawyer admits they can’t. Martin notes the dashcam video of Sasha has gone viral, and she needs to demonstrate her commitment to intensive therapy and restitution. Brando doesn’t know if Sasha can confront this. Martin understands and there is only one other way to keep her out of prison. He explains someone could become Sasha’s guardian. 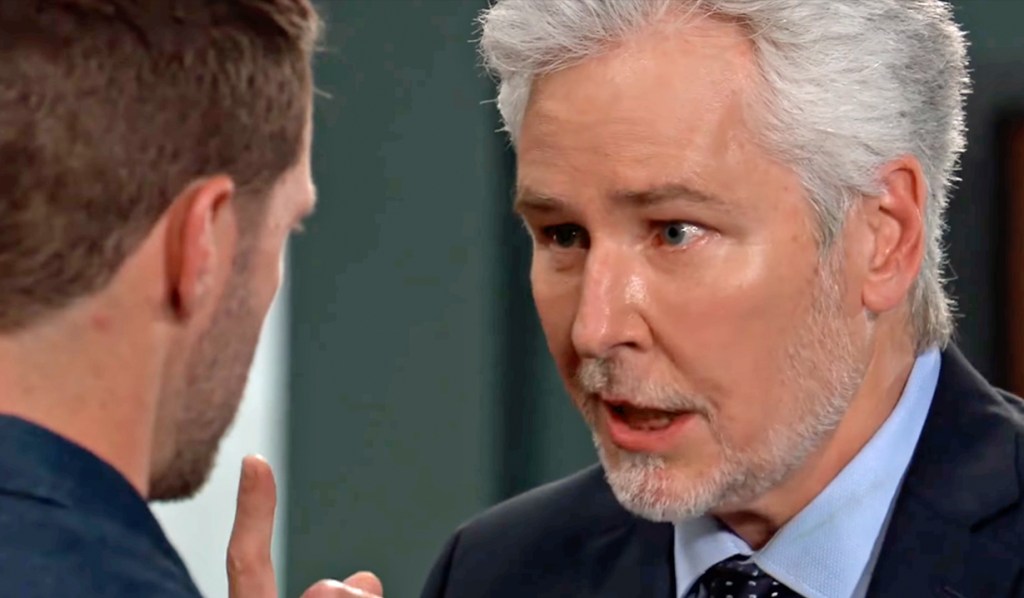 Back in the interrogation room, Gladys asks Sasha why she did it. Sasha finally speaks and insists she was standing up for herself and would do it again. She is so tired of being exploited. Gladys understands but asks if she isn’t also tired of feeling out of control. Gladys expresses she isn’t acting like the daughter-in-law she’s come to know and love. However, she promises to do whatever it takes to help her. 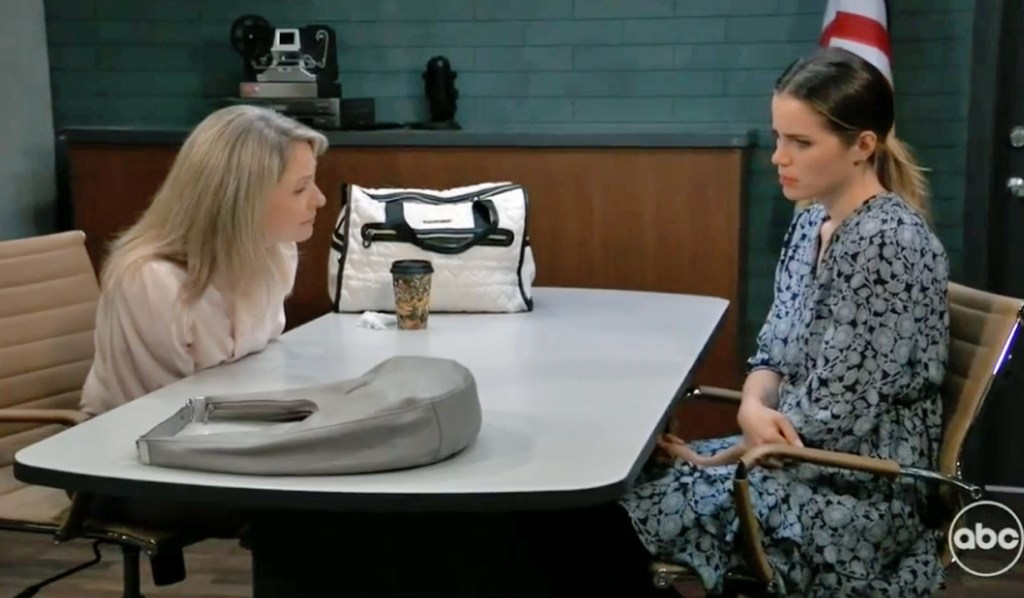 Sasha and Gladys exit the room. They overhear Brando telling Martin he’s not sure he’s comfortable with this given Sasha’s already accused him of trying to control her. Gladys assumes they are talking strategy. Martin says they need to get to the courtroom, and Brando promises he has Sasha’s back. 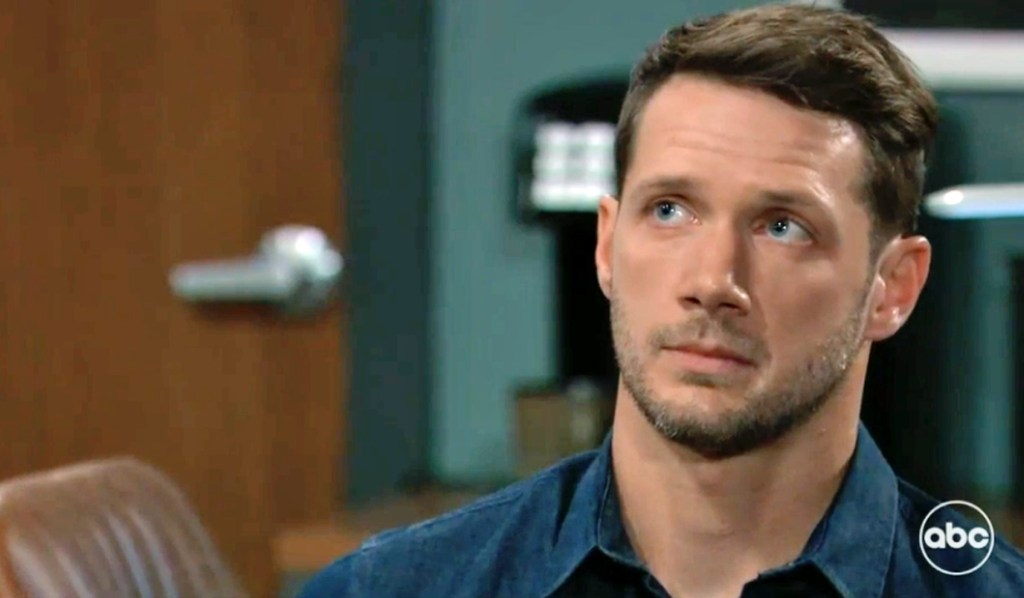 More: Vanessa Marcil claps back at an online scammer

At an outdoor café, Gregory meets with Alexis to find out who came out on top in their little wager. She hands him a tablet, and while Gregory has his critics, she admits he barely squeaked by the winner. He reminds her that means taking some of his suggestions to heart. 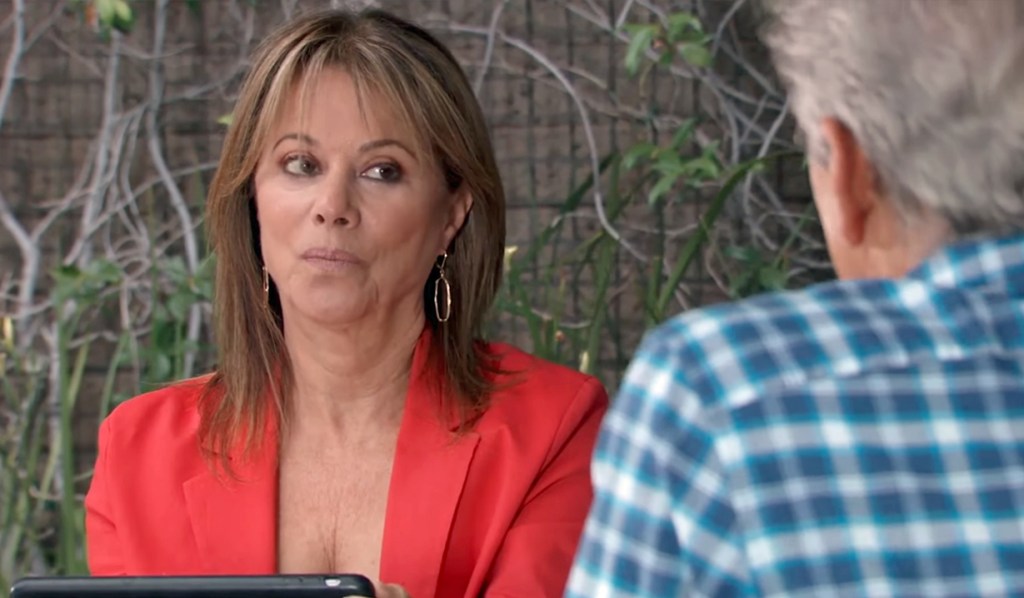 Gregory brings up the Sasha incident and asks why there has been no mention of it in the paper. Alexis wants to report on the full story and tells him that he doesn’t know Smoltz and his tactics. She wouldn’t be surprised if Smoltz goaded Sasha into the attack. Gregory says he was still a target of violence, and that is newsworthy. 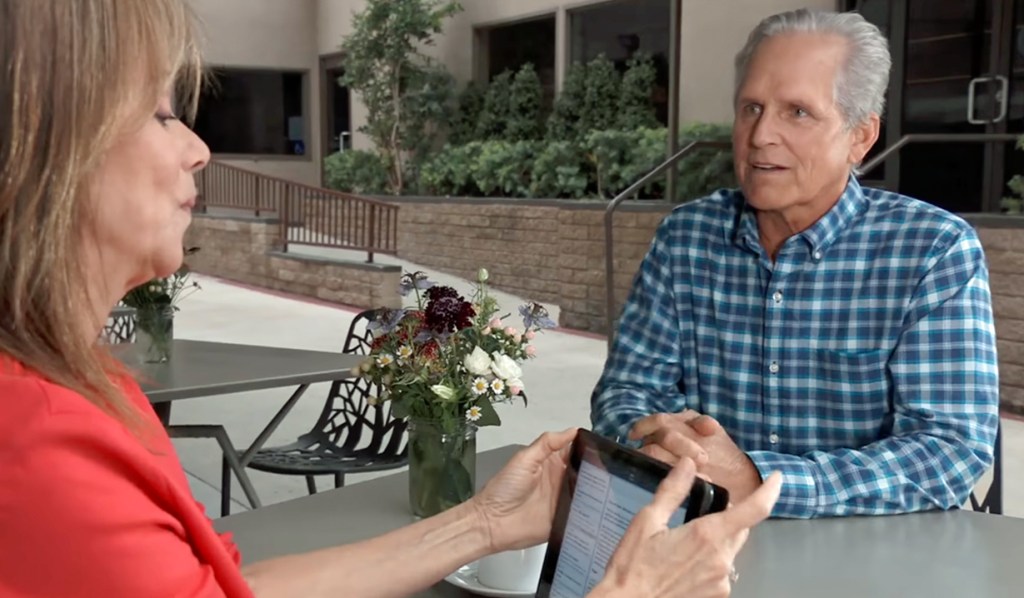 Alexis notes if they only tell the facts about what happened, it won’t do Sasha any good. Alexis runs down what Sasha’s gone through over the last year, which frames this incident differently. She is stunned when Gregory agrees the story can’t be told without framing Sasha’s state of mind. Alexis isn’t sure how to do that without violating medical privacy laws. Gregory says it’s tricky but can be done. Alexis jokes school is in session so instruct her.

View the gallery below Bold and Beautiful couples to find out who is and isn’t together.

Please note that if you purchase something by clicking on a link within this story, we may receive a small commission of the sale.