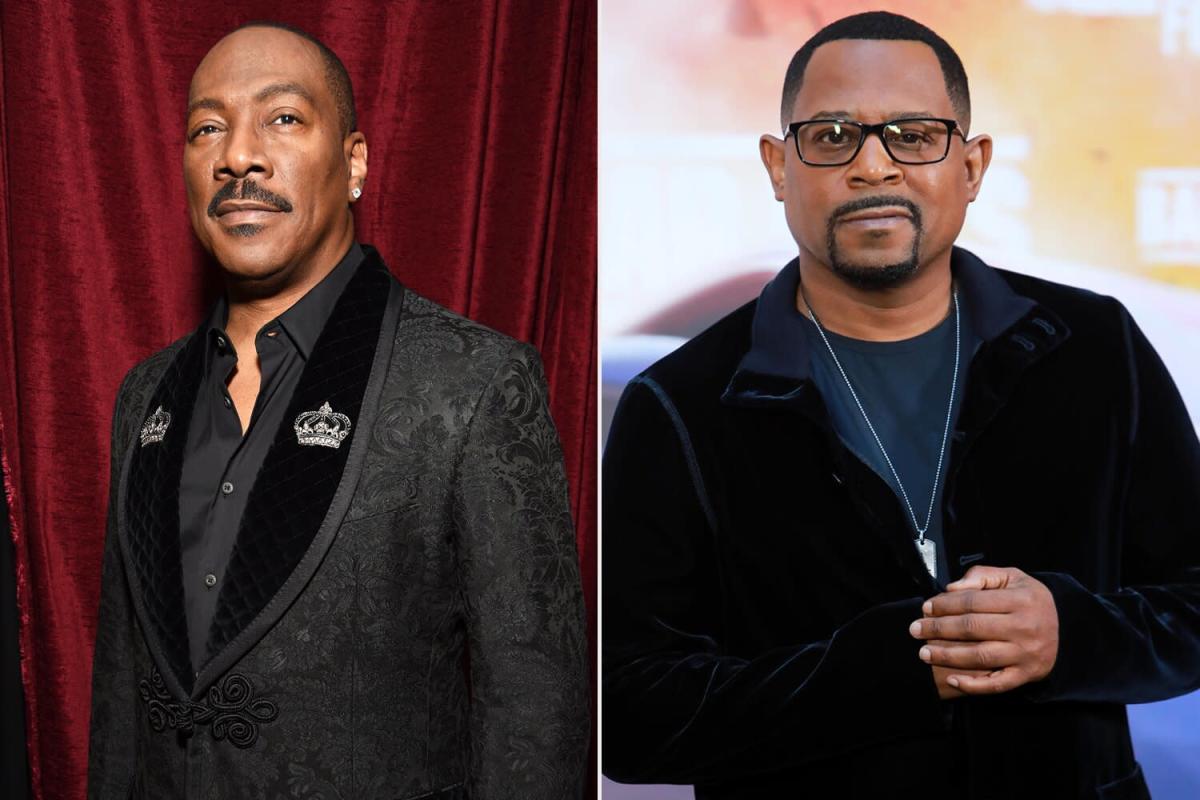 Martin Lawrence and Eddie Murphy have all the ingredients for a real-life romantic comedy.

“We haven’t talked about it,” Lawrence said of him and Murphy, 61. “We kind of just stay out of their business and let them do their own thing, and respect their thing.”

He also admitted that he’s willing to put aside tradition to have the groom’s father take care of their potential wedding, joking with Kimmel, 54: “I’m gonna try to get Eddie to pay for it.”

Eric, 32 revealed his relationship with Jasmin, 26, in June 2021, sharing a selfie of the two of them. “Head over heels in LOVE with YOU,” he captioned the post.

Jasmin posted some more loved-up photos the next month, wishing her boyfriend a happy birthday. “Happy birthday, my love! I’m so incredibly blessed to know you, to love you, and to have you by my side,” she wrote. “Cheers to many more blessings, laughs, and beautiful memories! I love you so much !!”

Martin and Eddie first appeared together in the 1992 comedy Boomerang and again in Life (1999). Eddie was also in attendance at Martin’s 2010 Beverly Hills wedding where he married Shamicka Gibbs, whom he divorced in 2012.