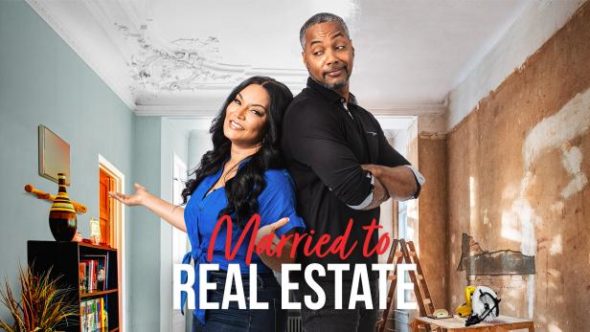 Married to Real Estate is returning to HGTV with 12 brand new episodes. The renovation series, starring married couple Egypt Sherrod and Mike Jackson, follows the pair as they work on renovating homes together in Atlanta. The new episodes will air in 2023.

HGTV revealed more about the renewal of the series.

“HGTV has picked up 12 new one-hour episodes of breakout hit series Married to Real Estate, starring real estate broker and designer Egypt Sherrod and her husband, builder Mike Jackson, as they help families buy and renovate their dream homes in Metro Atlanta. The freshman run of Married to Real Estate, which also showcased Egypt and Mike as they effortlessly juggled booming property businesses, managed a home and raised three daughters, attracted more than 19 million total viewers and was the # 2 non-news / sports cable program among upscale P25-54 and upscale W25-54 in its Thursday 9-10 pm timeslot. During the series, Egypt — who previously starred in HGTV’s Property Virgins and Flipping Virgins — leveraged her financial prowess, design expertise and knowledge of the housing market to find affordable houses in ideal neighborhoods for their clients. And, staying mindful of the budget, Mike and his team made it their mission to turn the dated properties into stunningly beautiful homes with increased value. New episodes are slated to premiere in early 2023.

“This large pick up order is in line with an extremely positive response from fans who had an immediate connection with Egypt and Mike in season one of Married to Real Estate,” said Betsy Ayala, senior vice president, programming & development, HGTV. “They put their own family first and work twice as hard to make their clients’ dream homes a reality — and they laugh and have fun together through all of it. Their outlook on life is an inspiration and everyone is excited to see what’s next for them in season two. “

What do you think? Are you planning to check out season two of Married to Real Estate?