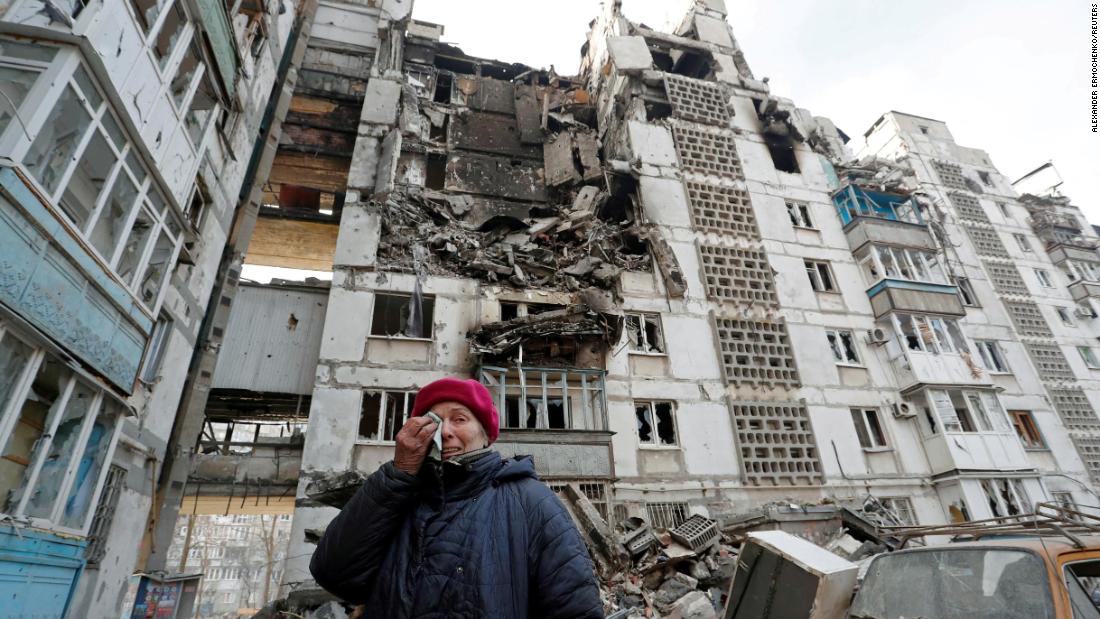 On Monday, the mayor of Mariupol said evacuation corridors had come largely under the control of Russian forces, after weeks of bombardment left the city in pieces, killed an unknown number of civilians and forced hundreds of thousands of residents from their homes.

“Not everything is in our power,” said Mayor Vadym Boichenko, in a live television interview. “Unfortunately, we are in the hands of the occupiers today.”

Boichenko called for a complete evacuation of the remaining population of Mariupol, which was home to more than 400,000 people before Russia launched its invasion of Ukraine on February 24.

“According to our estimates, about 160,000 people are in the besieged city of Mariupol today, where it is impossible to live because there is no water, no electricity, no heat, no connection,” he said. “And it’s really scary.”

It was unclear if there was still active fighting inside the city.

Ukrainian officials have alleged that Russian forces have prevented humanitarian convoys from safely approaching or exiting the city.

A pro-Russian separatist leader said on Sunday that about 1,700 Mariupol residents were being “evacuated” daily from the city and its surroundings. Ukrainian officials, however, say thousands were being forcibly “deported” to Russia.

“We need a complete evacuation from Mariupol,” Boichenko said. “Our most important mission today is to save every life … And there are hopes that we will succeed. For example, there are 26 buses that have to go to Mariupol to evacuate, but unfortunately, they haven’t received permission to move. , “he said.

“And this game is played every day. A cynical game like, ‘Yes, we are ready. You can drive there,’ but in fact it does not work,” he said. “Our heroic drivers under the fire are trying to reach the places where Mariupol residents can be picked up, and they are waiting with the hope that they will have such an opportunity. But the Russian Federation has been playing with us since day one.”

Statistics released by Ukrainian officials on Sunday paint a grim picture of what has come from weeks of shelling and urban combat in Mariupol.

Some 90% of residential buildings in the city were damaged, the data shows. Of those, 60% were hit directly and 40% were destroyed.

A number of factories were damaged and the city’s port sustained damage.

According to those official statistics, up to 140,000 people left the city before it was surrounded, and around 150,000 managed to leave during the blockade. Ukrainian officials claim 30,000 people from Mariupol were deported to Russia.