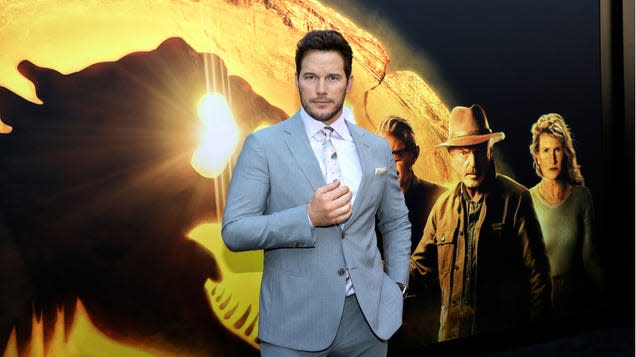 Take it from Chris Meledandri, the producer of the upcoming Super Mario Bros. movie: When Chris Pratt takes the mic as Mario, audiences will no longer have any qualms about his casting.

In an interview with Deadline‘s Co-editor in chief Mike Fleming, Jr., Meledandri, founder of Illumination Entertainment, says that any Pratt-as-Mario naysayers will eat their words when they hear what he brings to the iconic character’s voice.

“When people hear Chris Pratt’s performance, the criticism will evaporate, maybe not entirely — people love to voice opinions, as they should,” says Meledandri.

Meledandri also directly addresses any criticism of Pratt being cast in a canonically Italian-American role. He previously said Pratt would stay away from Mario’s boisterous Italian accent, calling it “not the tenor of the performance throughout the film.”

“I’m not sure this is the smartest defense, but as a person who has Italian-American heritage, I feel I can make that decision without worrying about offending Italians or Italian-Americans… I think we’re going to be just fine Meledandri tells Deadline.

Illumination first announced the cast of the untitled Super Mario Bros.. feature back in 2021. Pratt will be joined by Anya Taylor-Joy as Princess Peach, Charlie Day as Luigi, and Keegan Michael-Key as Toad. Veteran voice actors Jack Black and Seth Rogen have also been cast as Koopa King Bowser and Donkey Kong, respectively.

Nintendo previously shared that voice actor Charles Martinet, who lent his joyfully boisterous vocals to the Mario video game character for 25 years, will be part of the new film. Martinet will reportedly be included via a variety of different voice cameos.

Meledandri says Illumination has been working closely with Nintendo on the still-untitled film, and called the partnership between the two studios “the fulfillment of a really important objective.”

“Nintendo is one of the companies we respect and hold in high esteem; This collaboration I think is unprecedented in its closeness, ”Meledandri adds.