Loot – Season 1 – Advance Review: “Your life is different from everyone else’s here”

Billionaire Molly Novak (played by an incredible Maya Rudolph) leads a dream life, full of private jets, a mansion and a mega yacht. Then, the unthinkable happens: she finds out that her husband of 20 years has been having an affair for quite a while; Everything just comes crashing down, until she discovers that she has a charity foundation run by the assertive and hard-working Sofia Salinas (a great MJ Rodriguez), who wants Molly to stop generating bad press that might hurt the reputation of the foundation.

The team at the charity is formed by some pretty interesting people: Howard, Molly’s cousin, IT supervisor and pop culture lover; Arthur, the reliable and stable accountant, who, over the course of the episodes, develops a strong bond with Molly and Nicholas, Molly’s devoted assistant and aspiring actor. All of them are trying to make a world a better place and of cousin Molly’s money can make that happen. The thing they have to deal with is themselves; at fist, keeping up with Molly’s lifestyle is hard, because she’s used to having all ready or made by other people for her and she thinks that money can fix everything. Throughout the course of the seaso, though, each character learns a little bit more about the others and they all try to understand each other better. 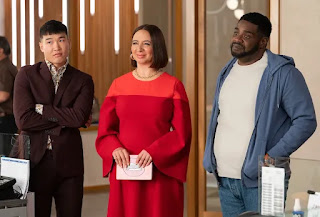 Maya Rudolph is absolutely hilarious as Molly; She gives her so much nuance as a character, because she never crosses the line of becoming a caricature. The show tackles the problems of wealth in a very smart way, because they give Molly a journey into awareness that is not predictable. Molly is happy to have money and she uses it as she pleases, but she also understands that money can be a vehicle to change and she never stopped herself to think about that. Also, leave it to Maya Rudolph to make an exceptional tour de force of comedy while being a guest on Hot Ones; That scene alone is a standout and you will laugh your head off. 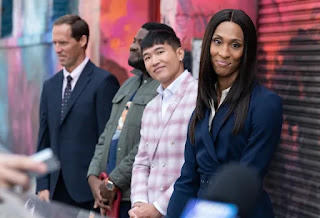 The entire cast is great and they all bring their A-game to the show. My personal favorite is Howard, played by an excellent Ron Funches. Howard is a dreamer, but he is also a champion for other people, especially with Nathan. The scenes between the two of them are so sweet, because they show supportive friends who actually care about each other and have each other’s back whenever necessary. The way Howard hypes up his friends and collegues made me want to have a friend like him or just be around a person like him. 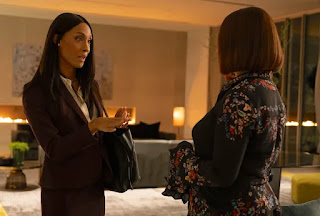 Make sure to check out the first three episodes of “Loot” when it premieres this Friday, June 24th, on Apple TV + and then one new episode will drop weekly.