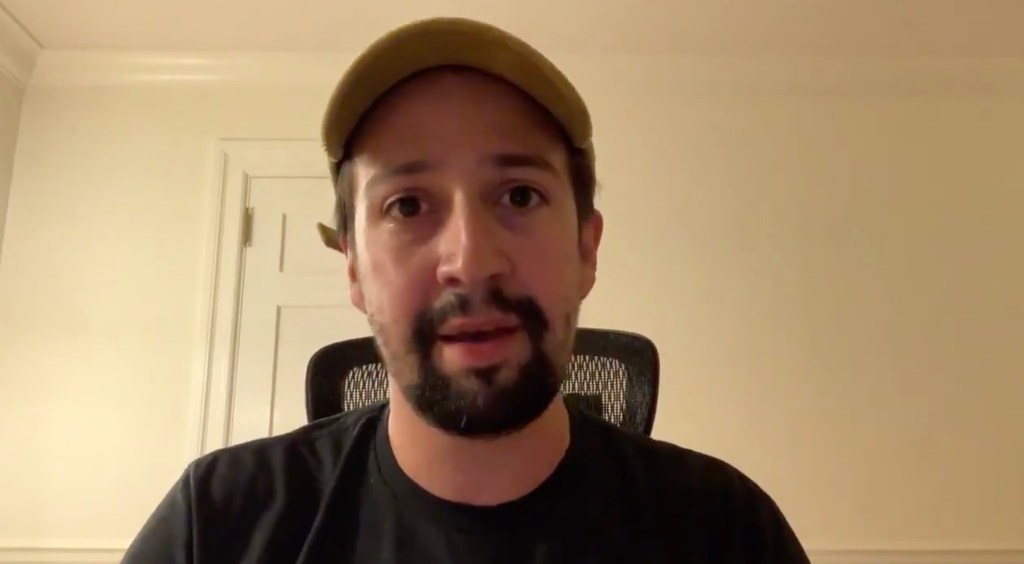 In a tweet on Saturday, Miranda said his wife has tested positive for Covid-19, while he and his kids remain negative. He said he woudn’t be attending the ceremony “out of caution.” His wife is “doing fine,” he noted.

Miranda’s directorial debut, Tick, Tick… ​​BOOM! is also up for two Oscars. And his contributions to Encanto have helped that film get a nod for Best Animated Feature. .

Made it to Hollywood
This weekend, my wife tested 2 for COVID.
She’s doing fine. Kids & I have tested ➖, but out of caution, I won’t be going to the Oscars tomorrow night. Cheering for my TickTickBoom & Encanto families w my own family, alongside all of you, ALL of you. -LMM