Due to excessive escalation from the Cedar Creek Fire, a Level 3 evacuation order, meaning “go now”, has been issued for the Oakridge, Westfire and High Prairie areas in and around the city limits, in unincorporated areas.

A map of evacuation zones is available here. Residents are advised to travel west, as Highway 58 is closed to the east.

The Lane Transit District is providing buses to help those who do not have transportation to evacuate. Buses will be staged at:

The Lane County Sheriff’s Office said in a statement: “There is an immediate and imminent danger and you should evacuate immediately. Do not delay leaving your property to collect any items or try to protect your home. Attention. Drive by, turn on your headlights, and follow any instructions from public safety personnel.”

East winds arrived at the Cedar Creek Fire that engulfed 33,100 acres overnight but intensified on Friday, bringing new clearance levels out of Oakridge and closing off Oregon Highway 58 at Willamette Pass. The fire continued to grow throughout the day on Friday and into the night and into Saturday, but how far it spread is the key question.

Air quality in Oakridge dropped to “hazardous levels”, while smoke spreading to the west caused a drop in air quality through the Eugene and Willamette Valley.

“The prospect of increased fires in the coming days is troubling, requiring additional resources to fight the fires and support the state’s response,” Brown said. “With the weather conditions forecast this week, it’s important for all Oregonians to be prepared.”

A huge amount of smoke is coming out of the fire, with winds reaching a peak overnight before gradually decreasing on Saturday afternoon and evening. Cooler weather should eventually slow the fires through Sunday and especially Monday through early next week.

“East winds are pushing the fire west and we’re definitely going to be in a very, very hard fire situation by the end of the day on Saturday,” said Cedar Creek Fire spokesman Bud Sexton.

By Friday afternoon, the fire had moved to the north and west, moving about 2 miles north of Oakridge. It also crossed Black Creek Road—one of the major containment lines—at the southern end of the fire toward Highway 58, likely to close the highway, the main transportation corridor between Eugene and Central Oregon.

Sexton said Thursday that the crew did not think the topography was designed for excessive runs for river drainage toward populated areas, but they withdrew that language on Friday.

“There is no crystal ball, and with extreme dryness, it can get into drainages that are lumpy,” he said.

There are several contingency lines between the fire and Oakridge – where firefighters seek to remove fuel and stop the fire in its path. But the concern with extreme winds is the embers from the fire that bypass the lines, Sexton said.

“With the humidity level being very low (dry), the fuels are behaving differently than they normally would,” he said. “Fire can send embers and spot well ahead of the body of fire, and that makes it challenging.”

He said a large part of Friday’s operations was hoping for the best, but preparing for the worst and making sure there was constant communication so that, if necessary, the Lane County Sheriff’s Office could evacuate Oakridge. Can call

Sexton said the crew was busy wrapping up the structures at the campground and they were intact as of Friday morning.

To the east, the fire is increasingly moving closer to the Cascade Lakes Scenic Highway, Crane Prairie Reservoir and Little Cultus Lake. Those areas are on and off level 3 clearance. At this point there is a very large closed area around the fire which strictly limits entertainment.

Firefighters on Forest Service Road 2421 will keep a watch on any spot fire and road fire. Crews are trying to extinguish the fire north of Winchester Trail, if it is safe to do so. Firefighters are also coordinating with representatives from the Middle Fork Ranger District and Lane County Oregon State Fire Marshals to provide initial attack support if any new fires begin.

Extended power off:EWEB, Lane Electric will shut down power for thousands of people in Lane Company before strong winds

This story will be updated as more information becomes available.

Zach Urness has been an outside reporter in Oregon for 15 years and is the host of the Explore Oregon podcast. They can be contacted at zurness@StatesmanJournal.com or (503) 399-6801. Find him on Twitter at @ZachsORoutdoors. 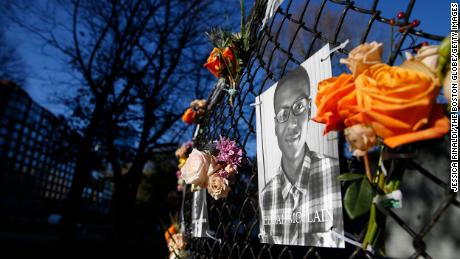