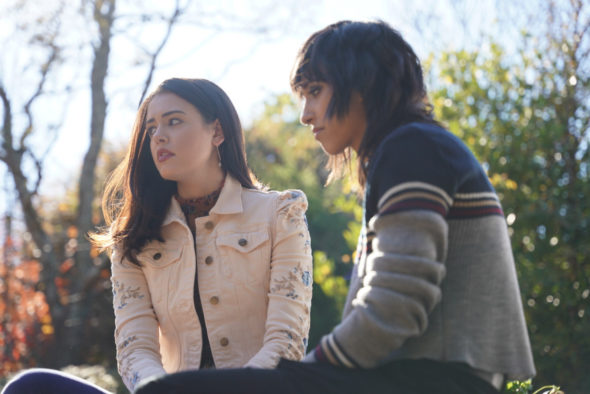 Legacies has ended after four seasons on The CW and the executive producers of the series have talked about ending the show earlier than planned. They also tease the possibility of the return of The Vampire Diaries franchise at some point.

Per Deadline, series creator and executive producer Julie Plec said the following about the cancellation of the series:

“I think it’s no secret that this was not the ending we expected to have. You know, in our minds, Legacies would have continued to the run-up to and beyond whenever we introduced the next chapter. The big moves in the business that are out of our control sort of wrote a different ending for us. So yeah, we’re bummed and annoyed but we also feel really, really good. Not just about the end of this with the series finale but also, between Brett and I, we’ve been involved in over 300 episodes of television. It’s something to be really proud of. We’re proud of the franchise but we’re also just a little bit irritated with the decisions that were made that put [the franchise] on pause earlier than we intended. “

“It’s all so bittersweet. The Vampire Diaries is so important as is The Originals and Legacies and I know more will come as more people find it. So it doesn’t really feel like a goodbye to the franchise to me but the sadness is about saying goodbye to Legacies and the people we built great relationships with. I don’t fear for the future of it, but obviously, it’s all sad because it’s something we had no control over. I’m thankful we got to do it, excited to do it again probably momentarily. “

As for the series or the franchise returning at some point, Plec said the following:

“It’s coming eventually, that’s my hint. There’s nothing on the page yet but we’ve been having a lot of really good, fun conversations about how to launch the franchise into the next phase. I think it would be part of the universal timeline of the franchise but set in a different setting and with different characters. “

What would season five have held for the characters? Matthews noted:

“Julie and I talked about season five being a time jump kind of season — we were certainly built for that mythologically. It would have been fun to take these characters out into the world and see where they would come to in life and see them find their way back to one another. So I think it would have been a shake-up year no matter what. It would have been really good for the show and would have allowed the show to grow up a little bit with the kids as well. ”

What do you think? Do you want to see more from The Vampire Diaries universe in the future? Are you disappointed that Legacies has ended?