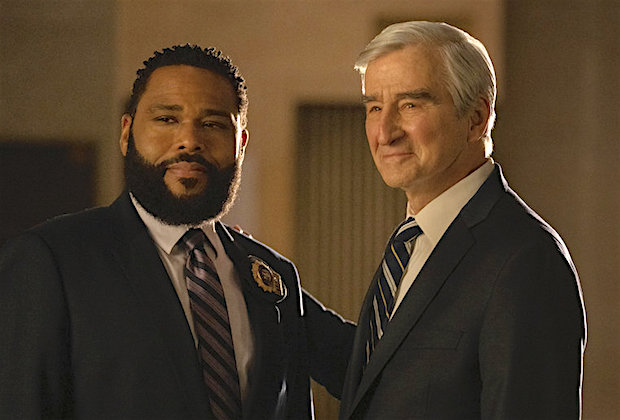 It’s official: Law & Order is coming back for Season 22.

“The iconic Law & Order The brand has long been synonymous with NBC, and we couldn’t be more excited to bring back all three of these dramas for the 2022-23 season, “NBC’s president of scripted programming Lisa Katz said in a statement. “It’s a testament to the brilliance of Dick Wolf’s storytelling that audiences remain compelled by these unforgettable characters week after week, year after year.”

The original Law & Order debuted in 1990 and ran for 20 seasons before being abruptly canceled in 2010. But it returned for Season 21 in February, leading into spinoffs SVU and Organized Crime on NBC’s Thursday night lineup.

Thus far this season, Law & Order is averaging 6.1 million weekly total viewers and a 0.6 demo rating (with Live + 7 DVR playback), drawing a bigger crowd than time slot predecessor The Blacklist averaged through January (5.1 mil / 0.6). Out of the 14 dramas that NBC has aired this TV season, it ranks No. 8 in both measures.

Showrunner Rick Eid previously opened up about his plans to do more with the series pending a renewal. “I’m excited about next season,” he told TVLine. “I think next year, we’ll get an opportunity to dig even deeper into the character stuff, which really excites me.”

As for Law & Order Cameos, Carey Lowell returned as prosecutor Jamie Ross in the season premiere, and SVU‘s Mariska Hargitay is set to appear as Captain Olivia Benson in the finale, airing Thursday, May 19 at 8 / 7c.

Eid, who previously served as showrunner for SVU, Chicago PD and FBI, alluded to additional cameos in Season 22, saying, “I’m sure next year you’ll see some. ”

TVLine’s Renewal Scorecard has been updated to reflect the news. Are you excited about Law & Order’s renewal? What do you hope to see in Season 22? Sound off in the comments.