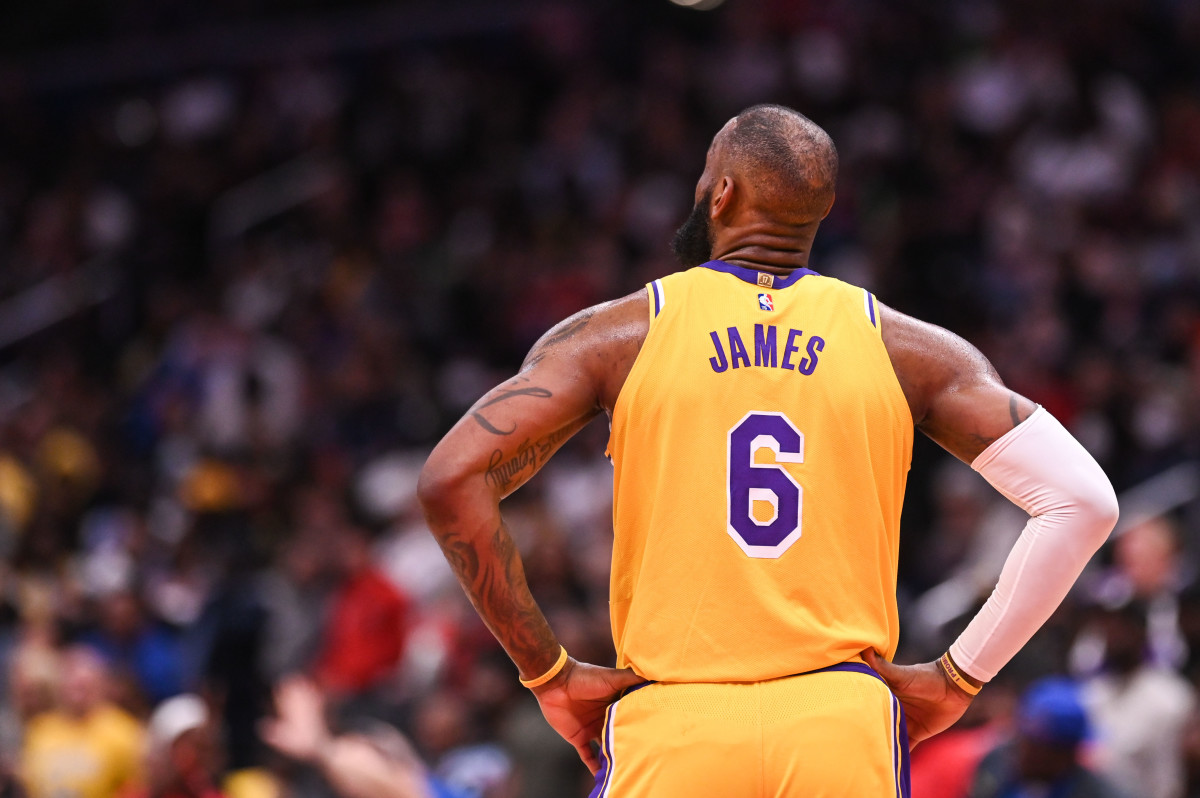 The Lakers postseason hopes hinge on navigating a difficult final stretch of games to qualify for the play-in tournament. In order to close out the season successfully, the Lakers will need to be as close to fully healthy as possible. Especially LeBron James.

On Friday, Lakers reporter Mike Trudell relayed that head coach Frank Vogel is optimistic that LeBron will be available for an important Sunday matchup against the New Orleans Pelicans, but Vogel did not affirm that he’ll be available.

Through Thursday, the Pelicans and Lakers have the same 31-42 record. At the moment, the Pelicans own the tiebreaker. The Lakers will certainly need LeBron James – their leading scorer – if they hope to make the play-in tournament and host the single elimination game.

LeBron has battle left knee soreness for much of the new year. He missed five consecutive games at the end of January and early February due to the injury. He also sat out the Lakers 126-121 loss to the 76ers this past Wednesday.

Trudell also mentioned that Talen Horton-Tucker is also day-to-day as he continues to nurse his sore left ankle. Horton-Tucker re-injured it in the game against the Timberwolves.

This writer would be remiss if he wrote a Lakers injury update article without including Anthony Davis. Similar to his recovery from his first major injury this year, the Lakers haven’t been overly communicative about if and when Davis will return this season.

After the Lakers loss on Wednesday to the 76ers, Vogel also used the word “hope” when addressing Anthony Davis’ possible return in the context of the play-in tournament.

“We’re hopeful that those two games are going to be played with Anthony Davis instead of shorthanded, adding guys off the waiver wire and trying to get through.”

To get to the play-in tournament, the Lakers might have to carefully manage LeBron’s minutes more judiciously.