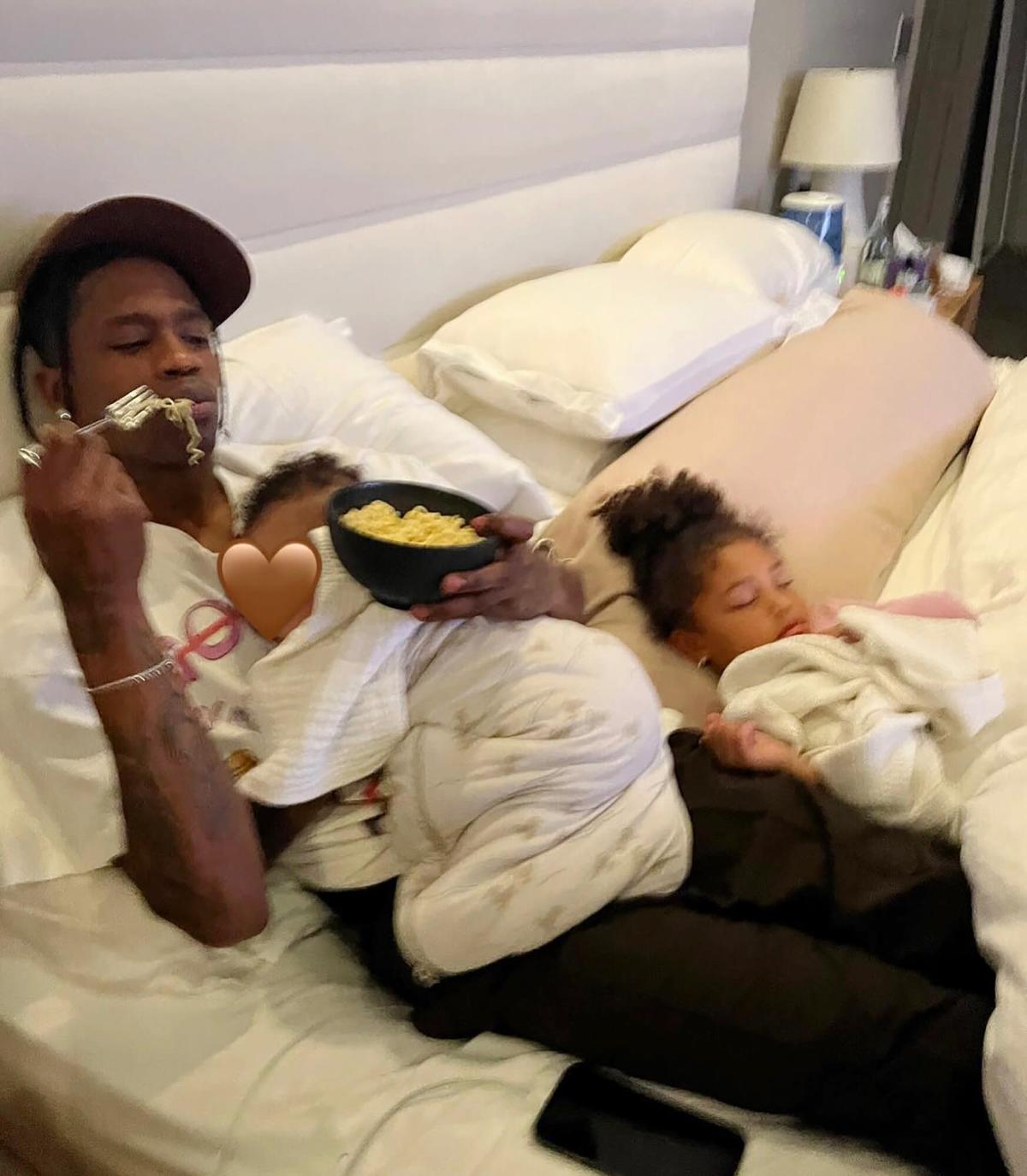 Kylie Jenner is sharing more of her family with the world!

The mother-of-two let fans have another glimpse of her baby son as she paid tribute to Travis Scott on Father’s Day.

“Happy father’s day daddyyyyy we love you 🤎” she posted on Instagram Sunday.

The reality star’s social media snap featured the rapper laying in bed eating noodles as their baby boy rested on his chest. Beside the musician, their 4-year-old daughter, Stormi Webster, can be seen taking a nap.

Jenner, 24, doesn’t often share glimpses of her little boy but she has shared a few photos featuring the baby’s hands and feet. The new image showing her growing son’s whole body drew attention from fans and fellow celebrities alike.

She told USA Today that she and partner Scott, 31, were “in the process” of legally changing the name but added “it just wouldn’t feel right to share anything when we don’t have an official name.”

The Kylie Cosmetics mogul said that she “knew the second I signed the birth certificate that I was probably gonna change his name.”

“It just didn’t suit him,” she confessed.

A source previously told PEOPLE that Jenner will “share his name when she’s ready.”

“Kylie and Travis liked Wolf, but after getting to know their son, they felt like the name didn’t fit him. They wanted to choose the perfect name that they both loved,” said a separate insider.

Jenner has been posting about her fitness progress on Instagram lately, showing followers how at four months postpartum she is taking “no days off” the gym.

“I have been dealing with tons of back & knee pain this time so it slows down my workouts but I am on a mission to get strong again.” She wrote on a treadmill picture.

Back in April, Jenner uploaded a post on her Instagram Story, where she first gave fans an insight into her weight gain – and subsequent weight loss – following her second pregnancy.

“Gained 60lbs again this pregnancy,” Jenner wrote before saying she is currently “down 40lbs.”

The businesswoman added that she had been trying walking, pilates, and more exercise as she is “just trying to be healthy and patient.”