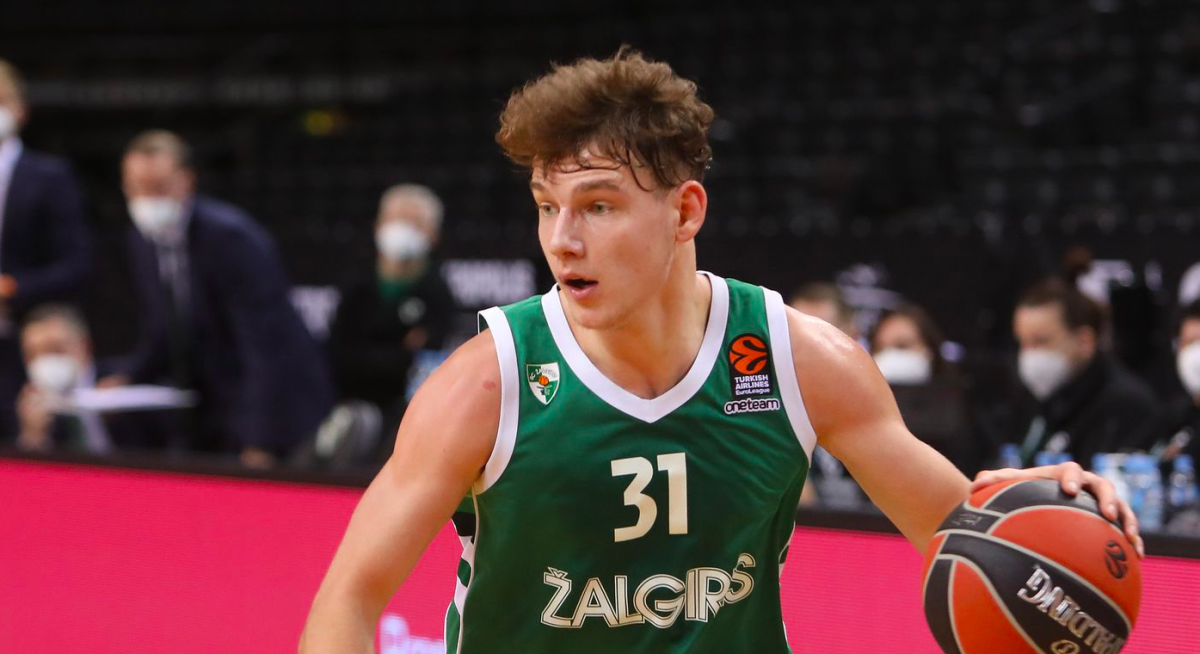 Such antics have been staged across the Atlantic Ocean and beyond, but a hint of professional basketball’s awards season came to visit the New York Knicks on Wednesday.

The Turkish Airlines EuroLeague unveiled FC Barcelona’s Rokas Jokubaitis as the winner of its 2021-22 Rising Star competition, as the 21-year-old point guard became the first Lithuanian-born player to hoist the trophy. Jokubaitis’ draft rights are currently held by the Knicks, who obtained him (along with Miles McBride) in a draft-night trade with the Oklahoma City Thunder, who chose him with the 34th overall pick.

Jokubaitis averaged 7.2 points and 2.8 assists over 35 contests with Barca, which is set to partake in the EuroLeague Final Four in Belgrade later this month. His three-point shooting could put him in rare company, as his .595 success rate (25-of-42) is tops among players with at least one attempt per game. Jokubaitis has an opportunity to become just the second qualified EuroLeague player to shoot at least 60 percent from beyond the arc. Barca will battle Real Madrid in the semifinal round on May 19. Jokubaitis is in the midst of his fourth EuroLeague season.

With permission from his European team, Jokubaitis partook in three NBA Summer League games in Las Vegas last season, averaging 6.3 points over three games (9.7 minutes per game). He sank 7-of-10 shots from the field including 3-of-5 from three-point range.

“From a few practices that I had with the Knicks in Vegas, I can bring this calmness, controlling the tempo at the point guard position, bring some cold-mind, to tell my teams where to go, what do we have to be better , to be a second coach on the court., “Jokubaitis said in August, for Marc Berman of the New York Post. “Playing in this system, I’ll need some time. I think I’d improve and will improve. We’ll see in summer league what I need more to be in the top league in the world. I’m not used to that speed and aggressiveness. “

EuroLeague’s Rising Star is voted upon by EuroLeague head coaches, is annually awarded to a young player (no older than 22 on the July 1 prior to the season’s commencement) who makes an impact on his team. Current Dallas Mavericks star Luca Doncic is one of three two-time winners of the award alongside Bogdan Bogdanovic (currently of the Atlanta Hawks) and Nikola Mirotic (Jokubaitis’ Barca teammate and formerly of the Chicago Bulls).