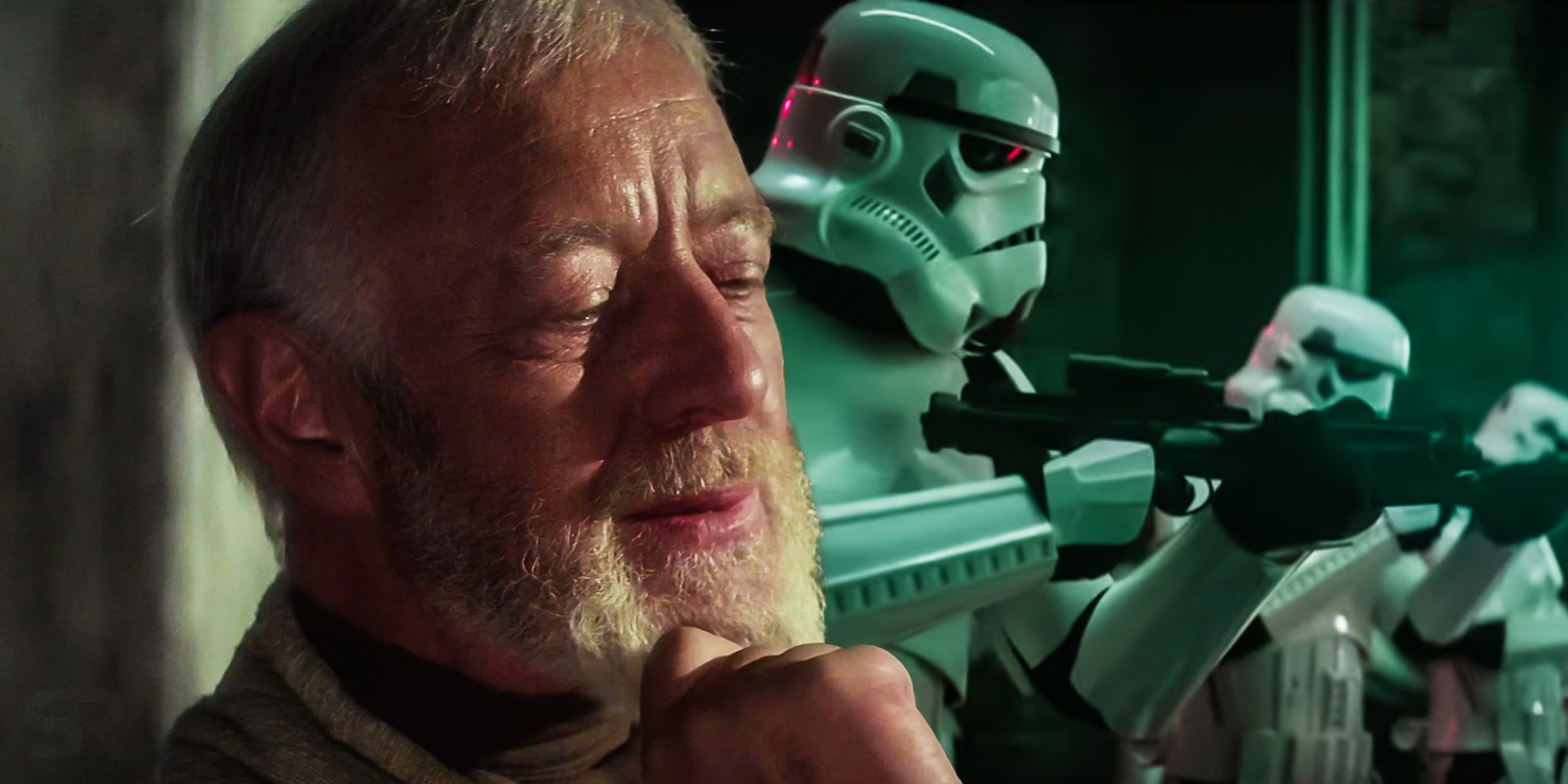 The Path clashes with Imperial Stormtroopers in episode five of Obi-Wan Kenobi, justifying an often-mocked line regarding Imperial marksmanship.

Ben Kenobi delivers one of the Star Wars saga’s most mocked lines, only for it to be fully justified by the Obi-Wan Kenobi series. While observing the aftermath of a gruesome massacre by Imperial stormtroopers in A New HopeKenobi notes that they’re “precise, ”Despite their complete inability to accurately blast Luke or any of the other heroes later in the film. The Obi-Wan The series gives stormtroopers a well-deserved action sequence as a deadly fighting force, once again highlighting that stormtroopers are only inept when fighting protagonists.

When clone troopers were phased out of Imperial service within the regime’s first year, they were replaced by recruited beings, initially referred to as TK Troopers but soon being rechristened stormtroopers. Although stormtroopers have far better training and equipment than Imperial Army troopers, they pale in comparison to the Republic’s clone troopers, who kept up with Jedi Knights and held back the droid forces of the Separatists who almost always had a significant numerical advantage. To make matters worse, their position as antagonists further frames them as cannon fodder in most Star Wars stories.

Obi-Wan’s A New Hope line of “only Imperial stormtroopers are so precise“Comes off as laughable, given that their consistently poor aim is mocked by viewers and characters in-universe alike, but the Obi-Wan Kenobi episode “Part V” finally gives Kenobi justification for this line. During the Empire’s skirmish with members of The Path on Jabiim, stormtroopers (who are backed up by the Third Sister and several elite purge troopers) handily defeat the Jedi sympathizers, blasting them with accurate shots. Kenobi witnesses their deadly efficiency firsthand, explaining his warning to Luke in A New Hope but also serving as yet another reminder that stormtroopers are lethal opponents to those without plot armor.

A New Hope opens with a similar close-quarters skirmish aboard Leia’s vessel, the Tantive IV. The Rebel troopers, despite their own training and armor-piercing blasters, fail to repel the Imperial boarders and are quickly wiped out. Similar Imperial victories can be found throughout both canon and Legends, giving Rebels and local resistance movements reason to fear the elite soldiers and Imperial leaders like Darth Vader reason to trust their skill in battle.

It’s this trust, the Dark Lord of the Sith’s callousness, and Leia’s dialogue that led some viewers to hypothesize that the stormtroopers aboard the Death Star were ordered not to blast Leia and her allies, allowing themselves to think they’ve fought their way out of the superweapon (while Vader had a tracking device placed on the Millennium Falcon). If this is the case, Imperial stormtroopers are not only extremely well-trained but also loyal enough to the Imperial cause to knowingly place themselves in situations where they’re likely to be fatally blasted by the escaping Rebels. Kenobi’s A New Hope line may seem unintentionally comical, but the Obi-Wan Kenobi series and numerous other battles prove how dangerous stormtroopers truly are.