Ken Watanabe Defends ‘Last Samurai’ Against White Savior Criticism of Tom Cruise: ‘I Didn’t Think of It Like That’ 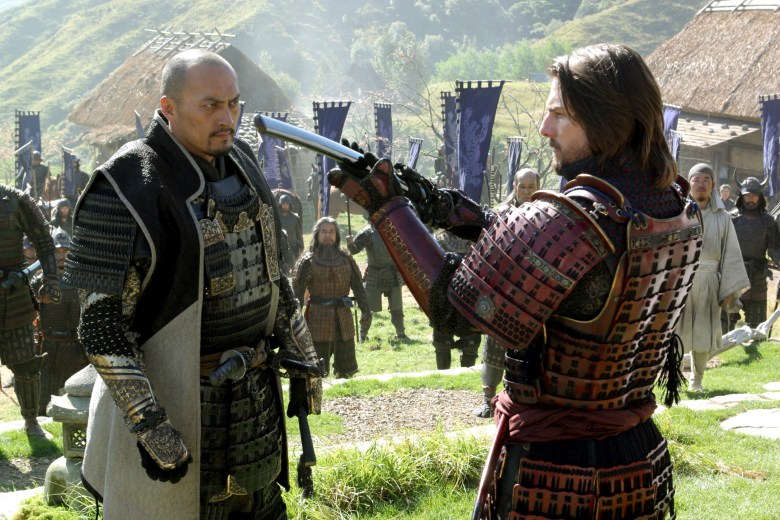 Ken Watanabe is having the last word on “The Last Samurai.”

After the 2003 film, inspired by a true story, was criticized for perpetuating the white savior stereotype with Tom Cruise’s US Army captain character Nathan Algren in the lead, Watanabe is now reflecting on the film almost two decades later.

“I didn’t think of it like that,” Watanabe told The Guardian. “I just thought we had the opportunity to depict Japan in a way that we were never able to before. So we thought we were making something special. ”

Watanabe earned an Oscar nomination for his portrayal of Samurai leader Katsumoto who fights alongside Cruise’s prisoner of war to curb the Westernization of 19th century Japan. “The Last Samurai” is directed and co-produced by Edward Zwick, and is still one of Japan’s most successful box office hits to date landing $ 8.4 million in its opening weekend.

“Before ‘The Last Samurai,’ there was this stereotype of Asian people with glasses, bucked teeth and a camera, ” Watanabe continued, seemingly citing Mickey Rooney’s racist performance as Mr. Yunioshi in “Breakfast at Tiffany’s.”

The “Tokyo Vice” star added, “It was stupid, but after [‘The Last Samurai’] came out, Hollywood tried to be more authentic when it came to Asian stories. “

Watanabe went on to make history as the fourth man of Japanese heritage to be Oscar-nominated for Best Supporting Actor. “Then I realized it’s only five people every year, in all of Hollywood, that get nominated,” he said. “It was an amazing honor.”

Following “The Last Samurai,” Watanabe portrayed a false Ra’s al Ghul in “Batman Begins” and starred in “Memoirs of a Geisha.” Watanabe teamed up again with director Christopher Nolan for “Inception” and led the musical “The King and I,” solidifying his international marketability stateside.

“I consider myself really lucky to have had all these opportunities,” Watanabe told The Guardian, reflecting on his 30-plus year career.