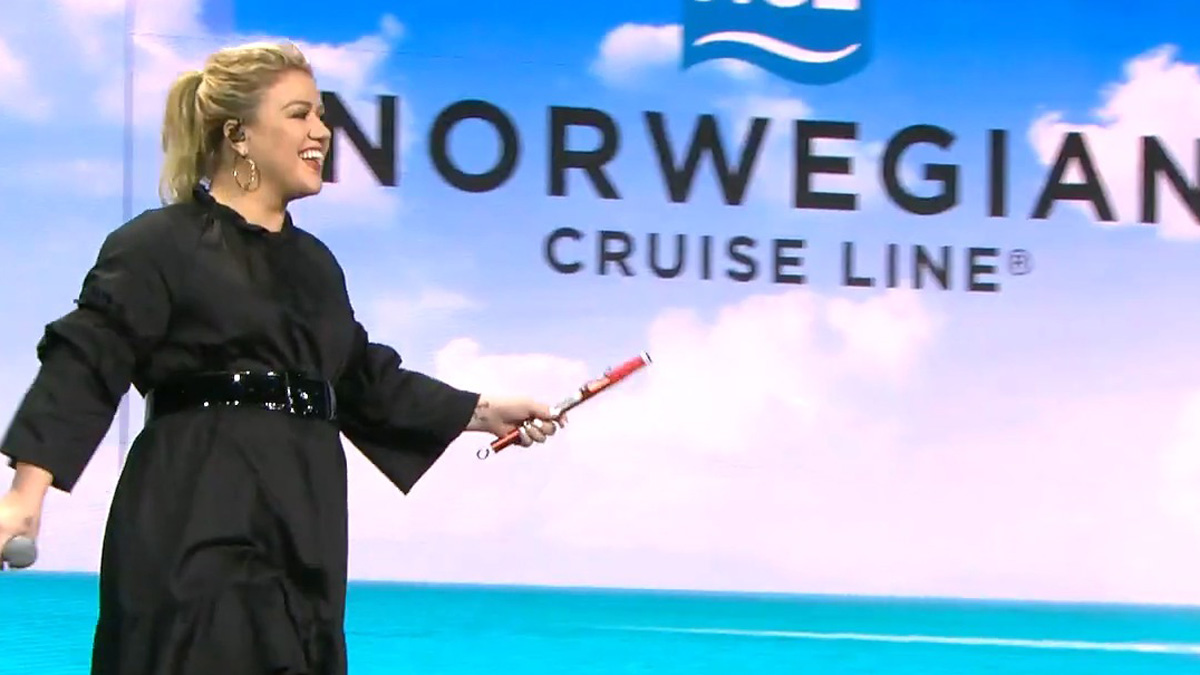 Kelly Clarkson might be leaving The Voice as a coach, but she is keeping her plate full.

While she will be enjoying more time with her kids, thanks to giving up her role on the singing reality TV series, she has a lot lined up with her talk show and music career.

She has a new EP coming out this week with some Kellyoke covers on it, and she also has set up an event to help celebrate teachers.

Kelly Clarkson sets up a free cruise for teachers

Kelly Clarkson has teamed up with the Norwegian Cruise Line to offer an opportunity to help give some of the country’s teachers some much-needed rest and relaxation.

Kelly’s mother is a teacher, so she knows how hard it is to work in that role – especially in today’s society that gives almost no praise to teachers, limits what they make in pay, and has recently seen them in danger thanks to countless school shootings around the country.

Kelly and NCL have teamed up to send 100 teachers across the United States and Canada on a free cruise aboard the Norwegian Prima, its newest ship. This is a five-day trip launching out of Galveston, Texas, on October 27, 2022.

It is not teachers who nominated themselves, though, but their students (or parents of students).

Kelly Clarkson taking the summer off from work

Kelly Clarkson turned 40, and she chose to take the summer off and take no jobs over the summer.

This meant leaving The Voice.

However, while many fans reacted in anger and said they wouldn’t watch The Voice if Kelly wasn’t on it, the singer said she would just take that on herself, but it wouldn’t change anything. She wanted to spend more time with her kids this summer, and if fans were mad about it, that was their problem.

With Kelly off the show, two new coaches will take her place. Gwen Stefani is the replacement for Kelly, and Camila Cabello will join the coaching group after Ariana Grande left the show as well.

However, once the summer is over, things will pick up again for Kelly, as she will replace Ellen DeGeneres as the top daytime talk show, and she has already announced a major overhaul of the show when that change occurs.

The Voice is on hiatus. The singing reality competition series will return in late 2022 to NBC.