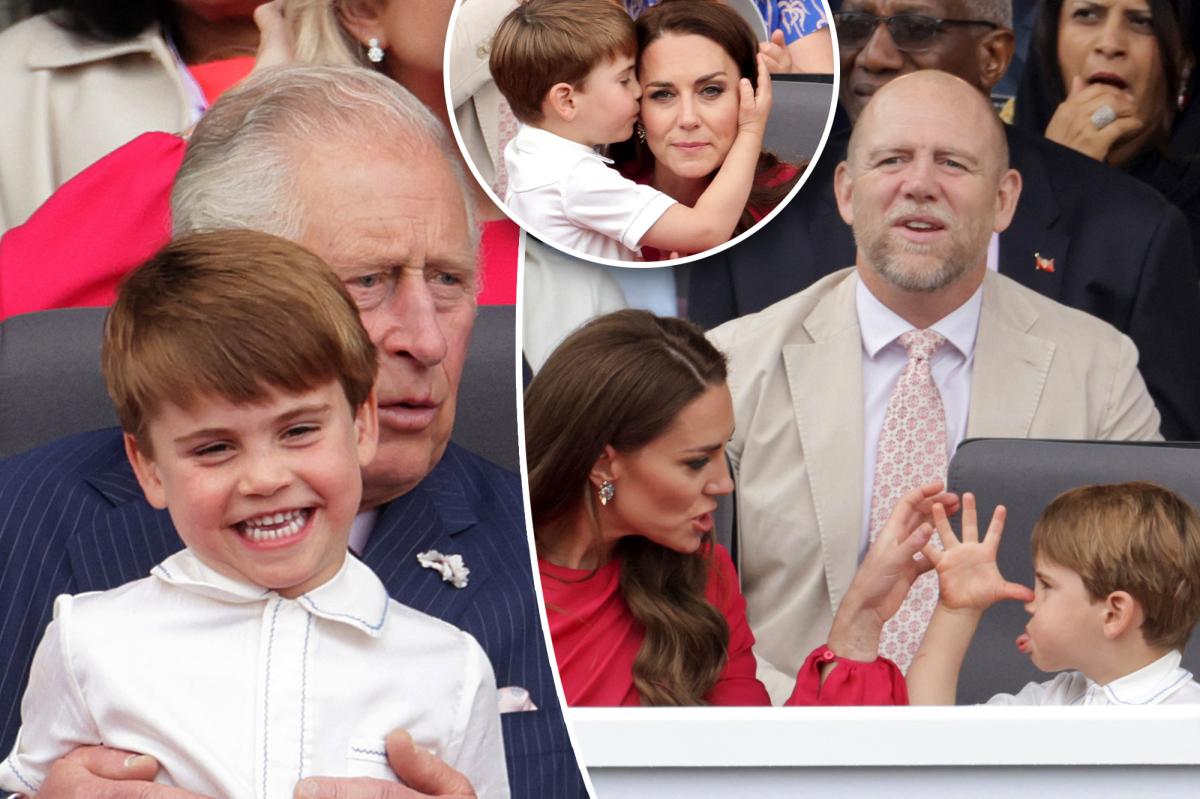 The 4-year-old was caught putting his hand over mother Kate Middleton’s mouth in a video that has since gone viral on social media.

When the Duchess of Cambridge, 40, tried to politely stop him – no doubt through gritted teeth – the boisterous lad made a series of faces, poked out his tongue and put his thumb to his nose while wiggling his remaining fingers.

Louis also decided to stand on his chair and appeared to throw a cushion – which is when Kate made the wise decision to take a break for a spell with her youngest.

Louis’ behavior even caught the attention of Mike Tindall, who is married to Prince William’s cousin Zara Tindall.

The retired rugby player was snapped jokingly telling Louis that he was watching him (and no doubt expecting him to be a good little boy).

The adorable youngster also took the time to give his mum a big kiss and spend part of it sitting on grandfather Prince Charles’ lap.

It certainly wasn’t the first time Louis has shown off his rambunctious spirit in public.

During Thursday’s Trooping the Color ceremony, he and his siblings, Prince George and Princess Charlotte, looked at the procession through the Palace windows. Louis stole the show with a spirited salute.

He then barged onto the balcony as the royal family gathered to wave, barrelling past his 96-year-old great-grandmother for a prime viewing position. Louis was photographed pulling a host of animated faces including an over-the-top reaction to loud airplanes flying overhead which entailed a scream, hands over his ears and eyes screwed shut.

Lipreaders also parsed that he succinctly told Charlotte to “move over” while on the balcony.

Louis did end up joining his parents, siblings, Prince Charles, Camilla Parker-Bowles and the Queen on the Buckingham Palace balcony at the conclusion of the Platinum Jubilee Pageant – but this time Mum was taking no chances. The Duchess stood directly behind her son, who bears a strong resemblance to her father, Michael Middleton, and reined him in when he moved forward.

Page Six looks forward to many more cheeky moments from this royal scene-stealer.