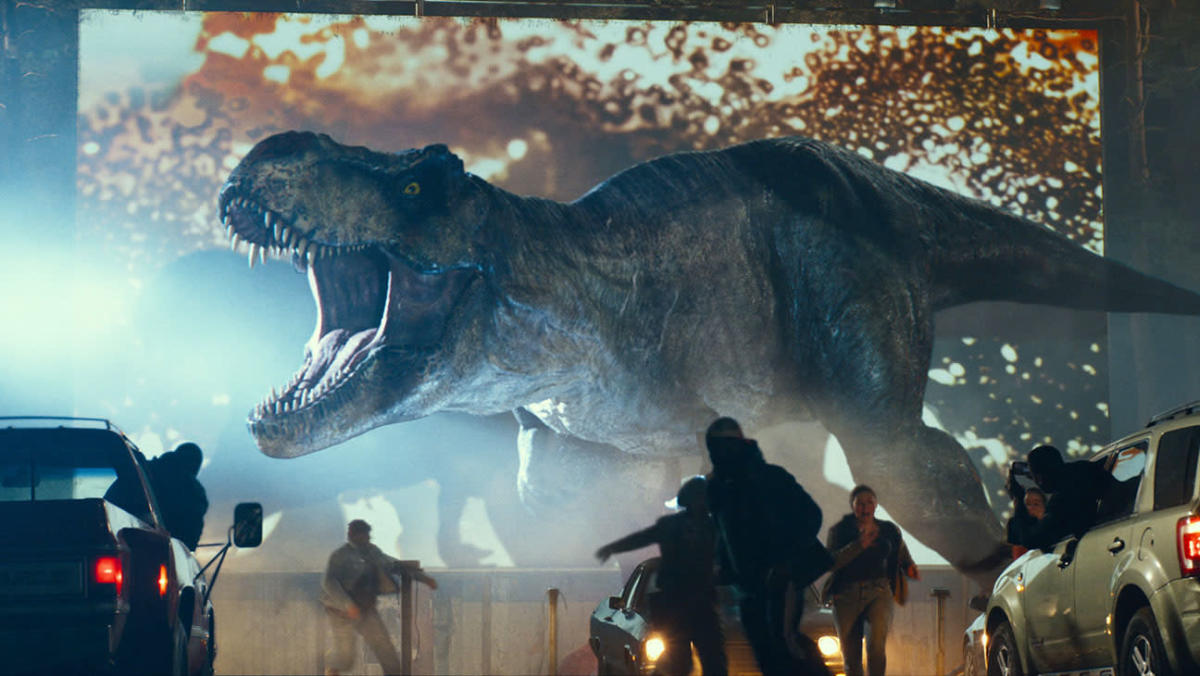 Jurassic World: Dominion director Colin Trevorrow went to bat Saturday for his Tyrannosaurus rex after a Twitter user argued the dino was no longer getting the respect it deserved in the franchise.

More from The Hollywood Reporter

In Dominion, which opened last weekend to No.1, a Therizinosaurus and a Tyrannosaurus rex team up to kill the ultimate bad dino, a Giganotosaurus. In the epic battle scene toward the end of the film, it seemed all might be lost after the T-Rex appeared to be killed. But, in true Jurassic Park fashion, her eye popped open, and it was on. The T-Rex and Therizinosaurus proceed to kill the Giga.

This was an awesome moment for most fans – but, clearly, not for all.

Actor Angel Rosario Jr. tweeted at Trevorrow that he felt the T-Rex had become second banana in the Jurassic Park storytelling, which, in Rosario’s opinion, was wrong.

“Hey, @ colintrevorrow… ya made the Rex look weak. Again. Come on now! It’s the face of the franchise. Terrible. The Giga might have been strong, but science proves the Rex was a better predator, and stronger. Very disappointed in your utilization of Rexy. #JurassicWorldDominion, ”read Rosario’s post.

The director then responded. And it was perfect.

“I understand the feeling. Worth noting the T. Rex had an average lifespan of 28 years, so our Rexy would be near the end of her life in Dominion. Even at that age, she found the strength to rise up and avenge her own death, 65 million years later. Sometimes revenge takes time, ”Trevorrow said via Twitter.

Rosario appeared thrilled with the back-and-forth.

Got a response from the great @colintrevorrow about Dominion. Though conflicting arguments about the Rex… as an actor, I’d love to work on a project with you, sir. Respect and admiration for your work, sir. Hope we can talk about it face to face someday! #JurassicWorldDominion, ”he wrote.

Best of The Hollywood Reporter