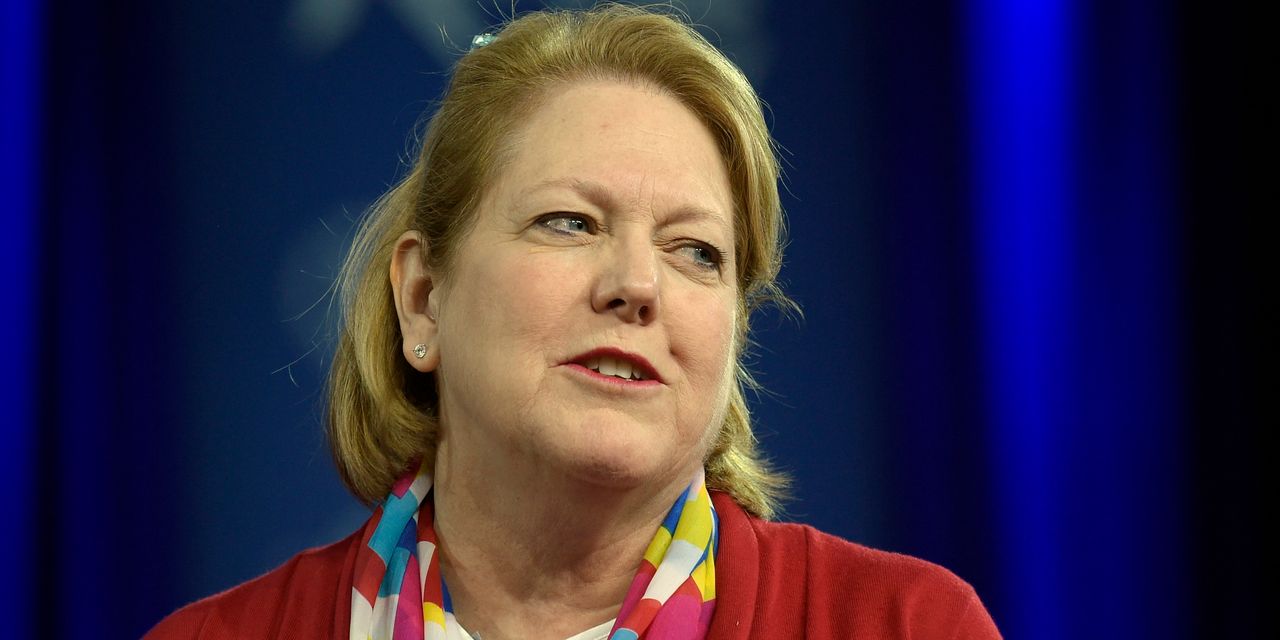 WASHINGTON — A federal judge says former President Donald Trump and a law professor “more likely than not” committed a felony in their efforts to block the 2020 election results, in a ruling clearing the way for related emails to be turned over to congressional investigators. .

John Eastman had sought to stop the release of the emails to the House select committee probing the Jan. 6, 2021, riot at the Capitol. In rejecting his lawsuit, Judge David O. Carter of the Central District of California cited the crime-fraud exception, which removes protections for documents written in furtherance of crime.

“Based on the evidence, the court finds that it is more likely than not that President Trump and Dr. Eastman dishonestly conspired to obstruct the Joint Session of Congress ”the day of the riot, ruled Judge Carter, who was appointed to the bench by President Bill Clinton in 1998.

Mr. Eastman, a former professor at Chapman University in Orange, Calif., Had advanced a fringe legal theory claiming that Vice President Mike Pence could stop certification of the election on Jan. 6, 2021, as part of his ceremonial role as vice president. Mr. Eastman could appeal the ruling.

While Judge Carter’s ruling is only on the narrow question of legal privileges over the documents, it could put more pressure on the Justice Department to consider a more formal investigation of Mr. Trump and the people around him in the waning days of his presidency. The Jan. The 6 committee itself first raised the possibility that the evidence supported criminal charges against the former president and his associates in an earlier filing in the Eastman case.

Attorney General Merrick Garland has declined to say whether such an investigation is ongoing, saying it was “standard practice” for the department not to comment in situations such as this.

Mr. Eastman said he plans to comply with the judge’s order rather than seek an appeal. His suit against the Jan. The 6 committee was not “an attempt to ‘hide’ documents or ‘obstruct’ congressional investigations, as the January 6th committee falsely claims,” ​​said Charles Burnham, a lawyer for Mr. Eastman. He said his client “respectfully disagrees with the judge’s findings.”

The Democratic-controlled House established the select committee last year. It is tasked with investigating the events surrounding Jan. 6, 2021, when supporters of Mr. Trump stormed the Capitol, temporarily halting the certification of President Biden’s Electoral College win. Mr. Trump, who had urged his supporters to march on the Capitol at a rally earlier that day, was impeached by the House for inciting insurrection. The Senate acquired him.

Two people familiar with the matter said that Jared Kushner, Mr. Trump’s son-in-law and a former White House adviser, is scheduled to meet virtually with the committee this week.

In another development Monday, the panel is also interested in talking to conservative activist Virginia Thomas, wife of Supreme Court Justice Clarence Thomas, according to a person familiar with the matter.

The panel wants to talk to Mrs. Thomas about her texts to Mr. Trump’s then-chief of staff, Mark Meadows, is urging him to stand firm in pressing to overturn President Biden’s 2020 election victory. Mrs. Thomas couldn’t be reached for comment.

Justice Thomas was the lone dissent on Jan. 19 when the court rejected Mr. Trump’s emergency request to block the transfer of White House records to Jan. 6 committee. He provided no explanation for his vote. After the committee received the records, the court declined to hear Mr. Trump’s case on its regular calendar.

It is not known whether Justice Thomas was aware of his wife’s texts, or whether the texts were part of the records released as a result of the Supreme Court’s January order. Mr. Meadows released some materials to the committee voluntarily, including text exchanges related to the Jan. 6 attack.

The Jan. The 6 committee is also set to meet Monday night to vote on recommending holding two former Trump administration officials, Peter Navarro and Dan Scavino, in criminal contempt of Congress for defying a congressional subpoena.

A committee vote holding them in contempt would send the matter to the full House, which is controlled by Democrats. Passage in the House would send the issue to the Justice Department to consider whether to pursue a criminal case. Both Mr. Navarro and Mr. Scavino has cited executive privilege in declining to cooperate with the probe.

The full House has already voted to hold Mr. Meadows and former Trump adviser Steve Bannon in criminal contempt of Congress. Mr. Bannon was indicted last year after he refused to respond to a subpoena from the committee; his lawyer had argued that Mr. Trump had asserted executive privilege over appearance by his former aides.

At issue in the contempt proceedings is a dispute over executive privilege — the doctrine that certain close presidential aides should be immune from providing testimony or documents to allow for candor in deliberations among the president’s close advisers.

Typically, the privilege belongs to the incumbent president — and the Biden administration hasn’t asserted privilege over most of the records sought by the select committee. Mr. Trump has argued that former presidents should have some interest in deciding how their records are managed. But the Supreme Court rejected part of that argument in January, leaving in place a lower court decision that found that most of Mr. Trump’s privilege claims would fail even if he were the sitting president. But that case concerned presidential records, and some legal questions forcing the testimony of aides haven’t yet been considered by the courts.

Mr. Scavino is a former deputy White House chief of staff who was originally asked to sit in October for a deposition. The committee had said reporting indicates that Mr. Scavino was with Mr. Trump as the former president considered how to persuade Congress not to certify the election for Mr. Biden.

In a report issued to back up the contempt resolution, the committee said Mr. Scavino also tracked social media on behalf of Mr. Trump and he frequented sites that “suggested the possibility of violence” on Jan. 6, which the report said indicated that Mr. Scavino may have had advance warning.

“On the one hand, Mr. Scavino has a ‘legal duty’ to invoke executive privilege, having been instructed by former President Trump to do so. ” Brand wrote, in a March 25 letter to Jonathan C. Su, deputy counsel to Mr. Biden. “On the other hand, President Biden has advised no such privilege may be asserted without providing any legal authority supporting the President’s power to do so.”

In its report, the Jan. 6 committee wrote that Mr. Biden “has determined that an assertion of executive privilege is not in the national interest, and therefore is not justified.”

Mr. Navarro, a former trade aide to Mr. Trump, didn’t show up for a deposition earlier this month. In his book “In Trump Time,” he described a strategy under which Republicans would challenge Mr. Biden’s victory in about a half-dozen swing states and has also discussed lining up support for lawmakers to challenge Mr. Biden’s victory on Jan. 6, the day Congress convened to certify the results.

Should Peter Navarro and Dan Scavino be held in criminal contempt of Congress for defying a congressional subpoena? Why or why not? Join the conversation below.

“My position remains this is not my executive privilege to waive and the committee should negotiate this matter with President Trump,” he said. Navarro said Sunday.

In its report, the committee said Mr. Navarro did not provide any evidence that Mr. Trump had invoked executive privilege regarding documents in Mr. Navarro’s personal possession or any testimony.

IoSiobhan Hughes and Michael C. Bender contributed to this article.

Write to Lindsay Wise at lindsay.wise@wsj.com, Byron Tau at byron.tau@wsj.com and Natalie Andrews at Natalie.Andrews@wsj.com