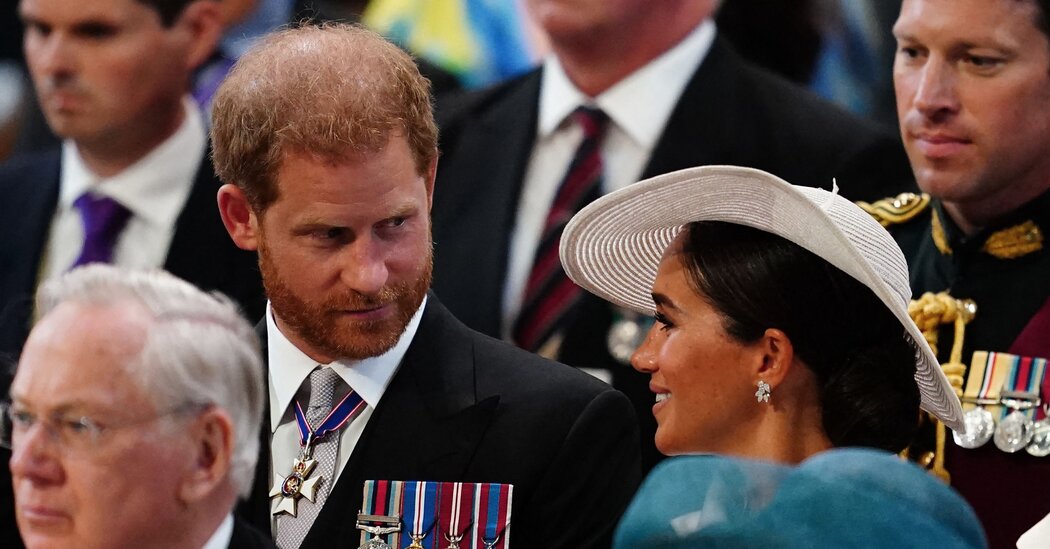 LONDON – The history of Great Paul, the St. Paul’s Cathedral bell that was ringing for a service commemorating Queen Elizabeth II’s Platinum Jubilee celebration on Friday, is one of the toil and grandeur.

It is also a story that involves a giant furnace, over 16 and a half tons of metal and now, of muscles and sweat.

The largest bell ever cast in the British Isles, and the largest still being rung there, Great Paul was commissioned in 19th-century Britain, when a penchant for ambitious, monumental objects was reflected in a high demand for large, deep-toned bells.

Several cities around the country got one, but Great Paul “was destined to outrival all competitors in size, weight and public acclaim,” Trevor S. Jennings, an author who specializes in bells, wrote in his book “The Story of Great Paul. ”

The bell, made of bronze, was intended to resemble those of cathedrals in continental Europe. But the foundry that created it – run by John Taylor in Loughborough, a town north of London – made it clear that to reach the note that the cathedral was going for, the bell would need to weigh at least 15 tons.

So the foundry built a new, larger furnace to melt copper, tin and old bells from other British churches, and the workers took four days to load more than 40,000 pounds of metal into the furnaces.

When the bell was completed, Mr. Taylor invited locals and workers to a celebratory luncheon, and hundreds of visitors from miles away came to see the bell.

But the work was not over. To transport the huge bell to London, about 140 miles away, options like trains and boats were rejected, because of overly complex logistics, as were elephants – because they weren’t exactly abundant in Britain.

The bell was finally loaded onto a carriage drawn by a steam engine. It took 11 days to reach London, in a large convoy attended by reporters but also vandals trying to inscribe their initials on the bell with chalks and chisels. In May 1882, Great Paul arrived in the cathedral’s southwestern tower, where it still hangs.

Its primacy was tested in 2012 by Britain’s Olympic bell, which weighs about 23 tons but was cast in the Netherlands and is now displayed, silently, in London’s Olympic Park.

Great Paul was also largely silent for over four decades after its electronic motor broke a few years after being installed in the 1970s. After the bell was restored last year, the church’s ringers began sounding it manually so that its powerful, low-pitched chime could resonate across its central London neighborhood.

That is a two-person job, said Simon Read, 26, a member of St. Paul’s Cathedral guild of bell ringers who will ring Great Paul before Friday’s service celebrating the queen’s 70 years as monarch. And it requires tackling the rope with their full bodies to swing the 16-ton bell.

It is, Mr. Read said, a mixture of music and exercise. “I’ll be doing biceps,” he said.

Mr. Read, who has swung bells hundreds of times over the past 12 years, said that Friday’s was the most important performance of his career. His fellow guild members have also helped Britain commemorate notable events: One, who is 90, rang the cathedral’s bells for Winston Churchill’s funeral in 1965, and another rang them for the wedding of Prince Charles and Diana, Princess of Wales, in 1981.

On Friday, bells in churches across Britain rang as Great Paul sounded before the service. St. Paul’s bells will then also ring for four hours after the event, which includes Bible readings, anthems, prayers and hymns to honor the queen for her faith and service.

Mr. Read said he planned to get a good night’s sleep and drink some Gatorade before climbing the narrow stairs to the dark, dusty room above the cathedral’s clock to ring Great Paul for the queen.

“I feel very proud and special to be able to ring the biggest bell in the country,” he said. Read said, adding, “I would hope that she notices that the bells are ringing.”

Ernesto Castro
Mike Tyson advises Conor McGregor on how ‘to build confidence back’ in UFC return
Anakin Skywalker, You Dramatic Son of a Gun