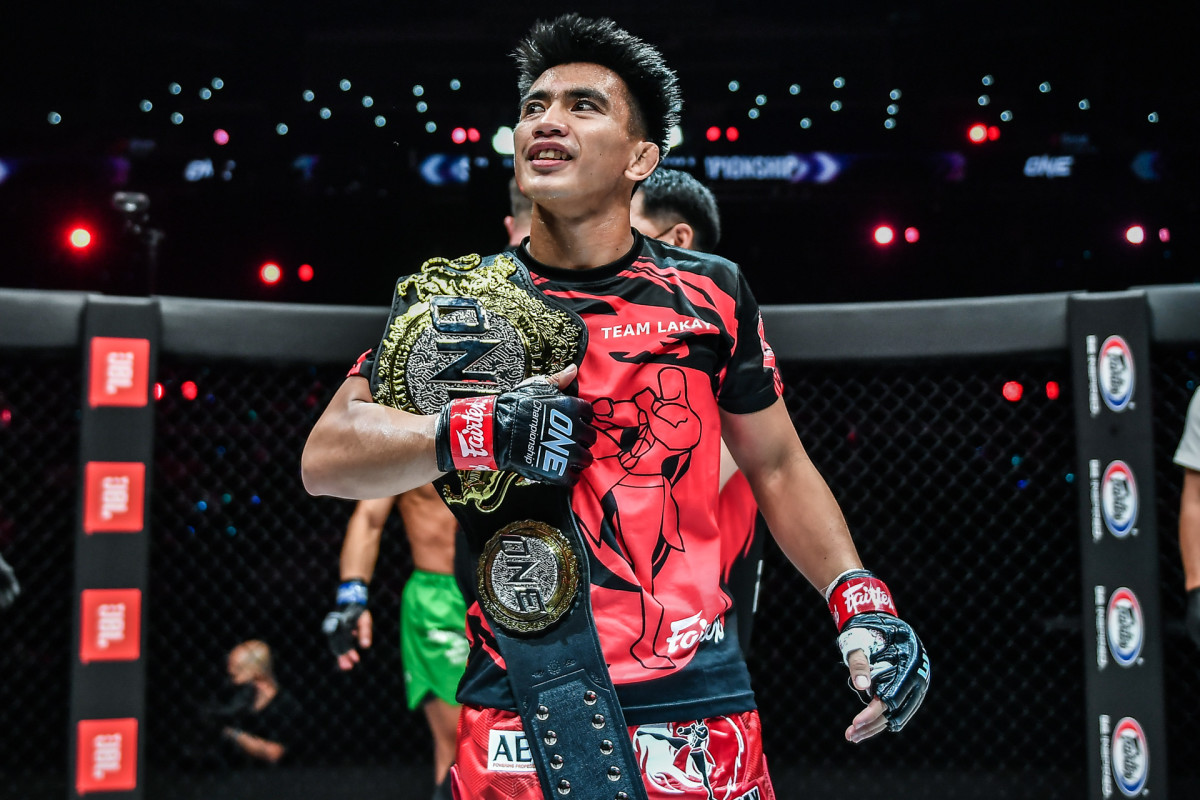 The main event for ONE 158 is official.

Strawweight champion Joshua Pacio will defend his title against Jarred Brooks on June 3 at ONE 158, Sports Illustrated has learned.

A two-time strawweight champ, Pacio (20-3) has made three successful defenses in this title run, most recently last September in a rubber match against rival Yosuke Sarita. Pacio will be challenged by Brooks (19-2, 1 NC), winner of five in a row, which includes his three-fight win streak since joining ONE.

“Challenging for the title in the best organization in the world is a dream come true,” Brooks said. “I’ve been thinking, sleeping, and breathing the fight game for my entire life. And to win the belt would mean more than life itself. “

Pacio is undeniably ONE’s reigning 125-pound king. He has won eight of his last nine, suffering only the one defeat in the past four-and-a-half years. A part of the famed Team Lakay, Pacio is in the process of importing new mastery to the art of the wushu style in mixed martial arts. With ONE set to experience rapid growth once its new streaming deal starts imminently with Amazon Prime, the 26-year-old Pacio is among those in the company with the potential to become a breakout star.

“I am the champion and ready to defend,” Pacio said. “I know Jarred will come as strong as he is, as ready as he is, but I’m going to use all the tools we’ve been working on. My team and I are set to remain champions. “

ONE Vice President Rich Franklin sees this strawweight title bout as a contest that will embody the fighting spirit embedded within the ONE Championship Circle. The title bout provides a must-see attraction for ONE 158, especially considering both Pacio and Brooks fight such dynamic, captivating styles.

“Both of these guys have the gas for five rounds, and this one is personal,” Franklin said. “Brooks has wins over some of the division’s toughest, including Pacio’s teammate Lito Adiwang, and his aggressive style is matched by the trash-talking lyrics of pre-fight rap. He could become ‘The Lakay Killer,’ or Pacio could put all of Brooks’ trash-talking to an end. “

More than a title bout, ONE 158 is a proving ground to see who will represent the company in its new domain on Amazon. It is a long-awaited opportunity for the 29-year-old Brooks, who competed for two years in the UFC in the flyweight division. His most notable bout was a highly-contested split decision defeat against Deiveson Figueiredo, who is now the UFC’s reigning flyweight champ, in October of 2017. The loss to Figueiredo was followed by a maddening bout against Jose Torres in June of 2018, where Brooks held complete control until midway through the second round when he knocked himself unconscious while attempting a slam. He defeated Roberto Sanchez that September, but was released from the UFC only two months later. This title bout is a chance to elevate himself to an entirely new tier of success in MMA.

“While I think Joshua has some really great capabilities, I don’t think he has the same heart as me,” Brooks said. “He doesn’t have the same will or determination to win that I have.

“My prediction is that I’m going to submit Pacio in the first or second round. I will be the next ONE strawweight world champion. “

Justin Barrasso can be reached at JBarrasso@gmail.com. Follow him on TwitterJustinBarrasso.