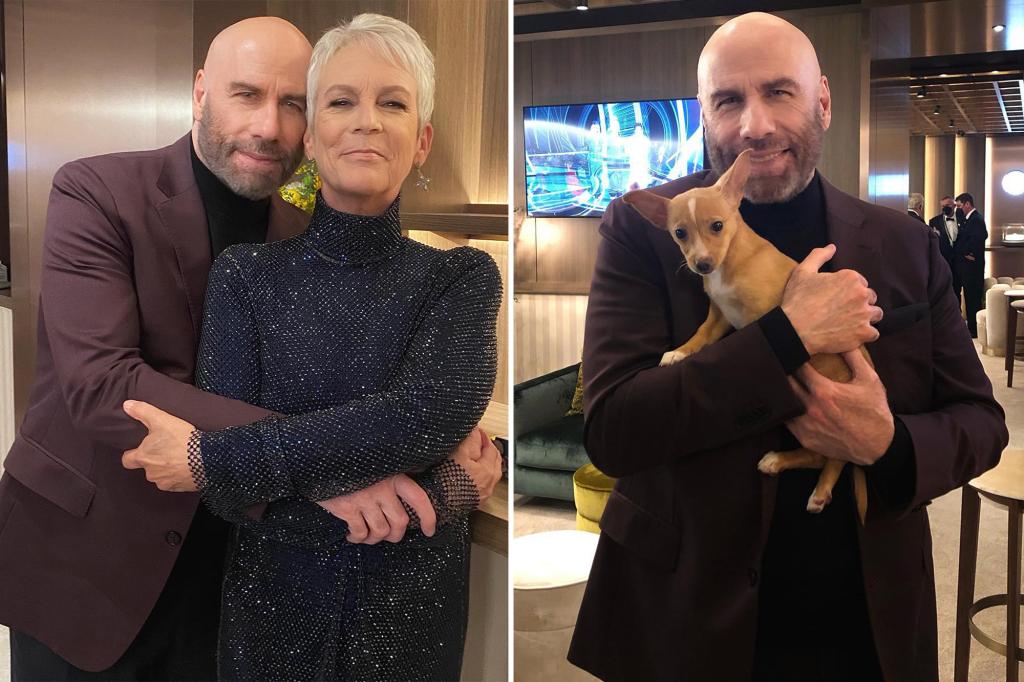 A little furry friend that made an appearance alongside Jamie Lee Curtis at the Oscars on Sunday evening has found a new home – at John Travolta’s house!

Curtis, 63, brought out the pooch, named Mac N Cheese, on stage for a tribute to the late great Betty White during the In Memoriam segment.

The “Freaky Friday” star shared a sweet photo of the “Pulp Fiction” star, his son and Mac N Cheese shortly after the ceremony.

“A MAGICAL ending to the story from last night. At the Oscars I reconnected with my friend, John Travolta, “Curtis wrote. Curtis and the “Grease” actor had starred together in the 1984 film “Perfect.”

She then revealed that shortly after her tribute to White aired and had left the Dolby Theater, someone texted her a photo of Travolta holding the dog in the green room before it was his turn to present Best Actor later that evening.

“I thought it was so beautiful to see him with her and then today I found out that he and his son, Ben have adopted beautiful little Mac & Cheese and are taking her home today,” Curtis added.

The “A Fish Called Wanda” alum continued, “It is an emotional end and a perfect tribute to Betty White and it shines a light and AMPLIFIES the message that heroes who, like Betty, and Chad from [dog rescue] @pawworks and Nancy from @perfect_pet_rescue and the team at @maedayrescue and the hundreds of thousands of other rescues, who love and support ANIMALS, that rescuing animals and offering them shelter from the storm of life and a warm and loving home is one of life’s The most important actions we humans can take! #adoptdontshop. “

During the In Memoriam segment, Curtis held tightly to the little doggo and said some kind words about the life and legacy of the acting icon.

“She wasn’t just a Golden Girl, she was a legend,” Curtis said of the “Mary Tyler Moore” actress. “She brightened every room she walked in and brought a smile to all who watched her on the screen day in and day out, for almost a century.”

Curtis went on during the show, “She was a woman who cared so much for not just her two-legged friends but for animals just like this one. So, the greatest gift you could give Betty White is to open your heart and your home and adopt a rescue dog just like Mac N Cheese from Paw Works. ”

“Thank you, Betty, thank you for being a friend to us all,” she concluded. Curtis and White had starred together in the 2010 family comedy “You Again.”