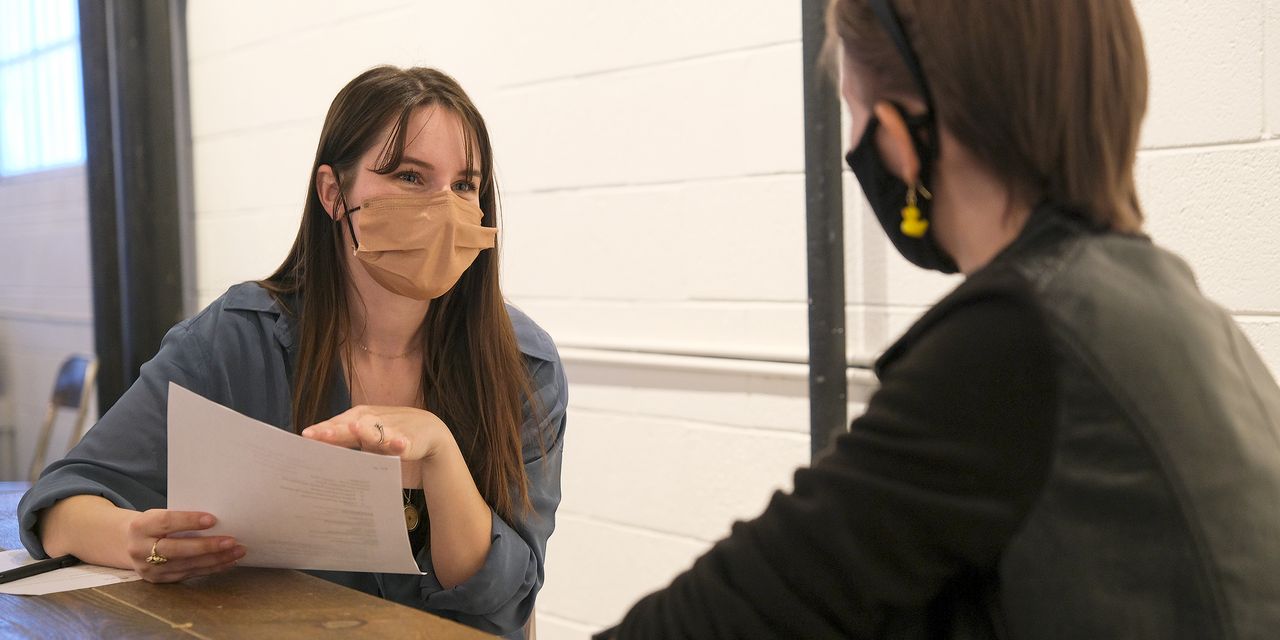 Available jobs fell slightly for the second consecutive month in February after touching a record high late last year, a sign employers are able to fill open positions as the pandemic eases.

The Labor Department on Tuesday reported a seasonally adjusted 11.3 million job openings in February, a modest decrease from the previous month’s level and slightly below December’s 11.4 million record. The number of times workers quit their jobs rose slightly to 4.4 million, but held below November’s record high, while hiring slightly increased from the previous month.

Separate private-sector estimates showed employers had 11.2 million job openings on March 18, according to jobs site Indeed. US job postings tracked by Indeed have plateaued below a peak reached at the beginning of the year. Still, that well outnumbered the 6.3 million Americans who were unemployed but seeking work in February, according to the Labor Department.

The job-openings report “signals that while the US labor market remains hot, the temperature might be dropping. Demand for workers has leveled off, and the rate at which workers quit their jobs is no longer climbing, ”said Nick Bunker, an economist at Indeed.

Mr. Bunker said that while the level of job openings remains high in industries like leisure and hospitality as people feel more comfortable going to bars and restaurants, thanks to vaccinations, the pace of job growth is easing.

“A lot of government support that was helping people out is over — the government cheese isn’t coming anymore. They’ll need to work in order to support themselves, “said Mr. Shapiro said. “And kids are back in school, so parents don’t have to worry about what to do with their kids.”

About 2.8 million people weren’t working in early March because they either had or were caring for someone with Covid-19, down from 7.8 million in late January and early February, according to Census surveys. And the number of people who weren’t working because they were afraid of getting sick fell to 2.3 million from 3 million.

Later this week, the Labor Department’s employment report for March will offer further details about hiring and wage growth, and both are expected to have remained strong. Economists surveyed by The Wall Street Journal expect employers to have added 490,000 new jobs, down from 678,000 in February. They expect average hourly earnings to jump 0.4% from the prior month, when wage growth was essentially flat.

The US labor market still faces the challenge of elevated inflation, which rose 7.9% year-over-year in February, the highest in 40 years.

“Everybody’s reading about a high rate of inflation. They are seeing it at the gas pump, they are seeing it in the grocery stores, so that can cause employee demand for higher wage increases to kick up, ”said Patricia Buckley, managing director for economics at professional-services company Deloitte.

The Conference Board’s consumer-confidence index, a gauge of sentiment about factors including the labor market, said that consumers grew more pessimistic on their expectations for the future in March because of rising prices and the war in Ukraine, but strong employment growth helped boost overall consumer confidence.

Because of higher costs, Michelle Pusateri, owner of Nana Joes Granola, a granola company in San Francisco, said she has tried to find ways to meet consumer demand without having to add more workers as she looks to minimize costs.

“We have been looking at increasing efficiencies through automation, which would mean not having to hire more people,” she said. Pusateri said, citing the packaging process as one area of ​​focus.

Write to Bryan Mena at bryan.mena@wsj.com