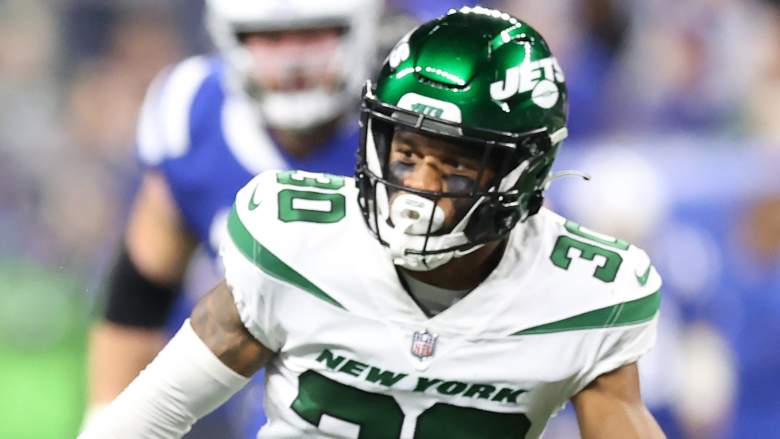 Certain players always seem to steal the headlines and others consistently fly under the radar.

For the 2022 New York Jets, few athletes are as quietly efficient as nickelback Michael Carter II. So much so that some fans have been wondering if the former fifth-round pick was still getting first-team snaps this spring.

After all, the Jets bulked up their secondary over the offseason and former outside starters like Bryce Hall and Brandin Echols could be looking to swipe a new role in the slot.

ALL the latest Jets news straight to your inbox! Join the Heavy on Jets newsletter here!

During a June 21 edition of the “Flight Deck” podcast with Rich Cimini, the ESPN NYJ beat reporter fielded questions from the Green & White faithful and one supporter asked about Carter.

“Haven’t heard much about Michael Carter II, how was he at minicamp?” Asked the fan. Cimini immediately calmed any concerns about the second-year prospect, voicing:

When you don’t hear about a guy, sometimes it’s a good thing and that’s the case here. Michael Carter was there, he played. He is firmly entrenched as the starting nickelback. He is the slot corner, Jets really like what he did last year, and they totally expect him to be back in that position.

It was an intuitive question because some have already speculated whether a versatile piece like Echols might compete at nickelback this summer. As of now, it’s still Carter’s job to lose according to Cimini.

Of course, Echols did miss most of the organized team activities (OTAs) and minicamp with a shoulder injury. Team reporter Eric Allen noted that the 2021 sixth-round draft pick “is expected to be ready to compete in training camp,” adding that he’s “put on muscle” this offseason.

Allen made no mention of Echols or Hall when discussing the nickelback position, however, naming Javelin Guidry as Carter’s top challenger once again.

If you go by the analytics, Carter had a rough second half in 2021. Outside of Week 17 against the Tampa Bay Buccaneers, all of the defensive back’s top efforts according to Pro Football Focus came Week 8 or earlier.

His best grades were Weeks 8 and 3 (78.4 and 76.4) in that order, against the Cincinnati Bengals and Denver Broncos. His worst showing came against the Indianapolis Colts after a short week.

The Jets and Carter got run over defensively in Indy and you have to wonder if stamina factored in. Going one step further, that short week matches an interesting trend for his entire campaign. College players generally feel the effects of a longer pro-level season in year one and the Duke product may have run out of steam after a high rookie snap count.

His coverage scores trended downhill as the schedule went along but it was Carter’s run defense that suffered most. Like the bulk of this Jets defense a season ago, “MC2” could not stop the ground game over the final stretch of 2021.

It was an up-and-down rookie campaign for Carter but he always looked the part. With better pieces around him and a full year under his belt, there’s no reason to believe that the DB won’t develop into the steady starter that the coaching staff sees him as.

Follow obermuller_nyj and BoyGreen25 on Twitter for all the latest New York Jets breaking news, rumors, fresh takes and more!