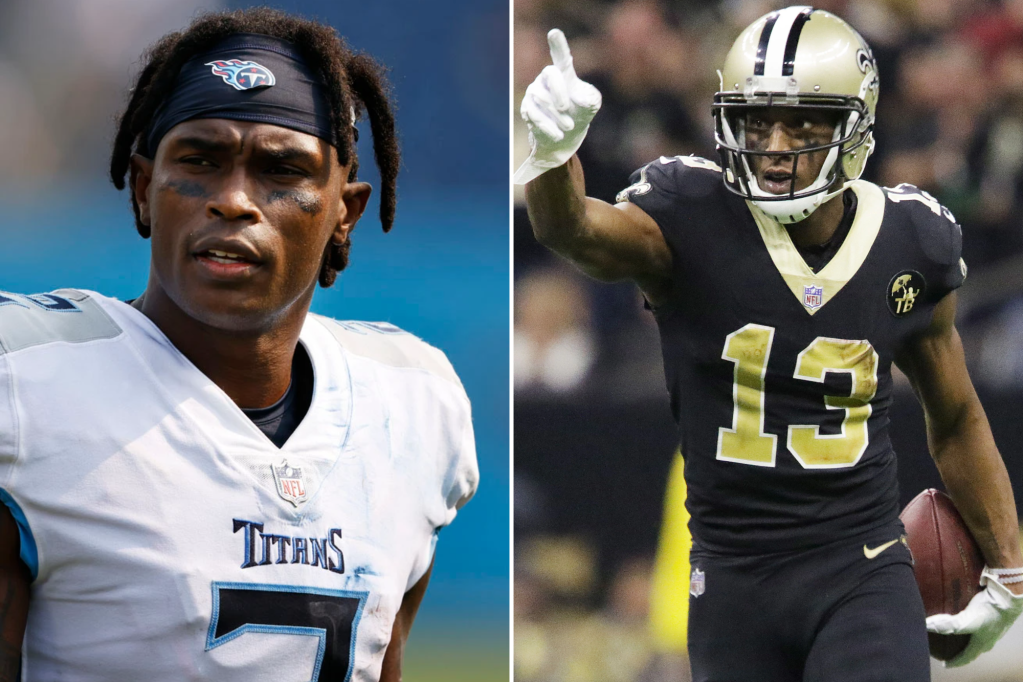 After showing interest in Amari Cooper (at a potentially reduced price) and finishing as the runner-up in the Tyreek Hill trade, where can they turn next? Free agents Allen Robinson and Christian Kirk are off the board, but the surprise trades of Hill, Cooper and Davante Adams show anyone is available in this bold offseason.

Julio Jones, 33: Is the future Hall of Famer washed up?

The Titans traded a second-rounder for him last offseason but cut him after getting just one touchdown in 10 games of Jones’ second straight injury-plagued season.

Drake London, 20, USC: Hunt for a red-zone threat ends with the 6-foot-4 skyscraper, who had 88 catches for 1,084 yards and eight touchdowns in eight games before a broken ankle.

Garrett Wilson, 21, Ohio State: Combine 4.38-second speed in the 40-yard dash with a big catch radius and inside / outside versatility and you have a home-run hitter.

Michael Thomas, 29, Saints: Missed all of last season with an ankle injury that seemed to cause a rift in his relationship with the Saints. Is he still worth $ 51.9 million over the next three years without Drew Brees’ throwing and Sean Payton’s coaching?

Tyler Lockett, 29, Seahawks: Getting better with age, averaging 78 catches for 1,062 yards and nine touchdowns since 2018. He is owed about $ 50 million through 2025. DK Metcalf supposedly is unavailable even after the rebuilding Seahawks traded Russell Wilson.

DeAndre Hopkins, 29, Cardinals: Clearing out Kyler Murray’s best receiver (owed $ 41 million over three years) might be one way to afford the quarterback’s demanded big extension, especially if Hopkins’ injury-plagued down season in 2021 was a sign of what’s to come.