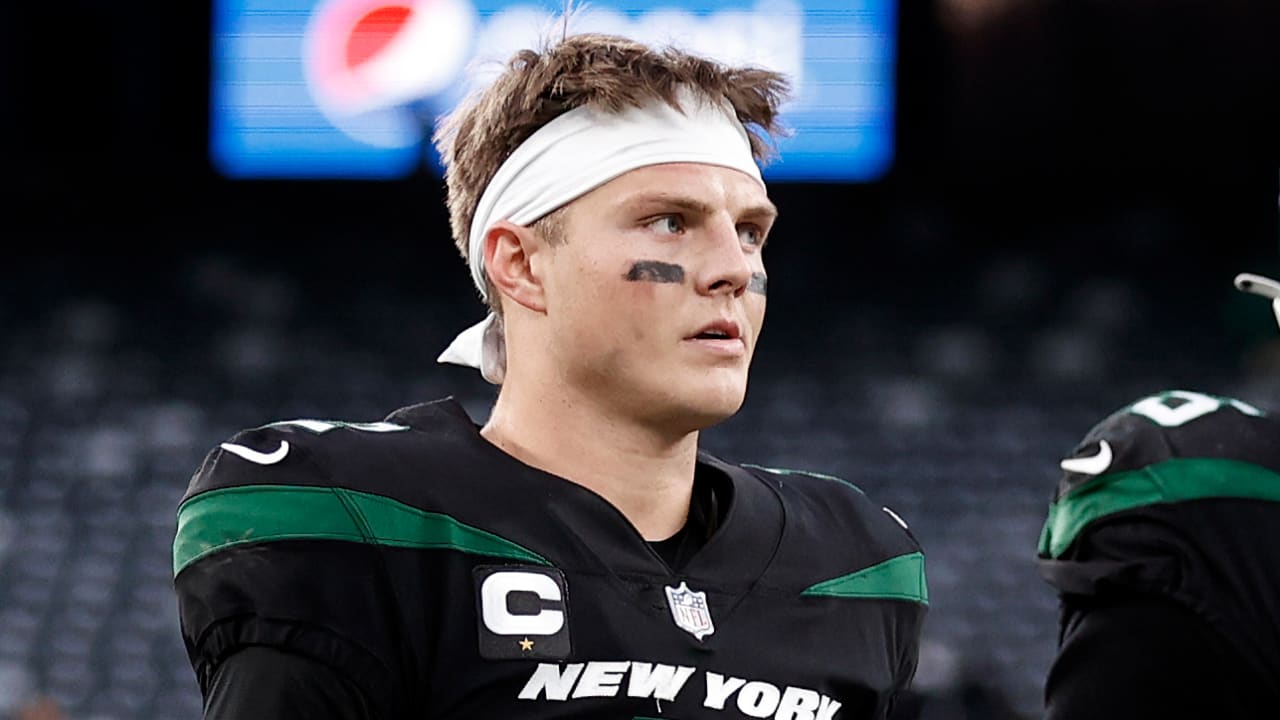 Following a draft that featured three first-round picks, excitement for the New York Jets’ 2022 season is brimming in early May.

Jets head coach Robert Saleh furthered the offseason frenzy with an update on Zach Wilson during rookie minicamp this weekend.

“Zach looks good,” Saleh said of the Jets quarterback on Saturday, via the New York Post. “He’s definitely hit the weight room. He looks beefy, in a good way. He’s definitely filled out. He’s still got all his looseness in throwing the football and zip and all that stuff. He looks good.”

Last year’s No. 2 overall pick, Wilson tipped the scales at 210 pounds this time last year, and adding strength to his 6-foot-3 frame could bode well whether it’s escaping would-be sacks in a crowded pocket or improving his throwing motion.

Physical assets aside, Saleh is seeing Wilson mature as a QB in the early stages of Year 2.

“He’s got a really good early command of the offense and he’s doing a really good job in regards to that,” Saleh said. “There’s little things that he’s doing where you’re seeing a little more security. He’s not a rookie, so he’s being a little more vocal. He looks good. He’s getting more comfortable, obviously grasping the offense. He’s never had trouble grasping the offense, but he was a rookie so he goes through it. He’s much further ahead at this point than he was a year ago, for sure. “

Wilson struggled during his rookie season but showed flashes of promise. The 22-year-old threw for 2,334 yards, nine touchdowns and 11 interceptions while adding 185 yards and four more scores on the ground. His completion percentage of 55.6 reflects the necessary improvements needed for his development, but playing alongside a developing roster and dealing with a midseason knee injury lends proper context to Wilson’s rookie year.

New York upgraded its offensive line (Laken Tomlinson) and added a solid tight end duo (CJ Uzomah, Tyler Conklin) through free agency while drafting wide receiver Garrett Wilson and running back Breece Hall to improve its offense on paper for Zach Wilson. Defensively, Saleh’s unit also underwent a major overhaul in the secondary with the signing of Jordan Whitehead and DJ Reed before drafting Sauce Gardner with the No. 4 overall pick in the 2022 NFL Draft. Trading back into the first round to select pass rusher Jermaine Johnson provided juice to the outlook of a new Jets D that can certainly help set up Wilson for success.

By showing up to the team’s voluntary offseason program with an upgraded physique and new level of aptitude, Wilson is preparing himself for a big season.