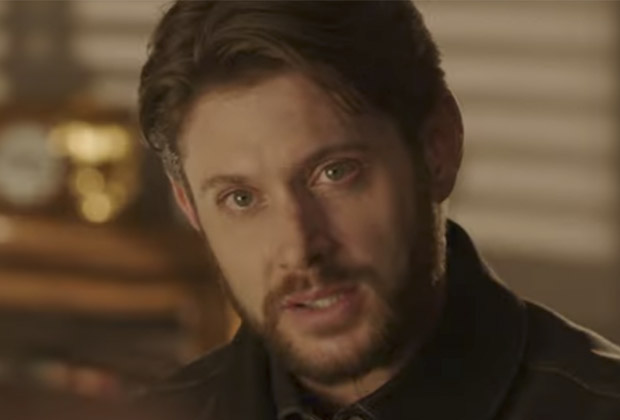 ABC’s Big Sky has a new sheriff, and his name is… Jensen Ackles.

On Thursday, the network dropped a new teaser for the Season 2 finale featuring the Supernatural alum as the new lawman, cowboy hat and all.

In the episode airing Thursday, May 19 at 10 / 9c, Ackles will guest-star as Beau Arlen, a “confident and charming good ol ‘boy from Texas who steps in as a temporary sheriff – and Jenny Hoyt’s new boss – as a favor to his friend, Sheriff Tubb, ”per our sister site Deadline.

See Ackles in action in the above video.

The season (perhaps series?) Finale, titled “Catch a Few Fish,” will present a “struggle between head and heart,” according to the official synopsis.

Final resolutions are made as Jenny works to find Travis before he reaches a dangerous point of no return. Meanwhile, Ren and Jag find a new familial bond and decide together how to handle their father now that he’s crossed a serious line. After receiving a startling surprise from Scarlett, Cassie changes the course of her quest for justice forever. Later, with Tubb out of commission for the time being, a new sheriff comes to town; And after getting fully acquainted with Cassie and Jenny, it seems like he may just stick around for a while.

Fans can also catch Ackles as Soldier Boy in Season 3 of The Boyspremiering Friday, June 3 on Prime Video.

Ackles is also set to narrate the Supernatural prequel series The Winchesters, which was ordered to series on Thursday. The spinoff tells “the epic, untold love story” of how Sam and Dean’s parents, John (played by The In Between’s Drake Rodger (and Mary)American HousewifeMeg Donnelly), first met, “and how they put it all on the line to not only save their love, but the entire world.”

Want scoop on Big Sky, or for any other show? Email InsideLine@tvline.com and your question may be answered via Matt’s Inside Line.