“He’s almost 16 at the moment. I get really embarrassed when he sees us shower together. I can tell he does too.”

Janet McCurdy is detailing a disturbing ritual she claims her late mother performed to her as a child.

During her appearance on Wednesday’s season premiere of Facebook Watch’s “Red Table Talk,” the “iCarly” alum — who has spoken relentlessly about being allegedly abused by her late mother, Debbie — recalled that she Was forced to take a bath with his teenage brother. , Scotty, when she was 11 years old. 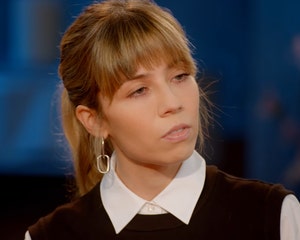 Sitting at the table with Jada Pinkett Smith, Willow Smith and Adrienne Banfield, McCurdy, 30, recited an excerpt from her memoir, “I’m Glad My Mom Died,” in which she described alleged bathing rituals.

“Mom gives me a scooty bath sometimes,” she said, reading the piece aloud to the group. “He’s almost 16 at the moment. I get really embarrassed when he sees us shower together. I can tell he does too.”

“We usually look away from each other,” she continued, adding that her brother “would distract himself by drawing Pokémon over fogged glasses.”

“When she gives us a shower together, mom says it’s because she has too much to do,” McCurdy read. “Scotty asked if he could bathe himself one more time. Mom cried and said she didn’t want him to grow up, so he never asked again after that.”

Facebook is waiting for your permission to load the video.

McCurdy continued reading, claiming that her mother — who died in 2013 after battling breast cancer — would give her breast and vaginal exams in the shower.

“Whether Scott is with me or not, mom gives me a breast and ‘front butt’ exam, which she calls my private parts,” she read aloud. “She says she wants to make sure I don’t have any mysterious lumps or bumps because they could be cancerous.”

“I say okay, because I definitely don’t want cancer, and since Mom had this and all, she’ll know if I do.”

After reading the excerpt, the “Sam & Kat” alum – who also has brothers Marcus and Dustin – was asked by Pinkett Smith if the rain affected her “dynamic” with her brother, which McCurdy referred to as a “beautiful question”. described. 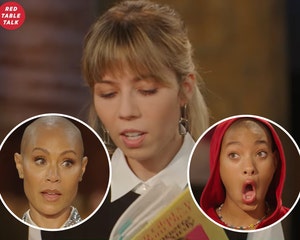 “I am very close to all three of my brothers,” she shared. “And they have been a source of love and support and continuity in my life when there really was nowhere else to go.”

“Isn’t it amazing?” He added. “We have such a beautiful bond, and there’s such an understanding that I think about the things we went through together and the things we saw together.”

Also during the 40-minute episode, McCurdy opened up about the impact of the “psychological marriage” between him and his mother, as well as their dynamics after the Nickelodeon alum first lived on his own.

Watch here to see what he had to say as well as more revelations from the episode.