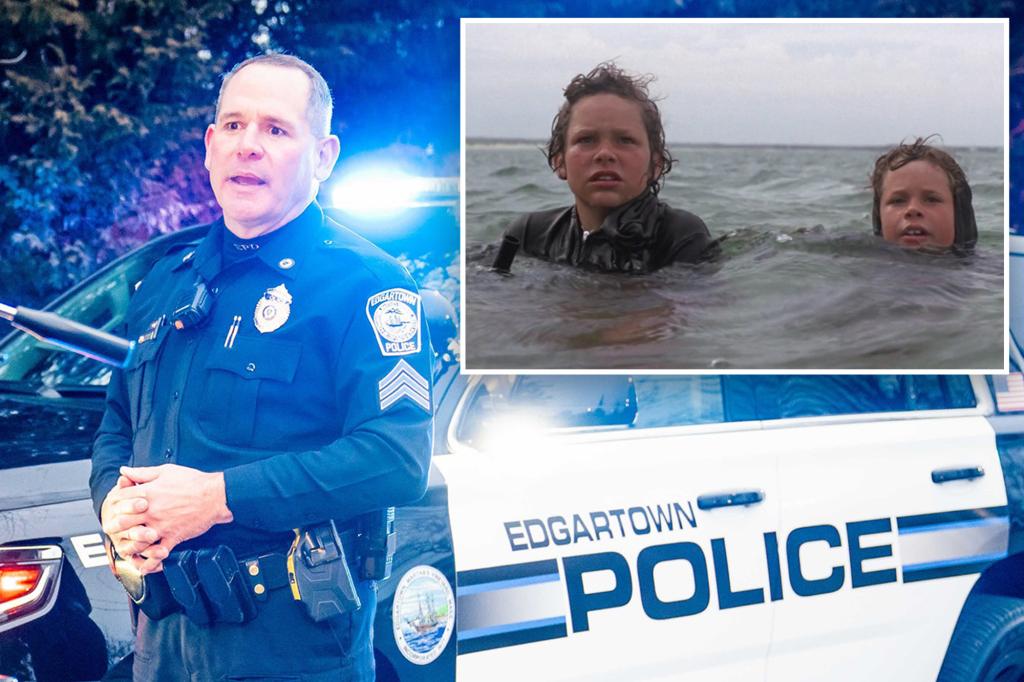 From co-starring in “Jaws” to enforcing the laws.

Jonathan Searle has been named the new police chief of Oak Bluffs – 47 years after he filmed Steven Spielberg’s iconic shark shocker in the same Massachusetts town that went by the fictional name of Amity in the classic summer blockbuster.

His appointment generated a big bite of buzz when the tiny town’s board announced it had voted 3-1 to offer the top cop role to the longtime community servant.

“I’m finding the whole thing quite funny myself!” Searle, 56, told The Post on Thursday amid all the fuss on the island located south of Cape Cod.

Oak Bluffs, which is home to just over 5,000 full-time residents, is part of Ritzy Martha’s Vineyard, where “Jaws” was shot back in 1975.

In that movie, Searle and his real-life brother, Steven, memorably played two pranksters who caused mass panic on the beach after swimming into the ocean with a cardboard fin.

Searle is actually a real-life native of Martha’s Vineyard, and chose not to pursue a movie career despite his role in one of the most famous films of all time.

Instead, the former child actor – and son of police chief George Searle, who served on the force for 30 years, and held the top cop role from 1981 to 1995 – joined the PD in nearby Edgartown back in 1986.

“I’m clearly elated and I’m humbled and honored to have been offered the position,” he excitedly told his local news outlet The Vineyard Gazette. “It’s something I’ve been working towards my whole career.”

As he gradually rose through the ranks, the younger Searle most recently helped lead Project Outreach, an initiative partnering officers with recovery coaches to help get residents battling addiction into treatment programs.

Ironically, “Jaws” revolved around the exploits of a police chief named Martin Brody.

However, Searle hopes life won’t imitate art, saying he wants to focus on catching criminals on dry land – not deadly sea life skulking in nearby waters.

But back in 2008, news of terrifying shark sightings hit headlines in Martha’s Vineyard, with Searle forced to investigate.

A man sparked panic after telling beachgoers he had noticed “two huge great white sharks swimming” in the waters off Martha’s Vineyard.

But Searle’s investigation determined that there were no such sharks, with the man – named as Michael Lopenzo – determined to be hoaxer, who was later charged with disorderly conduct.

At the time, “Jaws” superfans noticed the irony of the fact that Searle had tracked down a shark hoaxer after playing one himself in one of the most famous films of all-time.