Japanese man spends $15,700 on dog costume to fulfill lifelong dream of transforming into an animal 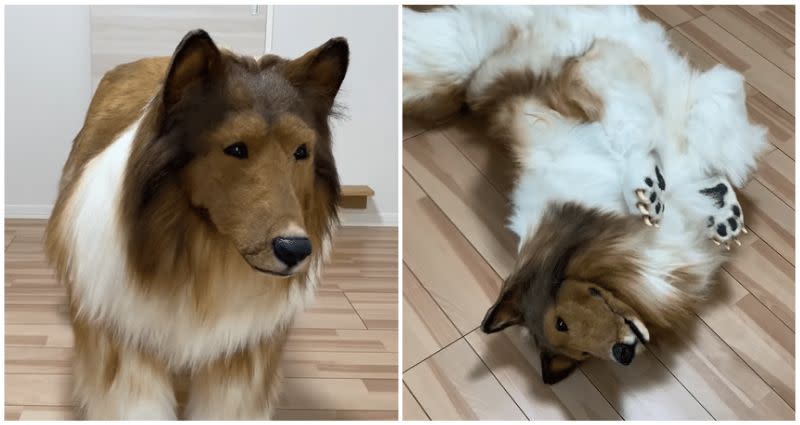 To fulfill his lifelong dream of transforming into an animal, a Japanese man spent 2 million yen (approximately $ 15,709) on a realistic border collie costume.

For his costume, the man, Toko, commissioned a Japanese company called Zeppet, which specializes in sculptures and models for movies, commercials and amusement facilities as well as TV costumes and mascots. The costume reportedly took 40 days to create. Toko also went through multiple rounds of revisions, including meetings and fittings for the costume.

In an interview with MynaviToko explained that he chose a border collie costume as the long hair can “mislead the human figure.”

“I made it a collie because it looks real when I put it on. My favorite is quadrupedal animals, especially cute ones. Among them, I thought that a big animal close to me would be good, considering that it would be a realistic model, so I decided to make it a dog, ”Toko said. “I met such a condition and made collie, my favorite breed of dog.”

More from NextShark: Divorce lawyer on TikTok explains why men should always pay on first dates

A Zeppet employee said that creating the costume was difficult as it requires a significant amount of time to study how the dog’s figure can correspond with a human figure.

Toko posted a video to his YouTube channel on April 12 where he tries on the border collie costume and transforms into a dog, making dog-like motions. He could be seen waving his “paw” in the air and flopping to his side as a real-life dog would.

More from NextShark: Adorable Corgi Brother and Sister Are a Wholesome Watch for Quarantine Blues

The dog-lover also posted several photos to his Twitter page @toco_eevee, where he captioned that he was “able to fulfill my dream of becoming an animal!”

More from NextShark: Dad Learns to Play Guitar So He Can Play Songs For His Newborn Baby