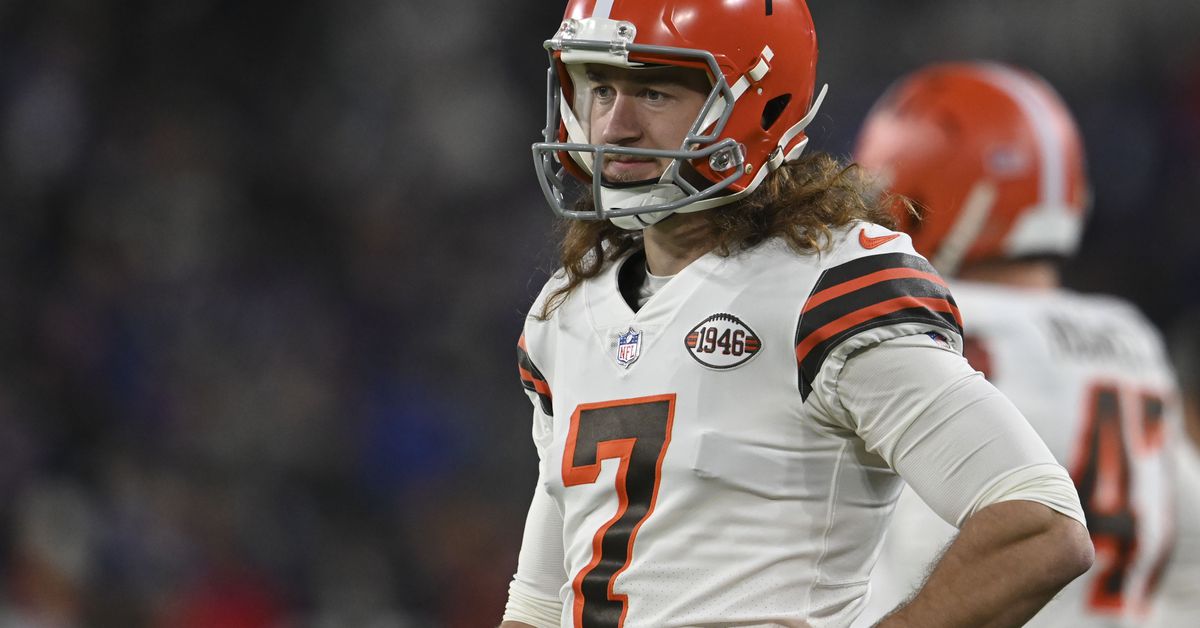 Will Jamie Gillan be the punter for the New York Giants in 2022? Let’s discuss that as we continue profiling the team’s 90-man roster.

The ‘Scottish Hammer’ is a left-footed punter who punted in 44 games over nearly three full seasons for the Cleveland Browns before being released 12 games into the 2021 season.

Gillan signed a reserve / futures deal with the Giants after finishing last season on the Buffalo Bills’ practice squad.

Gillan was outstanding for Cleveland in 2019, with a 74.3 Pro Football Focus grade, a 42.3 yards per point net average, 39.4 percent of his punts landing inside the opponents’ 20-yard line, only 31.7 percent of his punts being returned and a hang. time of 4.53 seconds.

As we head to training camp, Gillan is the only punter on the Giants’ roster. The Giants are obviously hoping to find the 2019 version of Gillan. If Gillan shows throughout training camp and the preseason that he is more likely to give the Giants the 2021 version, then perhaps the Giants will scour the waiver wire for a better option.