‘It Be Your Own Children’: Tamar Braxton Shares Her Son May Have Set Up a Private Performance at His School and Gives the Singer a Dress Code Requirement

Home /Celebrity/‘It Be Your Own Children’: Tamar Braxton Shares Her Son May Have Set Up a Private Performance at His School and Gives the Singer a Dress Code Requirement 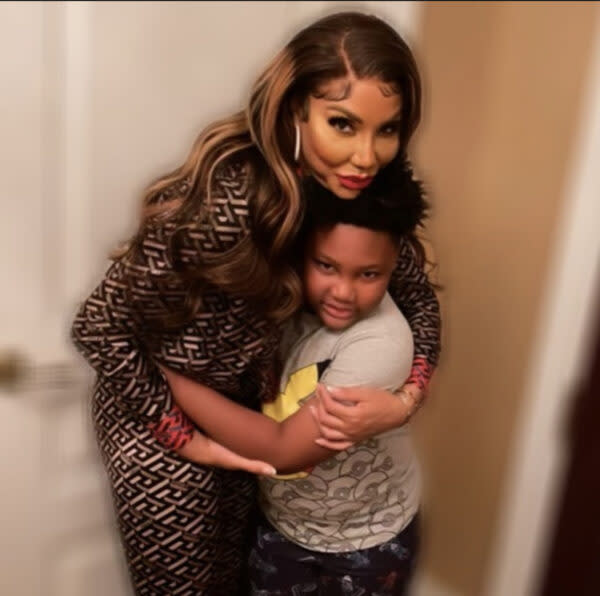 Tamar Braxton shared the growing pains of being a celebrity mother to a third-grader following her son Logan Herbert‘s unusual request.

The incident began on May 13, after Braxton informed her Twitter followers that she was going to read at Herbert’s school. In the tweet, she revealed that things took an unexpected turn when the 8-year-old told the singer to dress up in her stage attire.

While mentioning that Herbert possibly set up a performance for her, Braxton wrote, “I have to go read at my baby school and the child tells me to dress like ima bout to go onstage. I think he set me up to sing a selection. ”

The 45-year-old wrapped up the post by saying that she won’t perform “Hot Sugar” because it wasn’t age-appropriate. “I promise it won’t go away. No hot sugar performance today for these 3rd-grade children. They are getting the sweat suit ministry & a book. “

Braxton also reposted a screenshot of her tweet on Instagram a short time later and disclosed in the caption that she should sabotage what her son planned by wearing a comfortable ensemble that includes sweats, heels, and her “daddy socks.”

She said, “It will be your own children with the set up. I should go with sweats and heels and my daddy socks like my mama used to do me. ” As fans viewed the upload, many were hysterical as they brought up Herbert’s dress code requirements.

“In other words don’t come to the school looking crazy!”

“Logan said get up and look nice before you come representing him.”

“Not like you going on stage! Let me find out Logan ain’t with the regular attire! I am too tickled! He gave you a whole dress code! ”

Among the previous remarks, others claimed that Herbert was following in his father Vincent Herbert’s footsteps and taking on the role of Braxton’s manager. One wrote, “He’s her new manager! He was built for this. ” Another said, “He’s booking his first Artist !!! Sounds like a Manager to me. “

Hours following that post, Braxton shared that Herbert also asked her to perform “Hot Sugar” despite her reluctance in an Instagram Story. She wrote, “And asked me to sing Hot Sugar like it was nothing.” Since then, no additional details regarding what transpired at Herbert’s school have been released.

Ernesto Castro
Record number of Game 7s to be played between NBA, NHL this weekend
EA Hints at 2023 Releases, Netflix is Sued by Shareholders, & More! | IGN The Weekly Fix