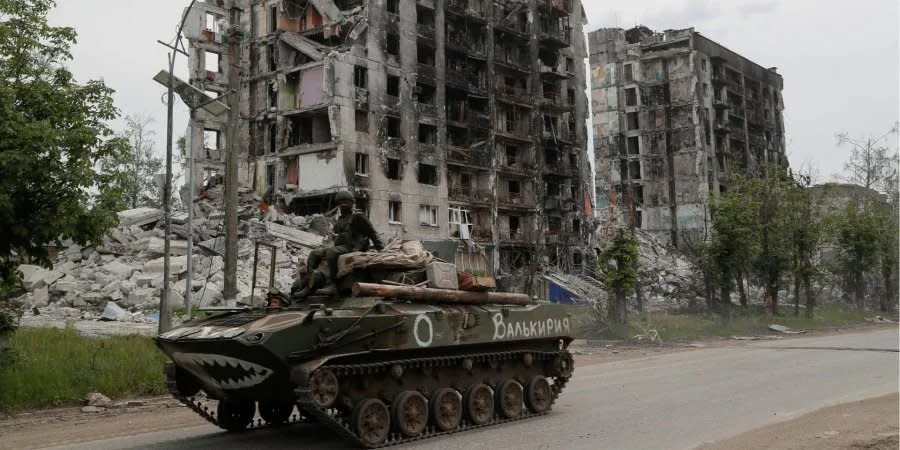 One of the invaders can be heard saying that he came under heavy fire from the Ukrainian Armed Forces at night and complained about the shortage of personnel.

“We have three people on duty here all day,” said one of the speakers, presumably a Russian soldier, in the intercept.

“There’s barely time to sleep. If only it were so that some would be here, others – there. As things stand, these three are on guard all night, and four – there. In the morning, as we went out, they started [pounding] us with AGS (automatic grenade systems). At first, they struck the field, then got closer and closer. Some ‘transits’ were driving around. They didn’t just hit us, they also [pummeled] someone else there. ”

Another participant in the conversation responded that a tank unit near them had also come under fire.

“One 200, one 300,” the other participant said, referring to Russian military codes for dead and wounded.

“They [struck] at night. A reconnaissance and sabotage group came. They showed us everything. And told us everything. There is nothing worthwhile to take and leave with. Trash everywhere. Either (the equipment) drives and doesn’t shoot, or it shoots and doesn’t drive. “

Numerous intercepted Russian military conversations have revealed low and rapidly worsening morale among the invaders, due to heavy casualties and poor supplies. Military experts have commented that the Russian army’s poor logistics were a major contributing factor in their loss in the Battle for Kyiv.

Help NV continue its work reporting on the Russian invasion