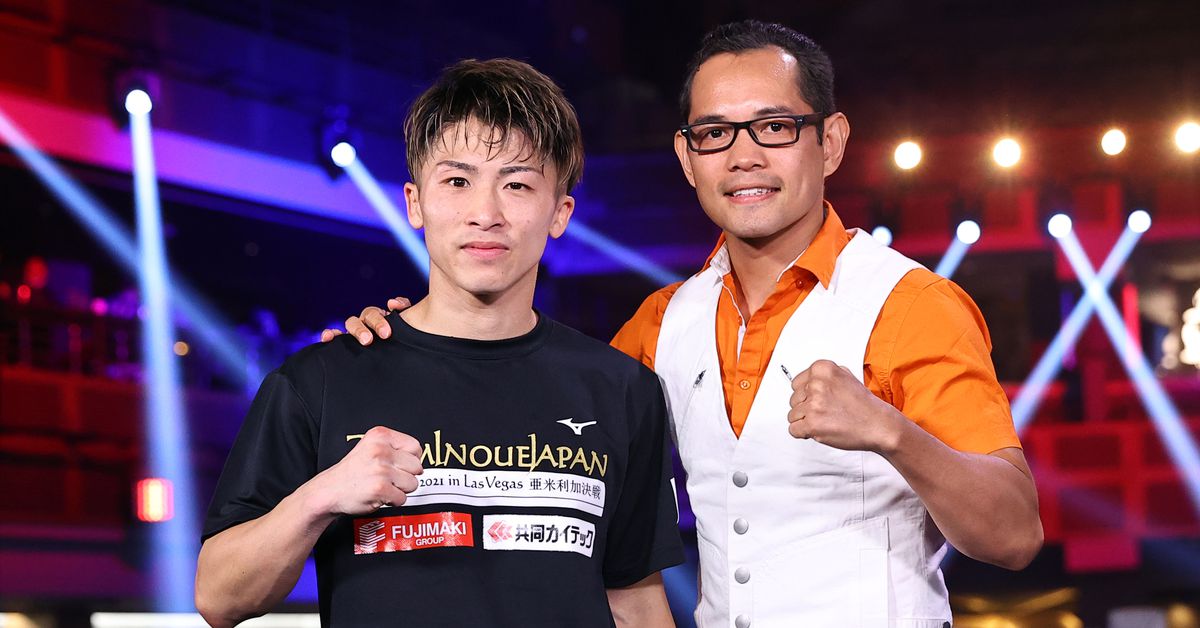 ESPN +5:30 am ET, Naoya Inoue vs Nonito Donaire 2. The first Inoue vs Donaire fight was an instant classic, the 2019 Fight of the Year in Saitama, and they go back to the same venue to do it again. This could be the last great shot Donaire gets, not because he’s any worse than the No. 2 bantamweight in the world today and still a pretty great fighter, but because if he loses here, what else is there to do? His great goal at 39 is to go undisputed. Bantamweight is his division, he’s tried fighting north of 118 and he’s not the same guy. If Inoue beats him again – and that will be the expectation for most – then he may just hang up the gloves after a Hall of Fame-bound career. Inoue, on the other hand, doesn’t have any bigger fight than this one to do. If he wins here, he could try for undisputed with Paul Butler, or look to 122, and at some point, Inoue is also going to find the weight class that’s too much – and it’s probably coming soon. Two undercard fights, early morning for those of us in the US, let’s have some Tuesday morning good fun. BLH will have live coverage.

DAZN and Social Media4:00 pm ET, Munguia vs Kelly press conference. Can you imagine something more boring than watching people try to sell you this fight?

DAZN7:50 pm ET, Hiroto Kyoguchi vs Esteban Bermudez. DAZN and Matchroom head to Guadalajara for a show on paper co-promoted by Canelo and his team. Kyoguchi is defending the WBA 108 lb title against Bermudez, who has the secondary version after upsetting Carlos Canizales about a year ago. It was a little fluky, but when a guy can punch and gains that confidence, he’s dangerous, and Kyoguchi is hittable. Jorge Castaneda will face Eduardo “Rocky” Hernandez, which could be interesting, plus Mayerlin Rivas defends her WBA 122 lb title, and a bunch of prospects in action. BLH will have live coverage.

SHO9:00 pm ET, Bakhodir Jalolov vs Jack Mulowayi. Tokyo gold medalist Jalolov headlines his first ShoBox on Hall of Fame weekend. He’ll be a big favorite here, as he’s a legitimate blue chip sort of heavyweight prospect, has everything you’d want on paper. Two more fights on the card, as well. Our focus is on the DAZN card, but we’ll have post-fight highlights and results for you as soon as the show is done, too.

Sky Sports (UK)2:00 pm ET, Richard Riakporhe vs Fabio Turchi. This is a good fight, Turchi did get “found out” a bit by Tommy McCarthy in 2019, but has bounced back with three wins. Riakporhe is a guy you could already call a top 10 cruiser, and if he really impresses here, I probably will myself in next week’s rankings. Lauren Price makes her pro debut, Chris Kongo faces Sebastian Formella, Germaine Brown takes on Zak Chelli, Joe Pigford in action, and that Viddal Riley fellow is supposedly going to fight, though when he’s scheduled it’s very “wait until Friday” to be sure .

BT Sport (UK)3:00 pm ET, Marc Leach vs Liam Davies. Leach is defending the British 122 lb title against Davies. Leach beat Chris Bourke for the vacant belt last time out and now looks to take another “0” at domestic level. There’s also a vacant British title fight at 115 between Ijaz Ahmed and Quaise Khademi. They tried to settle that vacancy in Aug. 2021 and went to a draw. No one has actually defended the British belt at 115 since Lee Haskins made a pair of defenses in 2009. It’s a title with a short history as a pure stepping stone.

PPV4:00 pm ET, Trevor Bryan vs Daniel Dubois. The internet PPV, available through FITE, starts at 4 pm ET. The traditional, cable / satellite PPV starts at 5 pm ET. The main event is expected around 6:30 pm ET. This means that if you’re in the UK, the Bryan-Dubois main event will start around 11:30 pm your time. This also means that if you’re in the US and bored early or somewhat interested and wanna chuck $ 29.99 at something, you can watch this event without it interfering with the DAZN or ESPN cards later in the evening. It’s actually a very good idea! Anyway, we’ll be here. BLH will have live coverage.

DAZN8:00 pm ET, Jaime Munguia vs Jimmy Kelly. Golden Boy have done it again! We’re making Wil watch this even though Golden Boy have done their best to remove any interest in Munguia with his recent fights, to the point we never really see much in what he’s doing at all. But Munguia himself is relevant even if the matchmaking is poor. BLH will have live coverage.

ESPN + and ESPN11:00 pm ET, Edgar Berlanga vs Roamer Alexis Angulo. Berlanga has lost an incredible amount of buzz with his first round stoppage streak ended, not just because of that but because the holes in the game have been both clear and probably over-analyzed. It’s like there’s a race to make sure everyone knows you don’t see much in Berlanga. Xander Zayas was originally meant to be in the co-feature, but he’s out and now it’s Henry Lebron. BLH will have live coverage.