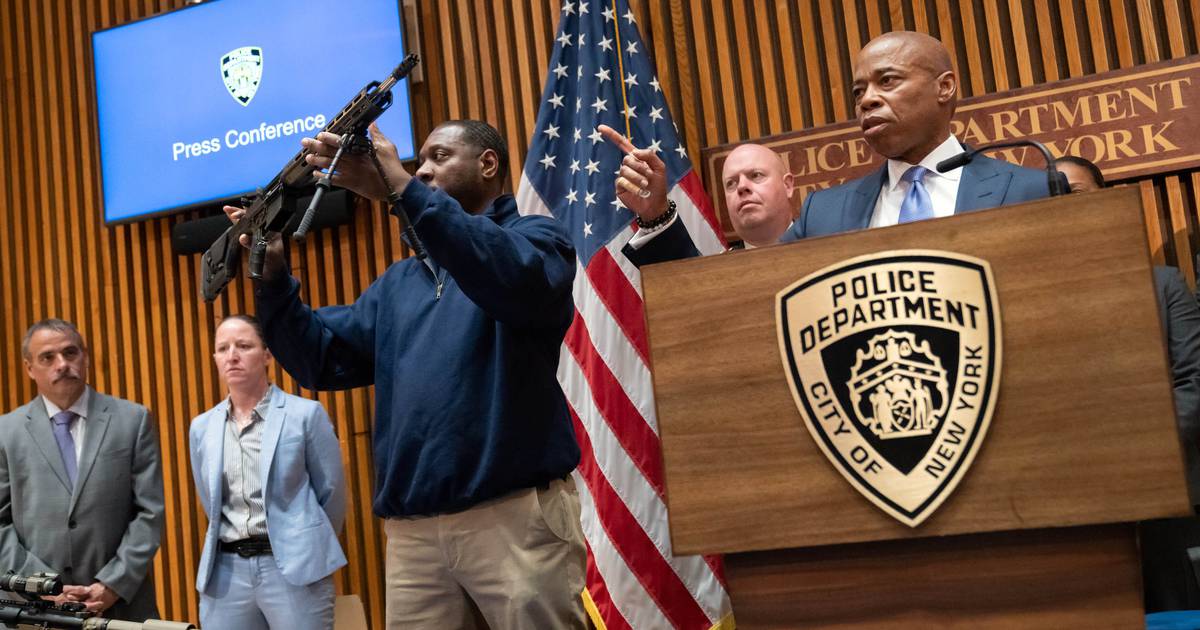 Having won office on his promise to fairly restore public safety, Mayor Adams now says that while his NYPD is doing its job and seizing more guns that hasn’t been enough so far thanks to a justice system that’s punched too many holes into the dams that are supposed to block what he likes to call “the rivers that feed the sea of ​​violence.”

“People say that you can’t arrest your way out of this problem, but you can – if you can lock up the right people,” one veteran NYPD leader just told me, referring to the 700 or so mostly young men in a city. of nearly 9 million the police suspect are likely to shoot someone or get shot sometime soon.

After initially using bail reform as a very crude proxy, Adams and the NYPD are now pointing more broadly at a justice system that’s let a parade of obviously dangerous people stay in circulation after they’d been arrested for serious crimes until they finally commit the sort. of violence that makes the top of the evening news.

Long before the pandemic gummed up the courts (and briefly helped empty out the jails), it’s been a justice system where very few cases actually make it to a trial and one built, like a firing squad where some of the guns are loaded with blanks , to make it difficult to assign responsibility to any one person or program.

Where that system is mostly anonymous, Adams and his agenda are immediately recognizable, which is why his poll numbers have gone down as the crime numbers kept going up over his first few months.

Many of those same lefties are constantly pointing to small studies of alternatives to policing to claim that if only there was enough money to provide the same services at scale, they’re “proven” to work.

Progressives can be as credible about the data points and patterns that support their priors as they are suspicious of the ones “copagandists” use the same way.

It’s an unfinished fight older than I am between investing in social programs that are supposed to pay off over decades and policing that is supposed to do so over months and years, with an awful lot of argument by anecdote all around, as captured on the front page of Friday’s Daily News:

“MORE GUN BUSTS, STILL FEAR CITY: A retooled NYPD is taking 20 firearms off streets each day, but major crime up 41% in ’22

Much of this rhetoric hits the road at Rikers, the city’s main jail nominally scheduled to close in 2027 but falling apart right now. It’s a place where – despite an absurdly high officer-to-inmate ratio and thus cost per inmate – prisoners left to fend for themselves keeping dying in the city’s custody and without intervention.

That’s detailed, yet again, in a horrific new report from a city oversight board published days before Adams’ new jails commissioner, Louis Molina, is due to submit his plan for restoring order to a federal judge and prosecutors considering taking control of the system from the city and whose patience was running thin even before the new mayor and his team came to power.

Their patience presumably got thinner after Molina skipped a meeting with the feds last month and posted pictures on the department’s Twitter page the next day showing him visiting a car show at the same time. (On Thursday, Adams made an eleventh-hour attempt to buy his team more time to turn things around and avert a takeover with an executive order creating an interagency commission he says “puts the full weight of city government behind fully and immediately addressing these challenges “After decades of dysfunction.”

“Let’s be honest,” a source in one prosecutor’s office told me while pushing back on the mayor’s narrative about a justice system endangering public safety by working at cross-purposes with the police. “Adams wants to lock up a lot more people. Where is he going to put them? ”

That source also mentioned that many of the people arrested here for carrying a gun wouldn’t have committed a crime elsewhere in America where gun laws are less restrictive. With the Supreme Court about to issue a decision poised to demolish New York’s restrictive permitting law, many of the gun-carriers the NYPD is after now could be street-legal here by the end of the year.

That would be one more big hole in a dam for Mayor Adams to try and repair or channel around as these rivers keep flowing towards the sea.

Ernesto Castro
10 Movie Sequels That Were Sent Out To Die
Elon Musk wants to know how many fake accounts Twitter has, but experts say his approach is all wrong