How ‘Princess Mononoke’s Exploration of Man vs. Nature Endures the Test of Time 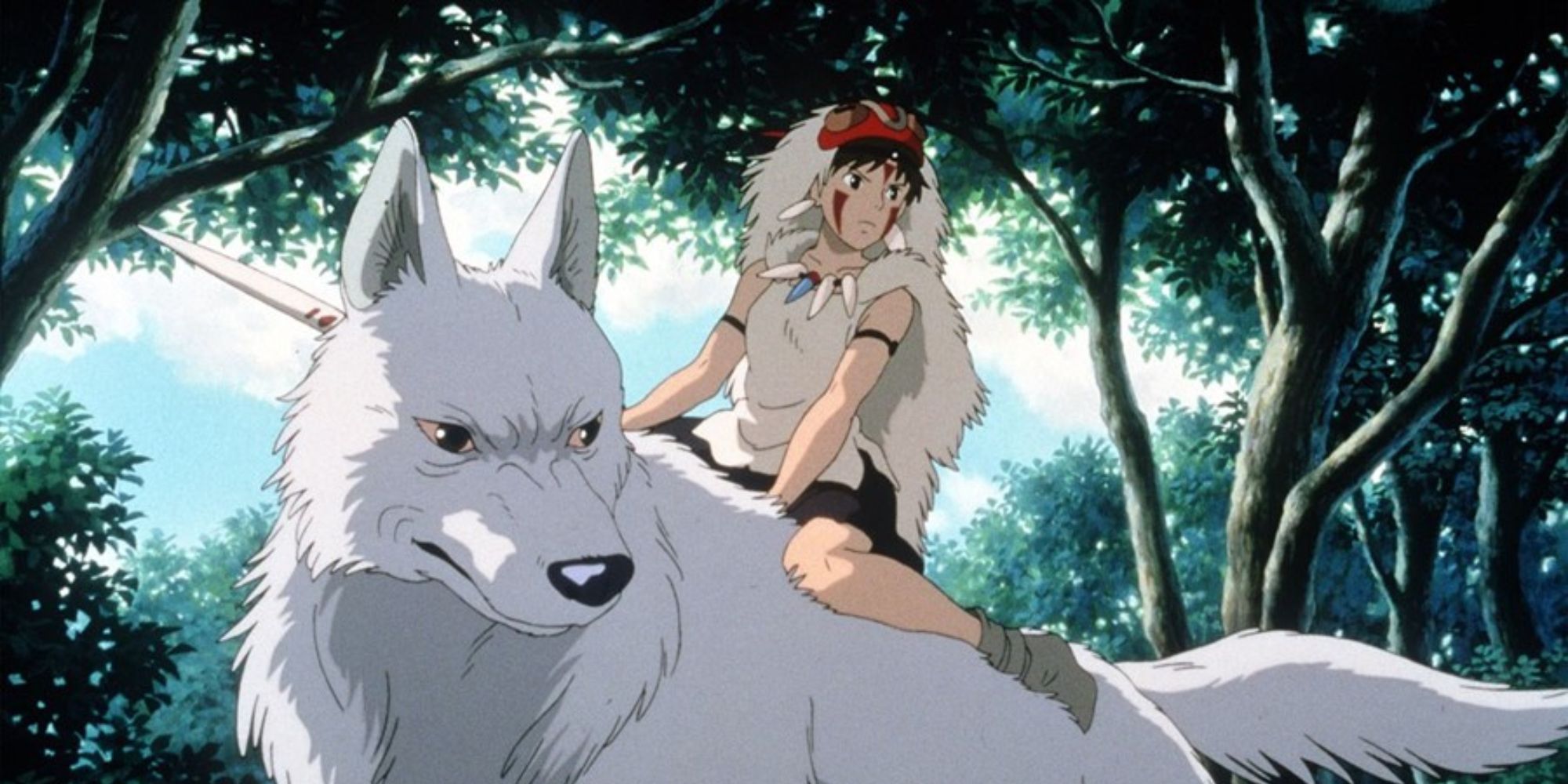 Visionary director and Studio Ghibli co-founder Hayao Miyazaki once said in a translated video interview: “If you don’t spend time watching real people, you can’t do this, because you’ve never seen it.” This maxim alludes to a fundamental reason why the Tokyo-born artist’s films cannot be lumped with and categorized as being tantamount to other anime films of the same period. In spite of their supernatural elements, Miyazaki’s works distinguish themselves because they feel deeply grounded in reality. The characters that populate his films feel as if they could exist outside of them, walk among us as fully-fledged individuals with habits and wishes, virtues and flaws. These characters guide us through stories that provide a reflection of our own world, drawing inescapable allegories and parallels. This reflection is tinted by a dreamlike aesthetic and fantastical elements, that nevertheless, bolster the universal appeal of the director’s features.

COLLIDER VIDEO OF THE DAY

Miyazaki’s 1997 Princess Mononoke shares this universal appeal due to the timelessness of its core themes. When introducing the film at the Toronto International Film Festival the iconic animator said: “With Princess Mononoke, I intentionally threw out all the rules of entertainment movie-making, which is why it will take some time for a true evaluation of this film to emerge. ” Thanks to Miyazaki’s unconventional filmmaking vision, his works have an enduring spark that can still dazzle the audience decades later. But more than entrance the audience with its uniqueness, Princess Mononoke holds a powerful message that not only withstands the test of time but also acquires additional pertinence as the years go by. This 25-year-old animated picture possesses an everlasting heart that makes it the perfect film to revisit on World Environment Day on June 5.

If stripped down to their fundamentals, Miyazaki’s films all contain a very human essence that transcends any cultural or social barriers. In Princess Mononoke, the human world has disrupted the natural world to the point where the latter is compelled to fight back. Since the dawn of man, our species has sought ways to get ahead and evolve, often at the detriment of other species, the environment, and even ourselves. This 133-minute-long feature understands the universality of the never-ending tug-of-war between humanity’s greed and impetuous desire for progress and Nature’s desperate need for conservation. Miyazaki demonstrates a profound understanding of humanity’s inexorable march towards progress which habitually does not account, or cares to account, for those trampled in its wake. However, he strays from reality to illustrate what would happen if Nature took up arms and decided to retaliate. The usually voiceless victims of our blind ambition are given a voice, one that sounds louder than any other precisely because it is often silent.

How Miyazaki decided to give a voice to Nature’s side in the conflict is not something that appeared to him in a vacuum. The director’s real-life influences and sources of inspiration serve as the groundwork for his projects. For instance, Princess Mononoke‘s forest environment is based on the southern Japanese island of Yakushima. Subsequently, this setting was brought to life and given a fictional dynamic as a result of the influence of the concept of Shinto. The prominent religion in Japan, Shinto means “way of the gods” and sees the world as being abounding with supernatural entities called kami. Although it is often translated to “god” in English, we are not necessarily omnipotent, omniscient, immortal, or even humanoid in nature. In Princess Mononoke, the kami are the personified forces of nature, like Moro (Akihiro Miwa) and Okkoto (Hisaya Morishige), that rise up against humans and their exploitative ways.

Although Miyazaki discourages attributing a religious interpretation to his films, it is clear how he drew inspiration from Japan’s most prolific religion. The masterful storyteller weaved aspects of Shintoism into his film, which we can also clearly observe in his subsequent blockbuster hit Spirited Away, creating a textured set-up without becoming limited by it. Miyazaki does not believe in dogmas and Shinto does not impose upon believers any imperative codes. “My own religion, if you can call it that, has no practice, no Bible, no saints, only a desire to keep certain places and my own self as pure and holy as possible,” Miyazaki explained in an interview. “That kind of spirituality is very important to me. Obviously, it’s an essential value that can’t help but manifest itself in my films. ” Although he denies making Shinto or any religion the foundation of his movies, it is clear that it served as an influence in the creation of imagery and characters like the Deer God, as well as being interconnected with the message of respect for the “purity”. of places like the forest where San (Yuriko Ishida), Moro and her offspring live.

This manifestation of his cultural influences plays a bigger role than solely aesthetic value. The elements derived from Shinto are used thoughtfully to explore both sides of the argument at the center of the story. The anthropomorphic kami and all other fictional characteristics from Miyazaki’s film do not alienate the viewers, instead, they advance its core themes. The conflict at the core of Princess Mononoke is not depicted as a simple clash between forces of good and evil. If it were, if it followed a more conventional structure, it would be far less impactful and thought-provoking. It’s thanks to Miyazaki’s comprehensive understanding of human nature and his ability to see other shades beyond black and white that his works are endowed with subtleties and nuances.

It would have been easier to make San the hero and Lady Eboshi (Yūko Tanaka) the villain but instead, the director made them both good and bad in equal measure, or rather, he completely relegates the concepts of “good” and “bad” to the realm of subjectivity. San and Lady Eboshi seek to protect their own and destroy the antagonistic “other”, both consumed by either resentment or ambition, thus making for a realistic portrayal of what is often the nature of conflict: not a struggle between good and evil but opposing interests. clashing against each other.

In between San’s and Lady Eboshi’s opposing sides is Ashitaka (Yōji Matsuda), the last Emishi prince. Ashitaka serves as the mediator, the one without a dog in the fight, who is able to see how both sides are threatening to destroy one another. It is Ashitaka who opens their eyes to the truth they have been blind to, that nothing good can ever stem from hatred. When he stops the two women from fighting to the death in the middle of Iron Town, he uses his cursed arm as an example of what hatred does to people: it festers and ends up eating them alive.

Princess Mononoke is not concerned with taking sides but revealing everyone’s humanity, flawed as it might be. The film’s perspective is mainly Ashitaka’s perspective, that is to say, it adopts a nonpartisan view that leaves it up to viewers to discern the moral of the story without spoon-feeding it. Miyazaki does not force the audience to pick a side and instead shows them the urgent need for balance in the world, for harmony between humans and nature. Without harmony, both sides suffer, and no one truly wins. Even as Lady Eboshi thinks she has emerged victorious by shooting the Deer God’s head off, her violent act only serves to condemn everyone who inhabits the forest: humans, flora, and fauna alike. The climax of the film drives home the point that humans should not forcefully adulterate, steal or usurp what does not really belong to them.

Princess Mononoke allows nature to have a voice, a collective will that revolts against Iron Town and its destruction of the forest. Despite its fictional elements, the conflict at the heart of the story imbues it with universal appeal. Twenty-five years after its original release, Princess Mononoke has not lost its thematic relevance, on the contrary, it has gained more and more dimension as time moves forward. Since the movie’s release, the forces of modernization and human greed have not diminished. The environment is still being pushed to extremes. The repercussions of climate change, pollution, and deforestation are still felt today and are not tending to get better. Princess Mononoke not only retains but also expands its thematic relevance because humanity has gotten closer to the abyss and not farther away from it. The need for harmony and peace on Earth has only grown more pressing with time. Thus, the film’s message transcends any temporal barriers and reaches us even louder than back then.

The world is ever-changing, Miyazaki knows that, but he is also aware that there are characteristics of humans and their connection to each other and the environment that are too intrinsic to be abandoned. His observant nature allows him to ground his themes in reality regardless of how fictional and imaginary his works are. Miyazaki is not an optimist, but he still finds ways to inspire future generations due to the enduring thematic consistency of his films.
Princess Mononoke
‘s end represents a sort of rebirth, the director offers a glimmer of hope, a burning flame amidst a snowstorm that encourages one to keep moving forward. Instead of choosing to hate, we should all strive to have Ashitaka’s courage and empathetic soul. To save the world from destruction, humans’ blind pursuit of continual progress needs to be forsworn and substituted for actions to restore, connect, and harmonize. Be it 1997 or World Environment Day in 2022, this message and these themes are just as relevant now as they were then, rendering
Princess Mononoke
as an immortal example of a remarkable exploration of the discordant relationship between humankind and nature.